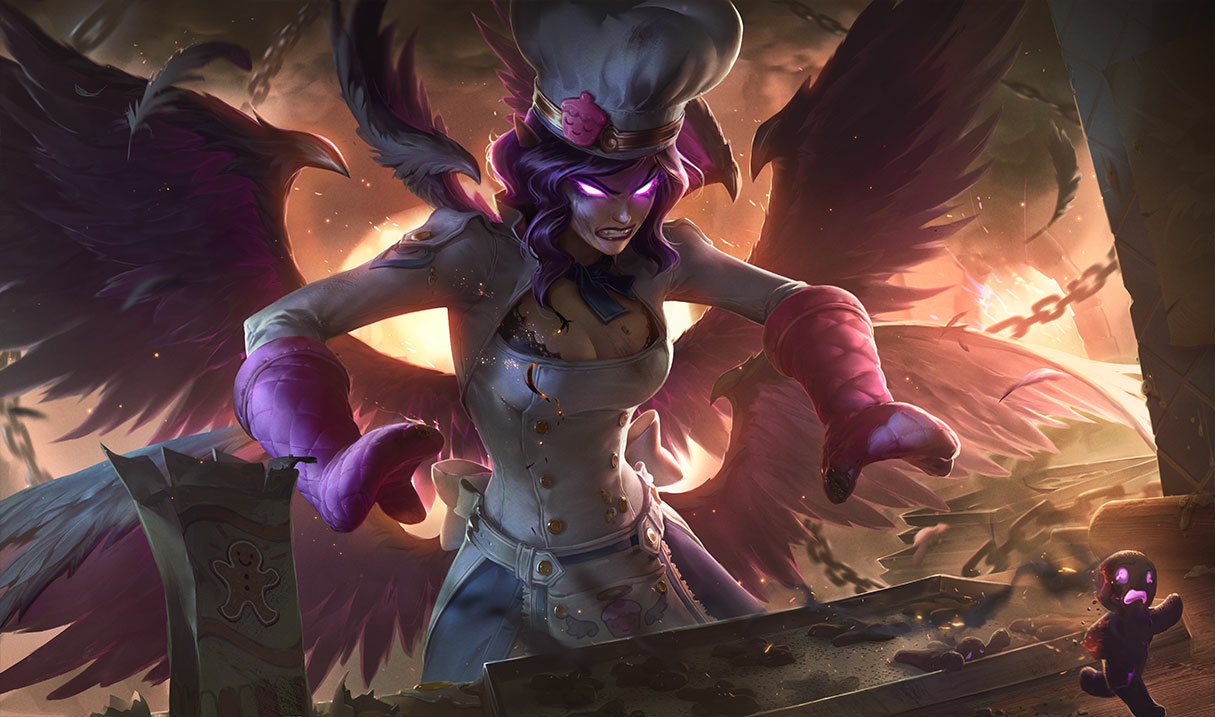 An artist has created two amazing skin concepts for Morgana that has the Fallen Angel join the Event Horizon skin line, both as a Dark Star and as a Cosmic Herald.

Reddit user slowndark posted the art to the League of Legends subreddit. Each cosmetic seemed very fitting to the theme of the Dark Stars and the Cosmic Entities.

In her Dark Star skin concept, Morgana features the same faceless style that the rest of the champions in the skin line have. She also matches the way that Dark Star champions have menacing claws instead of hands, and she even has a glowing red eye. Her wings and dress look like they are made of constellations and galaxies, which is a nice take on how Morgana would look in the skin line.

On the other hand, Cosmic Herald Morgana gives the champion a much more humanized look compared to the Dark Star concept. Morgana looks regal and almost theatrical with her appearance, with the main difference between the Dark Star skin being her hands and her face—it looks like she’s wearing a masquerade mask, but her human face is clearly seen beneath.

Since this is a fanmade skin, we probably won’t see this concept in action within the game. Some people in the community have even called for Riot to implement a player-created content system, with a bit of the revenue going to creators. With the amount of amazing concepts floating around, this idea could be incredible for the game and artists alike.