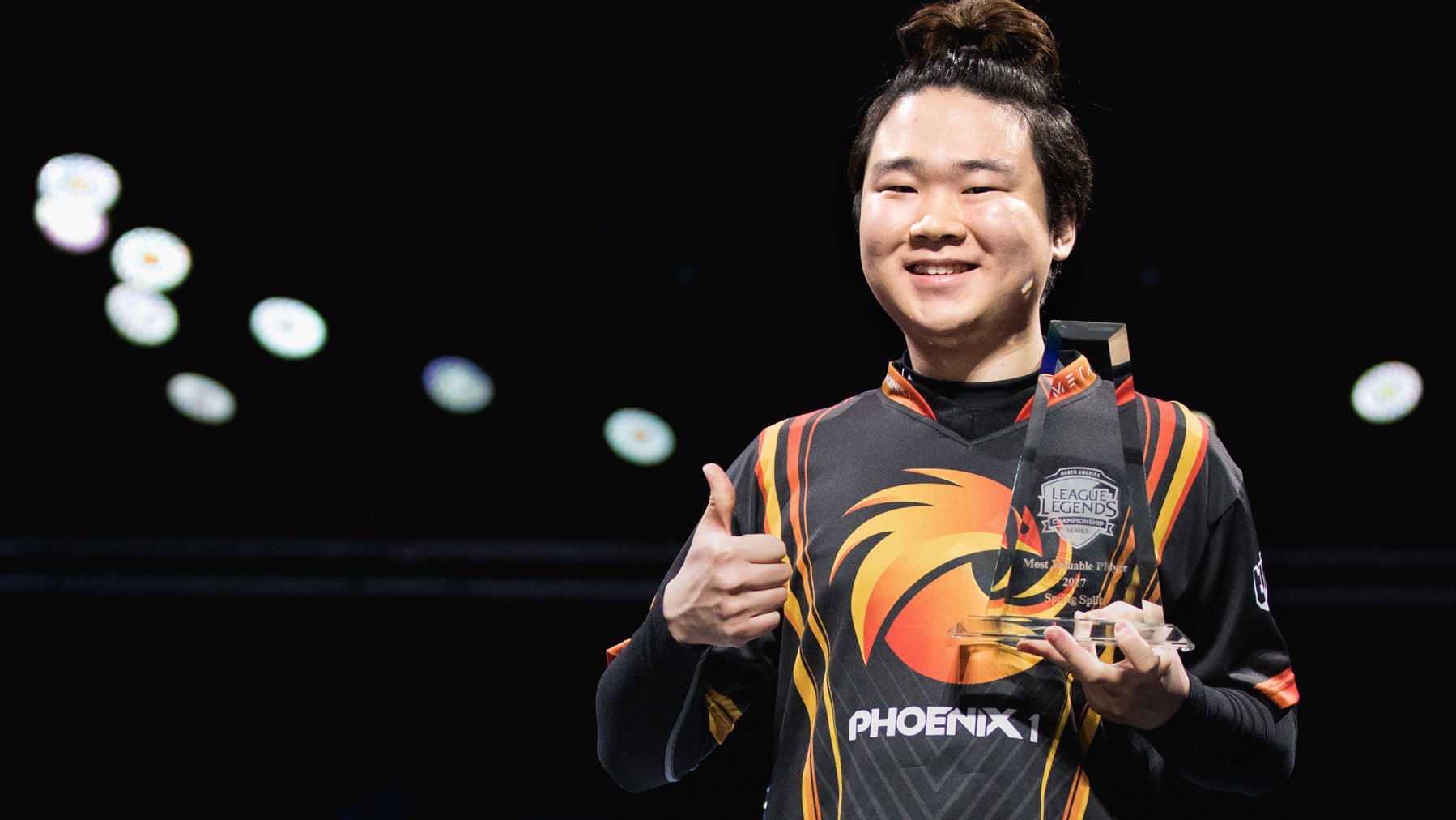 Noh “Arrow” Dong-hyeon was perhaps the most overlooked import to the NA LCS last offseason.

In fact, he wasn’t even the most anticipated member of KT Rolster to come over—that was Kim “Ssumday” Chan-ho, who went to the revamped Team Dignitas. In fact, it wouldn’t have been odd to count Arrow as the second-most important import to his own team. After all, mid laner Yoo “Ryu” Sang-wook came to Phoenix1 fresh off a semifinals appearance at Worlds. Ryu also had experience playing in the West and seemingly had an advantage in terms of integrating with the team.

But at the end of the split, it was Arrow who earned the Spring Split MVP award. And what a deserving award it is.

But first, a necessary caveat—some of Arrow’s win came because Kevin “Hauntzer” Yarnell and Søren “Bjergsen” Bjerg split the TSM vote. Bjergsen’s numbers weren’t quite as good as usual this split, but anyone who’s watched TSM carefully understands how much TSM builds on his ability to press mid lane against everybody. And as we detailed earlier, Hauntzer’s growth as a carry and shot caller made him a valid MVP candidate as well.

If that wasn’t enough, Season 7 produced a meta that was mostly unfavorable to ADCs. It’s not that they couldn’t do damage. It was more that the champion pool was constrained to lethality-based utility carries with low mobility and reliance on skillshots.

But nobody hit those skillshots like Arrow, and nobody carried harder at his position than he did. He was able to go even in lane after lane, regardless of the matchup and seemingly irrespective of which support player he was paired with. And after the laning phase, Arrow was a monster.

We’ve detailed his dominance before, but the numbers bear repeating: second in kills but with the fewest deaths among full-time players. First in KDA by a mile—KDA is an unreliable metric, but the difference between Arrow and second place was almost as big as the difference between second and last. And he wasn’t just stealing kills, either. He was first in damage, again, by a mile.

His teamfight positioning was superb—combined with skillshot accuracy, his ability to kite around a fight, dealing out damage at max range, is a sight to behold. MVP is a regular season award, but Arrow’s teamfight prowess has not slowed down.

As we noted when we first wrote about the MVP vote, this is an extremely competitive award. There are so many good candidates. But as much as players like Hauntzer, Bjergsen, and Ssumday carried their teams, Arrow carried just as hard from a position that didn’t lend itself to carrying. There are a lot of reasons why Phoenix1 went from the promotion tournament to stay in the LCS to semifinals in one split, but the list starts with Arrow. It’s safe to say that nobody is going to overlook him for a long time.