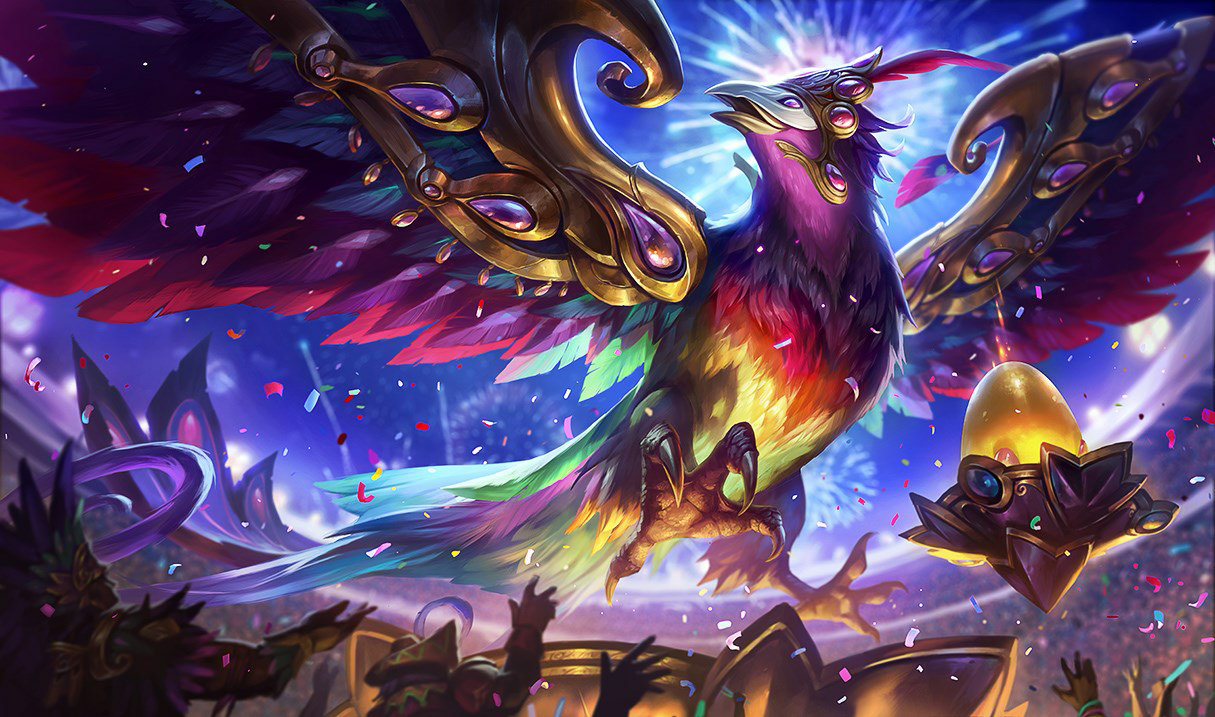 There are certain champions that truly show their full potential in League of Legends’ URF mode, and Anivia is one of them.

In a clip posted to Reddit by user bcotrim, an Anivia player accumulated at least five waves of minions under one of their mid lane towers by using the Cryophoenix’s ability Crystallize (W), and then releasing them altogether to take down the enemy base.

In normal games, Anivia’s wall lasts for only a short while before melting, which prevents the creation of near-permanent walls in the game. But in the URF mode, the ability haste of any champion is increased by 300, empowering the Cryophoenix’s ability kit with an unmeltable wall and a never ending Glacial Storm (R).

The player took advantage of the Awesome Buff of Awesomely Awesome Buffing, thus creating an indestructible wall in the mid lane that blocked minions under their tower wave after wave. Before the 20-minute mark, however, hell was unleashed at Anivia’s signal.

She waited for her team to capture the Baron buff and reach the mid lane before releasing her army of minions and “bringing the storm” to her opponents doorstep. Moving towards the enemy towers, Anivia and her teammates encountered little resistance from the enemy team.

Before the minions were set free, the enemy Lucian tried to take a few of them down with his ult to no avail. More than 50 minions empowered by the Baron buff were marching to victory, accompanied by their captain Anivia, her teammates, and a Herald ready to dance.