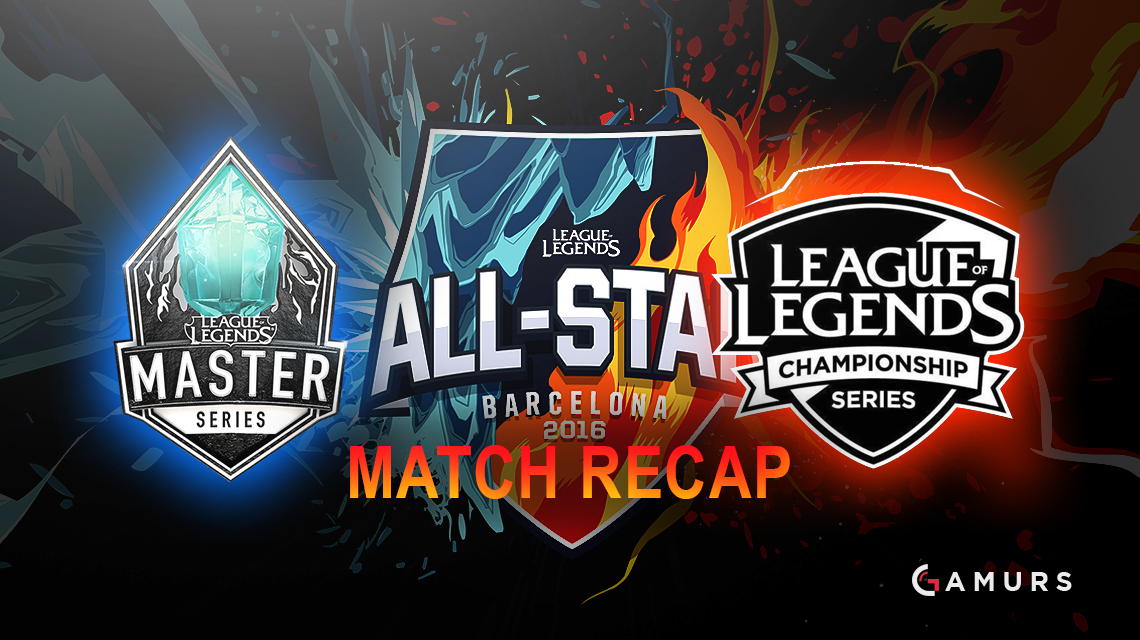 It is that time of year again, for the season-ending event after the World Championships, All-Stars 2016. Teams were created by fan votes to compete in a glorious competition. The third match of the day was the IWC All-Stars playing against the LMS team. Here’s how things went down:

Huang “Maple” Yi-Tang’s 100th professional game started off with a successful counter gank for the LMS. The IWC regional GPL got a little greedy and chased a low Ryze into a four-man team to take first blood for the LMS region.

Some action in the bot lane gifted GPL their first kill of the game by the seven-minute mark, but at the cost of two for the LMS after a teleport from Chen “Ziv” Yi.

The LMS continued to dominate for the early stages of the game after another failed gank in the mid gave the LMS a double kill and their first dragon by 10 minutes.

There seemed to be no comeback from the IWC team, with the LMS grabbing their first ace and three towers from a multi-lane team effort a few minutes after the dragon was taken. The LMS secured a 10k gold lead just 13 minutes into the game.

There was really no luck for the GPL team, as the LMS was able to slowly and surely take more kills, more towers and more objectives, securing their first inhibitor under 20 minutes. The IWC’s GPL was simply unable to do anything as the LMS finished off the game within 20 minutes to take the win for Team Ice.