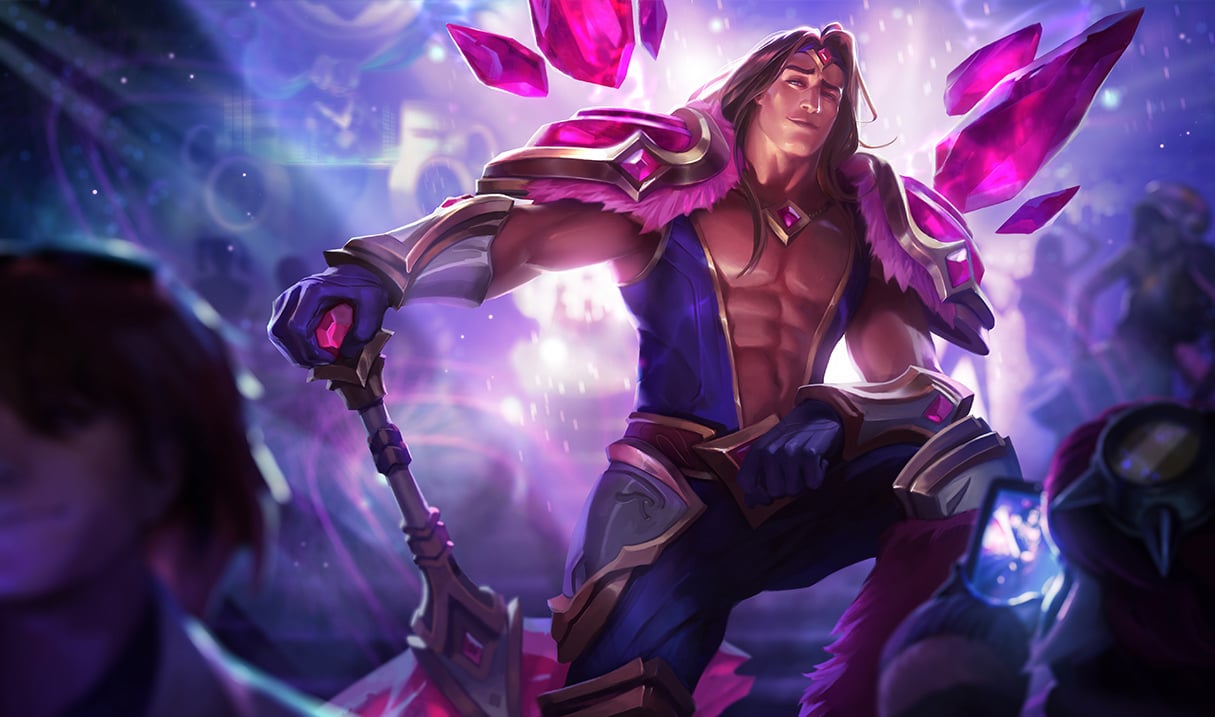 Two of League of Legends’ bulkiest champions were sadly left behind when tanky supports became viable again. Tahm Kench, Thresh, and Braum have all been played in a myriad of professional and top tier games, but Alistar and Taric have sat on the bench.

Don’t worry though, as of the latest round of PBE changes, buffs are on the way.

They certainly don’t look like they need buffs. After all, look at those pecs, and Alistar doesn’t go around yelling “YOU CAN’T MILK THOSE” at his tiny opponents simply because he can—it’s because you honestly can’t milk them. It doesn’t matter what “they” are. You just can’t milk them, okay?

Despite their burly strength, Taric and Alistar are simply too underpowered to be viable picks in the current meta. Where Taric is supposed to be a playmaking tank that doubles as a healer, both his early game disruptions and healing are a little lackluster. Alistar is supposed to be a late game scaling tank that becomes way too unkillable, but right now, his late tankiness simply isn’t enough to outweigh his horrid laning phase wrought with high cooldowns and mana costs.

Did someone say “gems”?

Let’s start with Taric. The gem connoisseur might be the epitome of visual perfection (he’s hot), but he needs some serious help with his gameplay, so he’s getting the most of these buffs. For starters, his mana regen is being amped up, so spamming his newly buffed abilities is going to be less punishing to his longevity in lane.

The biggest change is coming to his healing ability, Starlight’s Touch. Its mana cost is being raised by 10 at first rank, but by its max rank, the cost is lowered by 30. Each heal stack will now have a base heal of 30 at all ranks instead of scaling up with ability rank, but they will now scale off of one percent of his total health per stack rather than 1.5 percent of his bonus health. This means he will heal for a ton more at all stages of the game. On top of that, each Bravado-empowered attack will now instantly grant one charge rather than lowering the cooldown. Overall, this is a significant buff to his heal.

His stunning ability, Dazzle, now has the same 15 second cooldown and 1.25 second stun duration at all ranks, rather than scaling up from 17 seconds and one second respectively. That’s more of a tweak than a nerf or buff, but it will also deal considerably more damage at all ranks, which is a flat buff. It’s a pretty sizable buff, and will absolutely improve his damage trading in lane. After these buffs, Taric will likely be played more, as it lessens his laning phase weakness quite a bit without hindering his phenomenal teamfighting power.

We get it, man. We can’t milk those. Stop rubbing it in.

Along with having perhaps the best emote spam in the entire game, Alistar also has some exceptional late game power. Unfortunately, that isn’t enough to make up for how awful his laning phase is. He suffers in lane so much because his cooldowns are way too high to intelligently trade duels with his bot lane opponents. His abilities’ mana costs are so high that even if the cooldowns weren’t so long, he still wouldn’t be able to use many abilities. Once he levels up into the mid game and his mana pool grows a bit, it matters a lot less, but in lane it’s straight up punishing.

Rather than buff his lane presence though, Riot is opting to accentuate his strengths—late game and teamfights. This should make his abhorrent laning phase at least a little more worthwhile. To accomplish this, his ultimate ability, Unbreakable Will, is getting amped up. Specifically, its damage reduction is being increased at all ranks by five percent, meaning it will cap at 75 percent damage reduction rather than 70. This ability is already pretty strong, so much so that it nears the “oppressively OP” category, so this should push it over the edge. If Alistar times up his ultimate correctly, he can become an unstoppable wall of muscle in teamfights, perfect for a wombo combo team or one lacking a front line.

With it being even stronger after this buff, it should make him slightly more appealing, but ultimately, it seems like he’ll need some love in his laning phase, even if it’s only a little bit, if he’s going to survive in this meta.