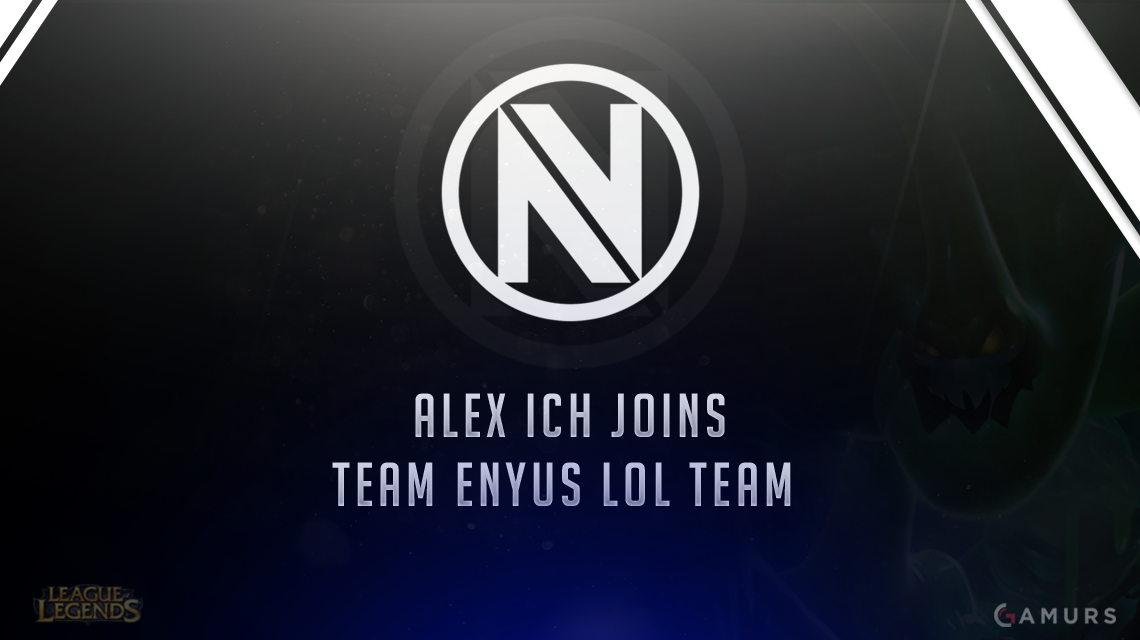 eSports giant Team EnVyUs entered into the realm of League of Legends with the purchase of Renegade’s spot in the North American League Championship Series.

Shorty after that, they announced their roster, with three of the five starters coming from the former Renegades squad, including mid laner Noh “Ninja” Geon-woo, support Nickolas “Hakuho” Surgent, and top laner Shin “Seraph” Woo-yeong. EnVyUs completed their roster by adding both Benjamin “LOD” deMunck, and Zach “Nientonsoh” Malhas for the ADC role, and filled the jungle spot by signing Kim “Proxcin” Seyoung.”

Now the team has announced the arrival of another former Renegades player, Alexey “Alex Ich” Ichetovkin. Alex Ich, after spending some time with the Challenger team known as Team Dragon Knights, rejoins his former teammates on EnVy where he will be the substitute mid laner behind Ninja. Alex Ich will also get back together with his former coach from Renegades, David “Hermes” Tu, who moved to EnVy directly from Renegades.

Team EnVyUs will see their first live action in the NA LCS when they play against NRG eSports on Friday, June 3. They will then finish their first week in the 2016 Summer Split by playing Team Liquid on the following Saturday, June 4.

What do you think about the addition of Alex Ich to the Team EnVyUs roster? Let us know by commenting below or tweeting us @GAMURScom.