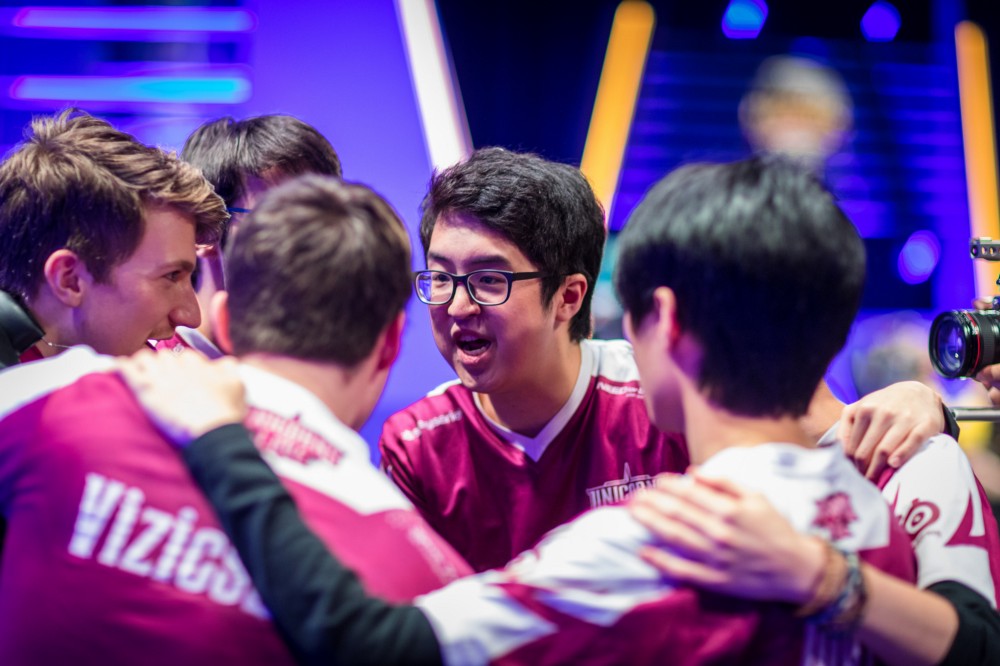 Fabian Schubert admits he always takes a little while to settle in when he first gets on stage.

The 19-year-old Unicorns of Love mid laner known as Exileh is still just coming off his first LCS split. And in his debut on the international stage Saturday at IEM Oakland, Exileh’s early game nerves showed.

Exileh was behind, but he wouldn’t stay that way for long.

In fact, that would be his very last death of the series as he finished a combined 14/1/6 to lead the Unicorns to two sub 30-minute wins in their sweep of INTZ.

“It’s all about gathering stage experience,” Exileh told Dot Esports after the match.

Fortunately for the fans at IEM, Exileh’s stage experience on Saturday produced several highlight reel plays, including this picture perfect Cassiopeia flash ultimate that resulted in a five-man stun.

TSM will not only be looking to move past their disappointing performance at Worlds but also to avenge a loss to Unicorns of Love at IEM San Jose in 2014.

Exileh acknowledged that it will be a tall task to go up against TSM, who will likely have the support of their hometown crowd, but he said UoL’s up to the challenge.

“It’s a really good opportunity to test how we are as a team,” Exileh said of the matchup. “All the pressure is on them. I think we can make a surprise.”

He told us he felt the comparison may be based on the fact that he and Bjergsen currently have similar champion pools, but he added that most professional mid laners picked similar champions such as Viktor, Cassiopeia, and Ryze on the patch 6.21 meta.

Speaking of the 6.21 meta, Exileh said the Unicorns had a hard time finding scrim partners to prepare for IEM because most of the other pro teams preferred to practice the 6.22 preseason patch.

You might be wondering why IEM isn’t being played on 6.22. A representative told Dot Esports they made the decision months ago while planning the tournament before it was clear whether or not the next patch would be released and tournament ready.

To compensate, UoL simply played scrims on 6.22 but with the champions that were strong on 6.21. From this experience scrimming on 6.22, Exileh told us he thinks the added utility some of the reworked assassins got in the patch might be enough to bring them into the pro meta.

“Leblanc is going to be played for sure,” he said, citing her increased wave clear, “broken” passive and ability to play “mind games” with her ult.

As far as mid lane champions go, Exileh said Talon’s increased mobility makes him a more likely candidate than Fizz or Katarina for pro play, but that it will take time for people to fully figure out their new kits before we know for sure how they will perform.