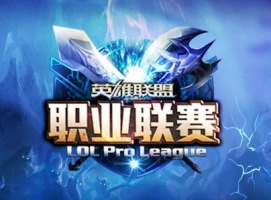 Since LPL will be the biggest league next year and with all the Koreans going there, I feel there should be some kind of guide to people who are completely new to LPL. I will also be writing about Chinese League of Legend scene in general, like streaming and Chinese forums, etc, and if there are things you guys want me to cover, do let me know by comment or email.

L.ACE is the organization that organizes the teams in LPL and LSPL as well as some other teams not in either league. Compare to KESPA though, L.ACE feels a lot smaller and less significant. The entirety of L.ACE consists of twenty plus people, and when I was talking to them they said they were more like a mediator between Tencent and the teams, as LPL is hold by Tencent. L.ACE isn’t really involved in LPL’s broadcasting, or advertisement either, but they do play a role in creating the tournament format and approving player transfers, etc.

Also, L.ACE is a branch of ACE, Association of China Esports, if you’ve never heard of ACE before. The Chinese name of ACE suggest Association of Chinese Esports Club, however, and they did say they were like a club union in my interview with them. They are also pretty welcoming to foreign media.

Tencent is the tournament holder of LPL. I haven’t met them yet, so I can’t say much about them, aside from the fact that they have QQ and a bizillion games under their wing I guess. They also create the LPL format along with L.ACE.

PLU is the broadcaster of LPL. The OGN of China, you could say. A lot of popular Chinese casters stream on PLU. Aside from that…not much interesting streamers there. Personal opinion. TGA belongs to Plu if you’ve heard of TGA before.

They make a lot of good content. Most of their interviews feel too short though, compared to content Thoorin or Richard Lewis make for the west.

So that’s the biggest streaming platform in China and where most of the better streamers will be. Well, I say biggest, but, it feels like there are so many bots in China, so it’s so hard to actually tell which one is the biggest. But at least Alexa doesn’t lie, right?

It will be interesting to see their streaming line-up for next year. LPL expanded to twelve teams so some people will probably not be on Douyu next season. But OMG Royal and EDG are all on twitch, so I guess they will be fine.

Branch of yy.com that focuses on video games. Relationship between huya and yy is like that of twitch and justin.tv I guess, the difference being that a lot of people still use yy, both streamers and viewers. A lot of streams visible on yy are also visible on huya, and vice versa. Sometimes they have different viewer count, so I guess people stream to both platforms at once?

Sponsor of Huya Tigers, in case you don’t know.

Dade and Looper are contracted to stream here. They also hosted X championship series toward the end of LPL last year (yes, Chinese host third party tournaments during LPL). Not sure how much they will stream though. A lot of pros don’t like streaming because it distract them from matches.

I heard this is where the VG players are contracted. One of the lesser popular platforms in China. Mata, Heart, and Dandy arrive on the tenth, so we will probably see some action next week if it is true. But they might not because, as I said, people don’t always like streaming.

Things that you see on Chinese platforms but not on Twitch

On most Chinese platforms there are one or two popular observers (on Douyutv there are quite a few). They spectate pros in soloq and commentate on these soloq games, and nobody really minds since most Chinese pro don’t stream.

They also re-stream popular streamers like Faker sometimes. Pretty sure every time Faker streams he gets more view on Douyu than on Azubu.

Some also stream old match vods like OMG vs Najin, Royal vs Fnatic, WE in IPL5, etc. Chinese like to indulge in their victory.

Common feature on Eastern platforms. Comments fly across the screen. I feel like it works better for niconico because of smaller viewer numbers, but an epic bullet screen is pretty awesome to look at too.

No ads during stream

Yes they don’t have a “play ad” button when they are streaming.

Afrecca.tv from Korea has this too. It pretty much means “cute girl doing cute stuff.” Make sure you don’t click on random stuff when you visit a Chinese platform. Unless you want to, of course.

If you want to know what I mean, go to the front page of yy.com They were the first one to be famous for doing this, but nowadays everybody does it.

Up and Coming Teams

So far they’ve beaten OMG, EDG, and Royal in BOs on the old patch. Not in BO5 or the new patch yet though. I also feel like instead of playing around what they know the best, Chinese teams tend to play around the other team’s weakness a lot more. So I wonder what they will be like after people start to figure them out.

Definitely good to see a new team being able to break to the top though.

When I was talking to Vasilii he was like they weren’t decided on the mid-lane yet. Kind of makes you wonder what free agents are still out there. If they pick up Cool, not only would they get a strong line up, but also complete their set of handsome players. No wonder VG has so many female fans.

LGD has a pretty close relationship with VG, and both team have really good management, so I expect them to do well. Wonder if they have like a sister-team-ish relationship, cause they do live close together.

Dade and Looper. Looking really strong and already a popular team in China. Wonder what the Koreans will bring.

Not sure what iG’s complete lineup will look like yet. Fly and Save are not as clear cut as the Samsung players either.

Good pick ups but when are they going to use them?

I feel like we shouldn’t speculate too much about the rosters till everything is out. There also is the “are the mix roster going to work factor”. So I will end it here. OMG is on a downward streak and Royal is doing okay. Royal lost to King on the old patch but I don’t think they are too concerned.

I will leave some links to Chinese observers and you can watch Chinese soloq there if you are interested.

Anything you guys are interested in, wanting to know? Email me at [email protected] or leave a comment somewhere. I will answer questions and complete the guide at next post.

Just some things that I found interesting

There are a lot more female streamers than we typically see in the west. A lot of them are actually pretty good.