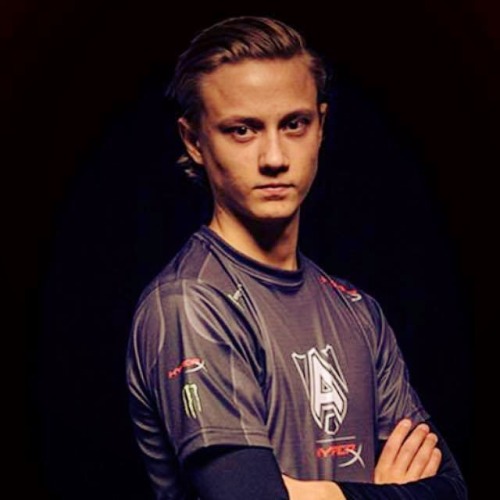 As many of you may have seen here the young AD Carry, Martin “Rekkles” Larsson has voiced his unhappiness with his current team Elements, and is reportedly seeking a way out of the team. Elements finishing in 7th place in the EU LCS, missing the playoffs, have had a very disappointing showing this split considering the expectations going into it. A lot of people viewed the acquiring of the up and coming star AD Carry as an upgrade over their old AD Carry Erik “Tabbz” van Helvert, and viewed Elements as a contender for the next worlds championship. As it turned out that was far from the case, the cracks in the Elements armor have just gotten bigger and it seems that Rekkles brought a hammer to try and fix them.

This whole situation seems like a Deja vu when Rekkles wanted to leave Fnatic and on the surface it may seem like he does not want to be on a bad team, he does not want to be on a team that has no potential on winning worlds. In the case of Fnatic, their 3 main players were set to leave Fnatic and make their own team, so the future of the team looked uncertain, would Fnatic recover, would they even stay in the LCS, it was unknown. Looking at Fnatic now, they are (still) a top 2 team in Europe, would they be in the same position if Rekkles were to stay in the team, most likely yes, maybe make them slightly better, but Rekkles did not want to take that risk, so he jumped ship and went to Elements Now it seems he wants to rejoin Fnatic, but is that a good idea. He already abandoned the team once and is doing the same thing to Elements, is he worth the risk when you know now that he would join another team when a slight hiccup occurs, when you aren’t going to be a contender for worlds? What if the meta shifts out of Fnatics favour and they suffer from it? Will he be willing to stay in the team? A lot of questions are rising about his loyalty, to stick with a team that is no a down swing.

But if you look at it from his perspective, you can’t really blame him, he has no real other options if he would want to win worlds, which he has shown the desire that he does. If you look at Elements its a complete mess, focusing on things that make no sense and ignoring their core problems. Something that showed the season before Rekkles joined them. But I digress, looking at the pro players life their peeks don’t seem to last long, 1-2 seasons tops and looking at Rekkles, it makes you wonder if his time has passed by the way he was playing on Elements, or is it just a case of looking bad because the whole team underperformed, or even more likely, is it his play-style. On Fnatic Rekkles shined most because he was not the main threat on the team, most of the times he wasn’t even the second threat on the team, of course that does not mean that he couldn’t carry the whole game but those were far and few in between. Now on Elements, he only had the option of being the main threat, something Elements needed, something Rekkles wasn’t familiar with and looking at the results it did not go well. But again I digress, Elements was never the team for Rekkles, so he is looking a way out, wanting to join Fnatic, and on paper that would make Fnatic slightly stronger, not to mention Rekkles wouldn’t have to be the main threat on it, much in like the old Fnatic, but has that ship sailed, are Fnatic willing to risk the chemistry and cohesion aspect of the team for the slight improvement in the AD Carry position? If I was them, I would need to do an extension interview with Rekkles and only then would I consider him an option.

His other destination would be SK Gaming. A team which focuses heavily on getting their AD Carry ahead and putting him in a position to carry and be the first threat in the team, something Rekkles has yet to prove. With the current problems SK is having with their star AD Carry FORG1VEN, it seems more likely than Fnatic but at the same time, more questionable. SK Gaming relies heavily on the AD Carry position to do just that, carry the game, will they be willing to change the playstyle just for him? It would damage them as a team and they would most likely drop some places in the EU LCS. Getting Rekkles onto SK looks like just a quick fix.

So where is Rekkles going to go, will he stick with Elements or will Fnatic give him another chance, maybe SK is going to take a big risk on him. At this point I don’t believe it is much up to him, yes he has a desire to win and constantly improve as a player, but you have to look at this whole situation and think, is the damage already too great, is the reward greater than the risk?

Personally I believe the best fit out of the 3 teams is Fnatic, he has already played with Yellowstar and there shouldn’t be any synergy problems. It would fit his play-style and Fnatics.