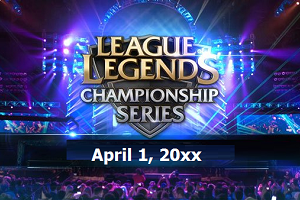 League of Legends ranked games are decided by champion select, ping, internet connection and blue side advantage as every player plays at a perfect mechanical and technical level.  Zed, Kalista, Thresh, Leblanc, Xerath, and Sejuani are permanently banned in ranked soloq.  Riot has released a statement saying that it is permissible to dodge a match if Ashe, Garen or Gangplank are picked in champion select or the above characters aren’t banned. Bronze players look back upon the Faker-Ryu Zed duel and scoff at the obvious mistakes that were made on both sides while Challenger players are busy wondering how Zed made it through pick and ban.

Professional games are all best of 3 sets, rotating teams between Blue and Purple sides. The surrender function is now in champ select so if Zed is allowed through, teams can forfeit and fix their bans for next game. Riot has instituted an in game timer specific to professional play, preventing games from lasting more than eighty minutes because no team is able to kill each other or take objectives due to perfect mana management, poke, flash usage, and wave control in a LAN environment. Games that go to time are decided by aggregate creep score, meaning games are decided by the jungler champion pick as every laner has perfect creep score.

A statue of Faker has been erected in the Riot Games studio. The last anyone has heard from Faker before he set off on a quest to find a true challenger in the 20XX age were “my work here is done.” Meanwhile, Apdo has been allowed to compete in the LCK only to find himself a below average professional player.

A replay system has yet to be programmed into the client, but players no longer request one due to already having perfect play.