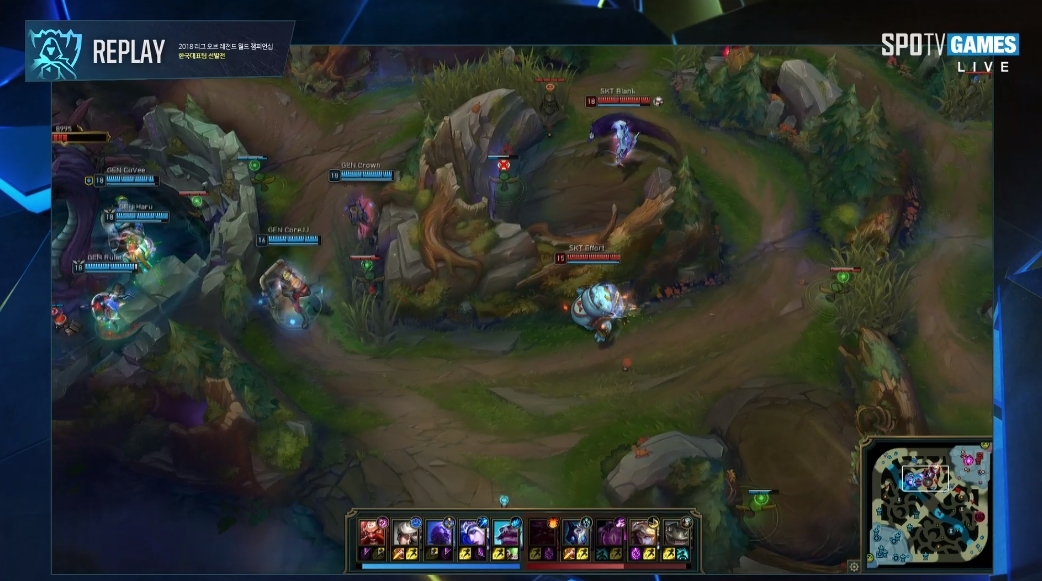 Yet another bug has popped up in the LCK, this time striking in the first round of the World Championship regional qualifier.

In game four of SK Telecom T1 and Gen G`s first round match, a bug appeared causing nine of the 10 players in the game to freeze. The only player able to move was SKT support Lee “Effort” Sang-ho`s Tahm Kench, who casually strolled past his frozen teammates.

At the time the bug appeared, Gen G had just started the Baron, which looked to be uncontested as SKT needed to tend to their inhibitor-less base.

Immediately after the bug occurred, the match was understandably paused so that the bug could be investigated. The result of the investigation was a chronobreak, rewinding the game back 10 seconds to the 44 minute mark.

Thankfully the chronobreak proved successful, and the game resumed without any issues.

Following the the chronobreak, Gen G secured the Baron they’d started and, soon after the Elder Drake. With both major map buffs taken, Gen G easily ran their way into SKT’s base, thus bringing the match to a game five.

But the bugs didn’t end in game four. Prior to game five, yet another roadblock appeared, this time preventing the players from entering the pre-game lobby. After a short break though, that bug was also cleared, allowing teams to enter the final draft phase of the series.

Related: How to watch the LCK’s World Championship regional qualifier

This year’s LCK regional qualifier is set to run from Sept. 12 to Sept. 16.