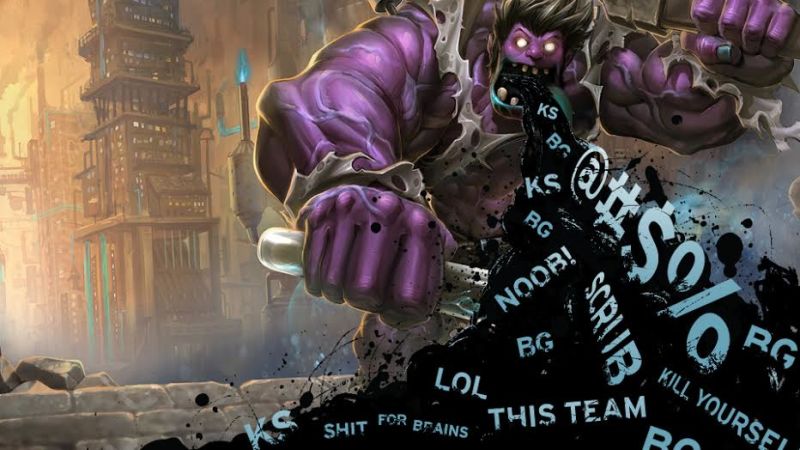 By far the most important note to have in any team game. You can’t be on a team of players where you insult or blame the people intended to assist you for the next 20-60 minutes. If you’re spending more time focusing on the failures of a team-mate, there’s no way you’re making up for it. Toxicity lies in negativity, and you need to be positive.

The mentality of a player lies deep in their ability to problem solve during stressful times. Toxicity is the visual display of someone that can’t handle stress, or problem solve, let alone both. At any moment, you should be considering ‘why’ you’re doing something, but not ‘why’ someone else is doing something.

This is not intended to over-look bad players. If you see someone doing something they shouldn’t, you should address them. However, this constructive criticism should be quick and quiet, before the opposing team has the time to notice your team’s flaws. This is a strategy game after all.

This is not addressing the common thread of whose role warding is. This is addressing the common game mechanic of vision. In League, most of the arena that you play on is devoid of light, applying an effect called ‘fog of war’. This ‘fog of war’ is a strategic mechanic that applies a darkness to an area that can only be revealed by a playable character’s radius, or wards. Wards are your assisting tool to reveal enemies and their ‘plays’. You should be warding every single chance you get. The difference of one ward could be the epic baron steal, or the escape of a 5-man gank that costed you your division promotion series.

If you’re not sure what wards to use, or where to put them. Learn from your enemies. As of recently, you are able to see ward ‘remnants’ which are icons displaying destroyed wards of both teams. This is an easy way to learn how your opponents are warding and to play with it, or around it.

With recent additions of the Dynamic Queue, you are able to play a more focused role. I am currently a Primary Bot, and Secondary Mid. By picking a role, you are not excused from not knowing how to play a champion. You should know at least 4 champions in your intended role for each game, as well as others that are subsidiary picks to compliment your team’s comp. Go learn some new champions, I promise it’ll be fun, just not in Ranked. Never play a new champion in Ranked.

With a deep champion pool, you have more selection. You are able to play counter-picks, and change your fit when you are counter-picked. This also allows you to be stress-free in pick and ban, which speaks towards the mentality of the game before diving into it.

It’s not expected that you know exactly how to build every champion in the game. With patch changes, buffs, nerfs, and the surge of new items, Riot Games makes it impossible for you to feel confident in every item that you buy. You should be buying the recommended items when learning a new champion. Those items are listed to show you the differences between one champion and another, even though they might be in the same role. Some Champions don’t get certain benefits that others do, based on their kits, and you wouldn’t know that unless you discovered it yourself.

Certain builds are also particular to the game you have in front of you. If the entire team is tanky, you’ll need some penetration. If they do a lot of physical damage, you’ll need some armour. If you need to chase them down, you’ll need some speed. These are all subjective to change in every game, so do not think that each game is the same.  Every champion has core items, that you’re going to need to access their full potential, but depending on how the game is paced, and how far away ‘[email protected]’ is, you’ll need to assess what items to get.

Every single one of these previous points comes down to the fact that you need to play the game. You will not be better at League of you’re not playing. You might be able to read the patch notes, but you won’t know why certain champions should be banned by simply looking at numbers. If every game is different, then you’re taking every game you’ve played into consideration. You could play a million bad games, but every decision you’d make in a good game, is based on those bad games. Learn about advantages, shot calling, team-play, mechanics, the methods of your ELO and so many more things while you play the game. You can’t get better at something by not doing it.

These 5 ways to be a winner in League of Legends are targeted to those who are climbing the ladders. To those who want to be higher ranked than a friend, or a player who is interested in the adventure we call League.

If you think you have better ways, let me know in the comments below.

Thanks for your time.

This article was originally posted on www.writewilde.com