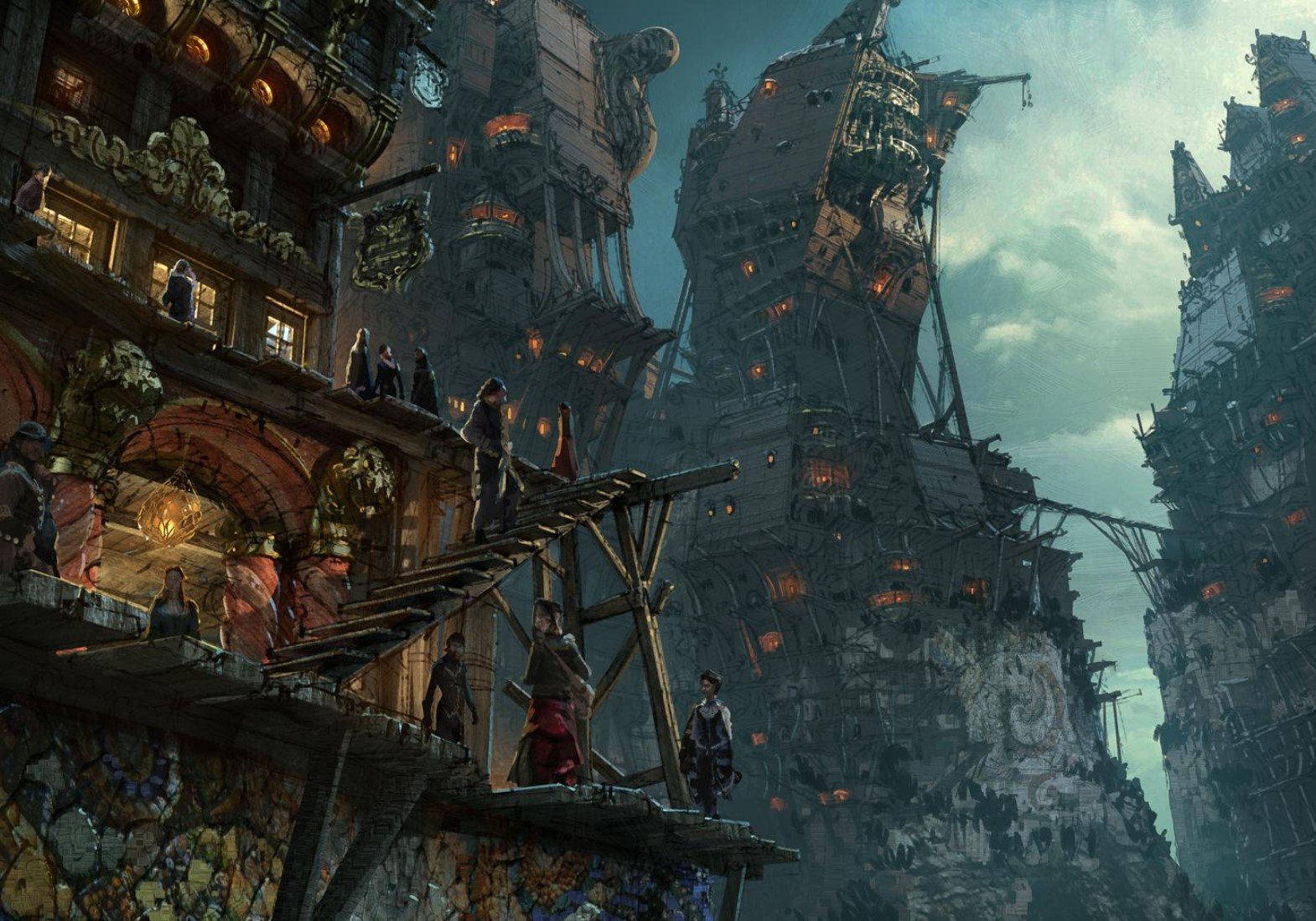 A new MMORPG from Riot Games based in the League of Legends universe has been confirmed. Riot posted an official job listing for its MMORPG team on the company’s website yesterday.

While a release date is still a pipedream and the game is most likely going to be launched in the distant future, Riot is still hitting the ground running. Buzz is already generating around this idea of a game.

Here are five things we’d like to see in the upcoming League MMO, whenever it’s released.

The lore of League is already rich in content, but much of it is hidden behind a glass curtain. Whether it’s in the form of cinematics or the League universe website, there’s seemingly always been some sort of extra step that fans have to go through

As far as the actual game of League goes, lore has always taken a backseat to gameplay. The story of League is almost, if not entirely, impossible to absorb in a standard five-vs-five game.

This upcoming MMO might just serve as a proper avenue for the lore of Runeterra to be introduced to the average fan on a much wider scale. Streamlining the lore of the game into one medium and making players interact with it firsthand, as opposed to going through YouTube and watching third-party videos, is going to be a huge win for Riot.

The mark of a great MMO is its iconic zones. From Queensdale in Guild Wars 2 to the Elwynn Forest of World of Warcraft, the zones that make up vast continents have become iconic on their own. “Worlds within the worlds” are a key part of the worldbuilding process and the more iconic regions from Runeterra that Riot is able to bring to life in this MMO, the better.

While the world of Runeterra is sure to be a large-scale continent with various regions, cultures, and environments, those regions that make up the world should feel like miniature “worlds” on their own. Completing major questlines, getting to know big-name NPCs, or simply exploring everything one zone has to offer should feel just as immersive as the wide-reaching world.

As important as it is to feel like you’re exploring Runeterra, it’s going to be just as important to explore the different regions it has to offer. Progressing through iconic League zones such as Bilgewater or Demacia should feel rewarding in and of itself.

The relationships between champions have always been a little foggy on their surface. League’s lore does a solid job of letting players know which champions are somehow related to each other, but only the surface is ever really scratched. Sure, it’s common knowledge that Vi and Caitlyn are pals and that Ezreal and Lux are dating, but the nitty-gritty, one-to-one relationships between characters have room to grow in this new MMO.

If every region of Runeterra is going to be explored in this game, then the major champions that defined those regions—and how they interact with each other—should be a focal point of the game’s story. If a player heads to the Freljord, they should have the option to dig deep into the sibling rivalry between Ornn and Volibear. In Bandle City, the love triangle between Tristana, Teemo, and Rumble deserves its time in the spotlight.

It feels like almost every champion in League has some sort of connection to another character on the game’s roster. No champion is a loner (yes, even Yasuo). And with an open world filled with complex characters and expansive regions on the table, the possibilities for exploring their various intermingling webs of relationships and side anecdotes are vast.

If fantasy role-playing games are known for anything, it’s the countless races and classes that make up the core character creation process.

Not much is known about how races and classes will work in the upcoming League universe MMO, but we’re hoping that the options to choose from will be vast. As far as races go, Runeterra is limited in original races that go beyond human variants. Yordles should definitely be on the table, though.

Potentially, classes could be based off of the various roles from League. Marksmen, mages, and juggernauts could easily make up groups in this new MMO. Player’s abilities could be based on some sort of amalgamation of moves from champions within League—or they could be entirely original.

Regardless of what approach Riot takes in designing player customization for this upcoming game, our one major request is that the race-class combinations that players can choose from remain fluid. Limiting players’ freedom right from the get-go in character creation is never a good look for an RPG, so keeping the character creation process as open as possible would be a genuinely good sign of things to come.

Since its inception, the League universe has run on the fuel of its most important characters. Names like Garen, Darius, Caitlyn, and so many more have played major roles in building Runeterra from the bottom up. But with this new MMO on the horizon, Riot has a real chance to make some lesser-known characters shine.

While learning more about the characters that laid the foundation of Runeterra is certainly an intriguing prospect, diving into the present stories of the characters that make up the everyday aspects of the world is something Riot should give some attention to with this upcoming MMO. For every story about great war generals like Jarvan IV, a quest about a soldier in the Demacian army would suffice. When the great pirates of Bilgewater like Miss Fortune and Gangplank dominate the story, a side quest about a small-time dock worker would do wonders for the game.

With such a big world to work with, filling it with intriguing characters beyond League’s known commodities is going to be an important task for Riot.