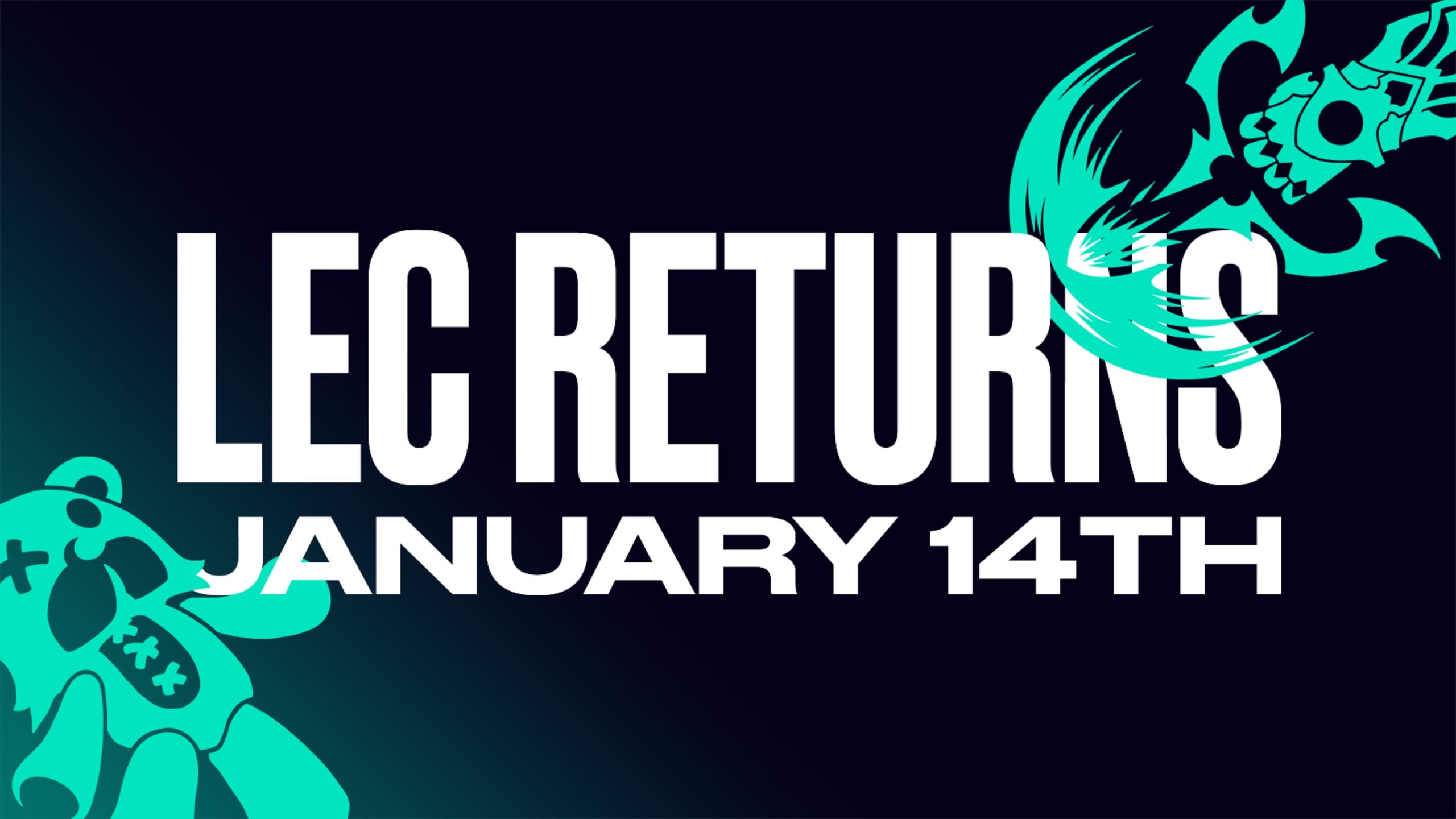 The competitive League of Legends year might be approaching its end with the 2021 World Championship about to begin, but European fans will be happy to know that they won’t have to wait long to watch their favorite teams compete next year.

The league has confirmed that it will be starting up again on Friday, Jan. 14, 2022. In the announcement post, the LEC also said because it isn’t sure of the impact the COVID-19 Delta variant will have next year, it’s not planning for any type of live shows for next season yet. It was a priority for the league to put its resources into something more concrete for 2022 instead of putting time into a plan that could end up being canceled.

As a result, the LEC plans to improve online viewing with a better virtual fan experience for those at home. The league is still monitoring the situation around the pandemic, and if it improves, an LEC roadshow could be in the works for the 2022 Summer Split.

The LEC first entered an online-only format in March 2020 to mitigate any possible risks toward the players, fans, and staff on-site. Since then, the league has allowed players, staff, and broadcast talent back into the Berlin studios, but no fans will have entered the premises in two years starting next spring.

Next year should be an exciting time for fans of Europe, with a couple of established organizations getting set to make some big moves in this coming offseason. Team BDS is coming in as the newest addition to the LEC and will need a new roster, while multiple reports suggest G2 Esports is rebuilding its roster with some star players leaving for greener pastures.