Brazil, as a developing League of Legends region, will sport the weakest team at the tournament. Even though paiN Gaming comes off of a dominating victory over KLG in the IWC qualifiers, it’s difficult to see how either teams can compete internationally. Many fans would argue that paiN gaming would be a mid-tier LCS team, which is still very far from a global power. Dropping a game to paiN Gaming will be an upset of equal proportions to Kabum beating Alliance in the 2014 World Championships.

Since the split of the GPL at the beginning of the 2015 season, the non-Taiwanese teams have certainly looked much weaker than their counterparts. The LMS has exhibited a much higher level of competition. The previously bottom-tier GPL team Bangkok Titans, however, have qualified for Worlds as a wildcard by defeating Chief eSports in the finals. Like, paiN, it’s hard to see this team winning any game that wouldn’t be considered an upset.

Outside of IEM Katowice, the world hasn’t had much of a chance to see the Flash Wolves in any sort of global action. FW surprised TSM by taking the first game in a best of 3 series, but failed to secure the next two matches. As the second seed from LMS, FW will be in the second pot, but it’s difficult to see a group without paiN or BKT in which FW wouldn’t be considered the weakest team.

Quite possibly the biggest fan favorite heading into this tournament is Cloud 9. Following their miracle run through the gauntlet, the team morale is probably at an all time high. Morale, however, is not enough to garner wins at tournaments of this caliber. After reverse sweeping Gravity and Team Impulse, C9 did not struggle much versus Team Liquid. This implies some sort of synergistic growth within the squad. The weakest link of the team, in terms of individual play, will be Hai. Hai could perform to an average level against NA’s top junglers, but it would take a trip to the Hyperbolic Time Chamber to turn him in to a world class jungler within a month’s time.

Team SoloMid, the previously dubbed as Kings of NA, have been dethroned. As illustrated by their popular web series TSM: Legends, the team faces many issues involving coaching that has plagued them during the summer split. Making it to the finals by defeating Team Liquid and Gravity is not enough to consider this team world class. On top of that, Dyrus and WildTurtle have had the thought of retirement looming in the back of their minds, which will obviously affect team morale. Unfortunately for NA’s most popular team, it doesn’t seem likely that TSM will see success during the month of October.

After a great run during both the spring and summer split, H2k look to finally compete internationally as Europe’s #2 seed. Ryu also finally gets his shot at Worlds and seeing how he fares versus top tier mid laners. Unfortunately, this is not the Ryu of OGN Summer 2013, so it is unlikely that he will singlehandedly make the difference in H2k’s international endeavors. Even as a strong team from their region, H2k will need to improve a lot if they hope to escape their group.

After their impressive win over TSM in the NA LCS Finals, CLG have regained many of their previously lost fans. The oldest team in League of Legends finally has the crowd chanting “CLG” after many years of disappointment. This squad is the strongest iteration of CLG since Doublelift’s prime in Season 2. Now the team can boast mechanically gifted players in every lane, which is essential for even thinking about competing on the world stage. Pobelter has proven to be a huge improvement over Link, but it is still uncertain how he will perform internationally. Doublelift, who has already proven himself as a world class ADC, will be the hope of most NA fans at this competition.

Origen have proven to be the second strongest team in Europe, only losing out to Fnatic. However, the team have only secured the #3 seed from the region due to the new qualification system. OG will pose a challenge for many teams at this tournament strictly off the basis of experience. xPeke, Soaz, Amazing and Mithy have faced international competition before, and with a good group draw, this team is likely to make it to the next stage of the tournament.

The KOO Tigers, previously known as the GE Tigers, are not the team they were in the early part of the season. At one point, it could be argued that this squad was the absolute best team in the world. After their disappointing showing at IEM Katowice, the team has never looked as dominant since. Even though they come out of Korea as the second seed, it is hard to see this team being better than any other squad from either Korea or China. 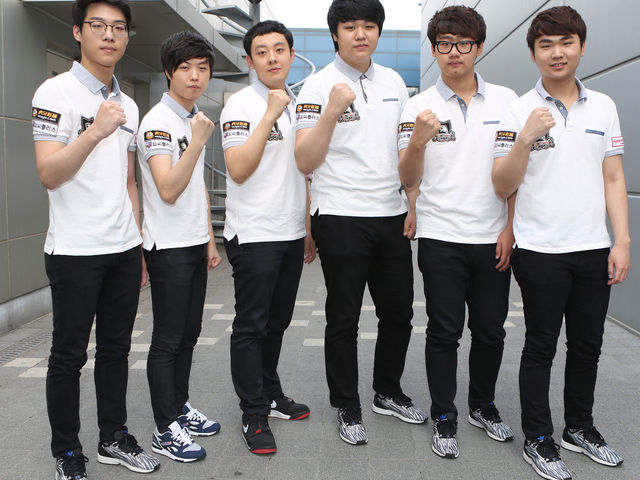 Nobody has benefitted more from the new LMS than AHQ. Now, constantly facing better competition, AHQ has evolved in to a world class team. It is rumored that AHQ often put up great results scrimming teams like EDG and SKT. The team who failed to get through groups looks significantly stronger this time around, and it is very likely to see this squad of now experienced players get through the group stages. Mountain and Westdoor’s synergy will be the team’s greatest key to victory.

Many western fans would put Fnatic much higher on this list, but it is imperative to remain realistic. Nobody is denying that Fnatic looked impenetrable during the summer split, coming back from 5k+ gold deficits on multiple occasions. However, if the playoffs showed us anything about Fnatic, it is that they have flaws. Dropping 2 games to Origen in the finals showcased that the team is definitely not invincible, and seem to struggle playing outside of their comfort team compositions. Even with their recent struggle, if YellOwStaR’s shotcalling, coupled with Huni and Febiven are left to carry a game, Fnatic has the potential to go very far in this tournament.

Invictus Gaming comes off of a win in the LPL Regionals to secure the #3 seed. The team had previously struggled as Zzitai could not perform well on carry champions that the squad assigned him too. The inflexibility of the squad who hosted superstars such as RooKie and KaKAO really showed after dropping a series to QG in the playoffs. The team, however, displayed that the meta is shifting in their favor after their run in the LPL Regionals. Top lane carries such as Fiora and Gangplank will benefit Zzitai greatly in the upcoming tournament. Not to mention, KaKAO will be the strongest jungler by far in this competition.

KT Rolster comes from Korea as the #3 seed, even though the team is the undeniable second best from the region right now. Ssumday, who is arguably the best top laner in the world, has been a key part of this team’s identity for the past few months. Ssumday is extremely good at playing from behind, which is something that is crucial in the current meta of lane swaps. Nagne looks significantly better than he did just a few months ago, which may have to do with the current mid lane meta. Piccaboo, however, is what really made the difference in the team. After acquiring the support from rivals SKT in June, he has had a huge impact on team structure. The duo of Score and Piccaboo is likely to pay off on a global stage where jungle and support synergy is crucial.

EDward Gaming were defeated 3-0 by LGD in the LPL playoffs, which raised a big red flag for the entire team. Deft, who has fallen off from MSI, showed his weaknesses in the finals. Obviously he remains one of the world’s greats, but he is far off from being the absolute best, as he previously was. It is crucial for this team that Deft and PawN return to their MSI form within the next month if they wish to win the tournament. Koro1 is significantly better than AmazingJ so it is unlikely that the team would rather AmazingJ play throughout the competition. If EDG work on their main issues during the next month they still have a good shot at winning the entire tournament. 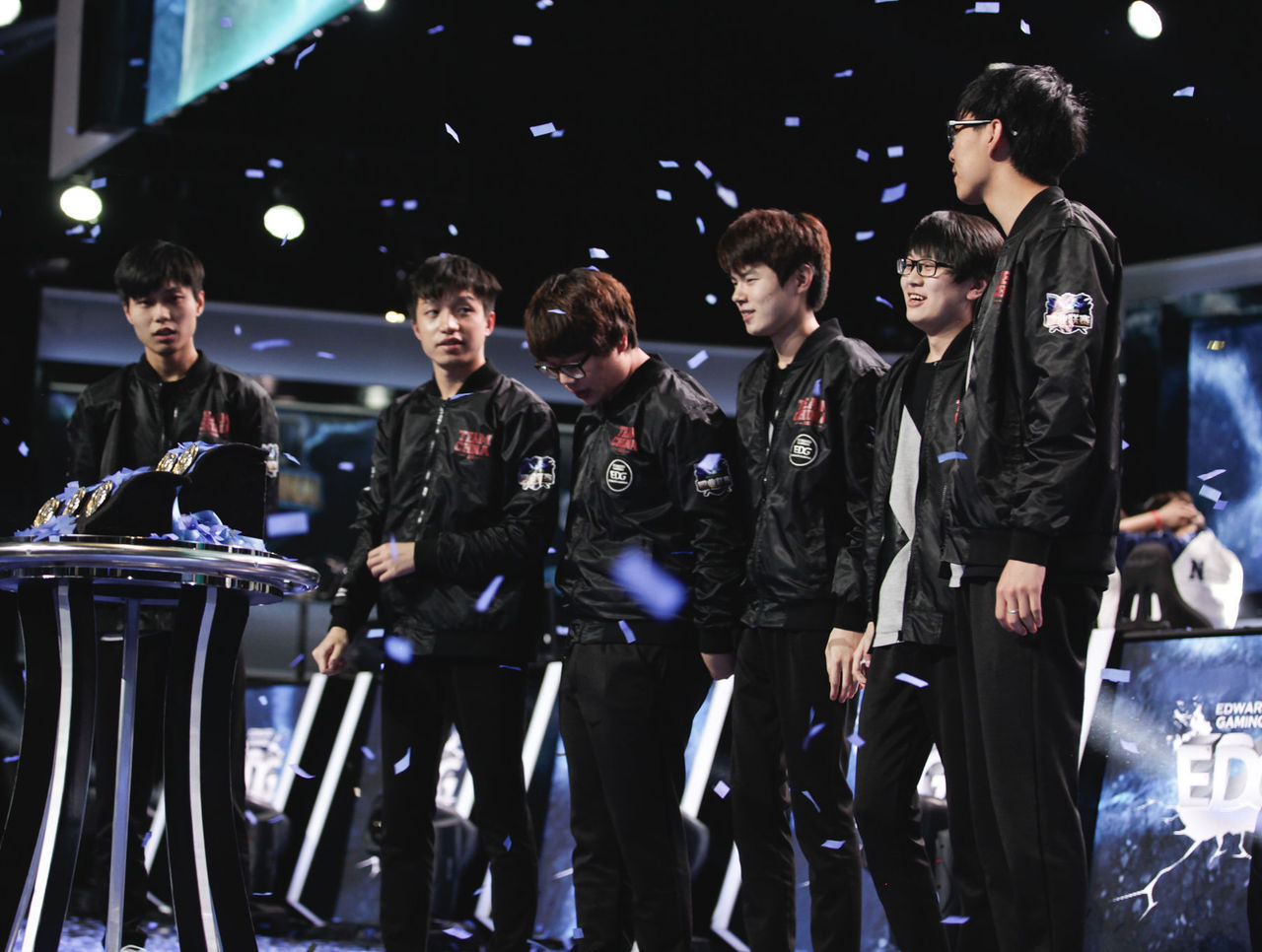 SKT T1 may be the overall fan favorite heading into Worlds. The most globally supported League of Legends team is more likely to make the finals this year than not. Even though they failed to qualify for the 2014 World Championship, this iteration of the team looks significantly stronger. With both Faker and Marin being able to singlehandedly control games, there isn’t much competition for this squad of stars. Faker’s only true competition this tournament will be his kryptonite – Pawn. Outside of facing Pawn, Faker will appear to be miles ahead of his competition and will show why he is the undeniable greatest to ever play the game. The only area of the game which will be SKT’s weak point is potentially their bot lane. SKT’s bot lane, even though definitely world class, is not as good as LGD’s. Imp has shown that he is the world’s best ADC at the moment, and it is difficult to see Bang competing on his level.

LGD, after their amazing 3-0 of EDG and 3-2 win over QG, look to be the world’s best team right now. Boasting amazing players in every position, the team wants to win the 2015 World Championship. Imp and Pyl are currently the world’s best bot lane, bar none. After dismantling both TnT and Deft, Imp appears to be in his best form ever, even greater than his 2014 Worlds victory. With either Flame or Acorn in the top lane, the team’s play styles are extremely flexible, which is crucial to international competition and any Best of 5 series. GODV has shown that he is arguably the greatest mid laner in China, which should mean that he will not get destroyed by Faker, all a team should need. With SKT and LGD in the finals, LGD will come out on top.