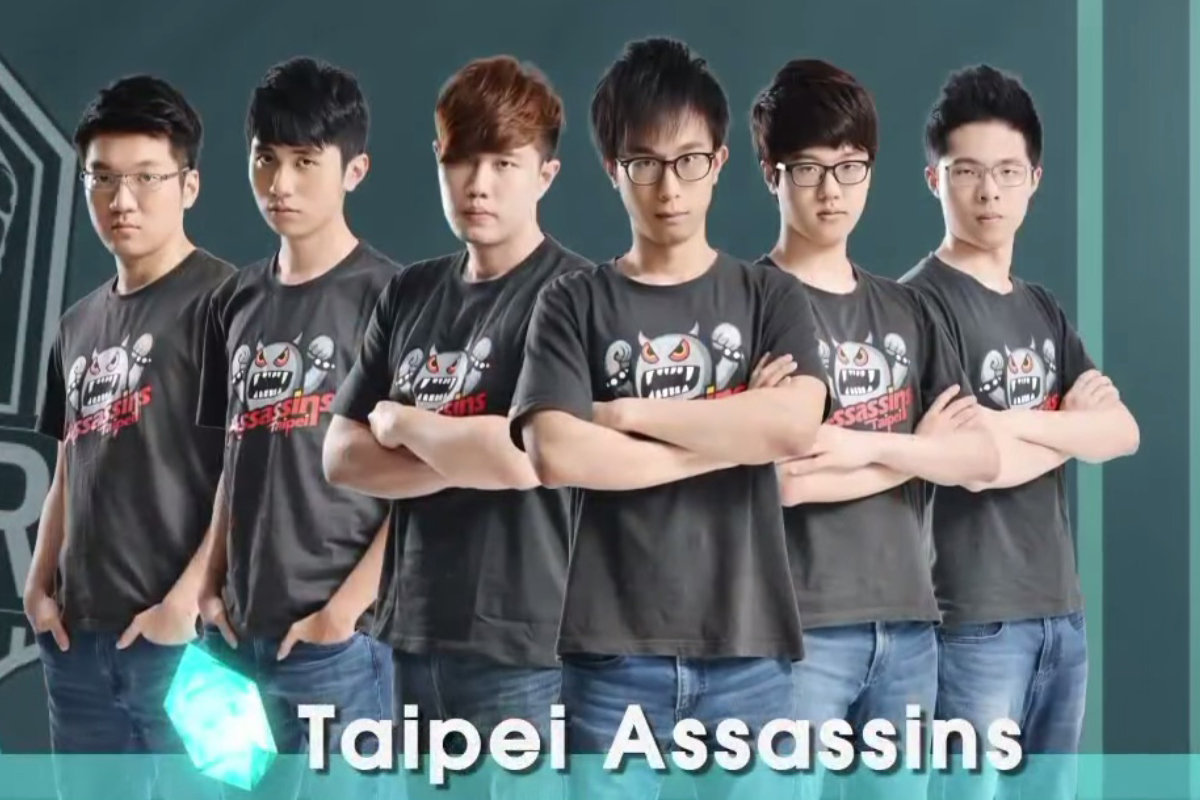 The Assassins have had a down split, relative to their performance in the GPL last season and in the LMS last split. The beginning of the end was signified by Winds stepping down from competitive play, with no interest to return, as he wished to focus on studies and streaming. Losing their team captain, primary warder, and primary engage threat left the team at odds as they scuffled for most of the season.

TPA struggled with identity issues, as they found themselves confused in the early and mid game without their team captain, Winds. The team even looked towards several role swaps, as they tried playing Yue at top and support, and three different junglers over the course of the split. Chawy held TPA up in the standings with his stellar play, singlehandedly staving off a drop to the bottom of the bucket.

They were able contend with top teams towards the end of split, like HKE and ahq, but only went 1-3 in those matches, even though they had considerable gold leads in each game. TPA even got a bit creative at the end of the split, running a Nocturne(mid)/Shen combo to dive onto ahq’s Jinx pick. However, the team’s surge was too late and just missed playoffs as the 5th place team in the split.

Morning role swapped from the mid lane to the top lane in order to make room for the Singaporean star, Chawy. Morning suffered from unbelievable passivity in the mid lane, leaving him as a mediocre carry. Overall, the role swap has been rather lateral, but having Chawy mid lane makes the role swap effective, in that way.

Morning’s laning phase has shown to be his largest strength as a top laner, averaging a 4.7cs lead over his lane opponent at ten minutes. Morning, however, has shown weak usage of teleport and is generally a subpar team fighter aside from his Gnar. However, recently, he did show proficiency on Shen in teamfights. Morning is mediocre, but considering the top lane talent pool in Taiwan, is serviceable .

REFRA1N is most known for being the jungler for the Flash Wolves, prior to Karsa. He was also very well  known for only being proficient on Kha’zix, Jarvan, or Lee Sin during his tenure with the team. The acquisition of REFRA1N isn’t a blockbuster deal, but it provides a more experienced player and a louder voice to the team, as the other junglers before him were rookies.

He still hasn’t shown the ability to play tanks particularly well in this meta, as his teamfighting on non-assassin type champions has always been questionable. However, he has found his small champion pool of Gragas and Rek’Sai to work very well for him. No doubt though, he can be easily banned out and forced onto something much less comfortable. While he hasn’t been able to match Winds’ vision game, he has definitely been an improvement over Domo or Pony in this regard. REFRA1N is in a similar situation to that of DIG Helios, where his ability as a player is rather shoddy, but his influence and experience has it’s merits.

NOTE: Although Chawy has recently been banned, I found it necessary to explain his importance to the team.

Chawy is the diamond in the GPL rough, showing himself to be capable at the highest level of Taiwanese League of Legends. Chawy has arguably been the player in the LMS this season, as he attempted to carry a Winds-less TPA. While his laning phase is not overpowering, his sheer mechanical and teamfighting ability has him on another level. He is in a very similar situation to Bjergsen, where his team is very lacking around him and requires him to carry a majority of the weight. Until Lupin’s resurgence, he was very much alone in dealing damage for the Assassins.

Chawy was only behind Toyz in DPM (Damage Per Minute) this split, as he dealt 640 DPM. While the stat isn’t perfect, it’s remarkable that with weak front line players in Morning and Domo , he was still able to be atop the region. Chawy’s efforts are what kept TPA above a team like Machi and in regional contention, as he took part in 76.5% of TPA’s kills this split, while doing 33.4% of his team’s damage, being the highest among regional participating mid laners. Chawy’s carry ability was only accentuated with REFRA1N’s entrance to the team, as he had shown a tendency to play around Maple on the FW, and continued to do so on TPA.

Lupin, former NaJin substitute, was easily the best AD in the LMS last split, as he outclassed every carry in terms of laning and teamfighting. His champion pool took a hit this split, as his best champions, Tristana and Lucian fell out of the meta. Lupin followed a downward spiral as he had to learn to play with two supports, Yue and Jay, as he struggled to find synergy with either of them.

Lupin, for the majority of the split, was mispositioning in teamfights and often found himself unable to dish out a relevant amount of damage. The rise of Sivir and Corki as priority picks aided Lupin, as he found champions he could be comfortable and effective on. Eventually, he stopped his Wildturtle-esque shenanigans and returned to being a reliable source of damage, being a prime component of the team’s late surge.

Jay is currently the longest tenured player on the Assassins, being on the team since June of 2013. Jay is comparable to Dignitas’s Kiwikid, an example for a Western audience. He is a decent laner,  succeeds on champs that excel at picking people off, but often finds himself out of position, or mediocre in other situations.

He has actually improved at his playstyle and has become the main initiator for the Assassins, as Morning and REFRA1N tend to be less reliable in this case. This is the main reason for his high AKP, as he often sets up fights for the Assassins. In recent weeks, he has also performed fairly well on Janna, showing that he can deviate from his engage heavy style.

The absence of Winds, however, has further exposed his below average vision game this split. Compared to supports such as Olleh, Chunx, SwordArT, and Albis, he is considerably behind in ward totals and quite often doesn’t ward the right places. In this regard, Jay matches up worse than any other TPA player, in regionals.

TPA showed rapid improvement towards the end of the split, but still has trouble closing out games due to their misunderstanding of teleport. TPA often does not ward flanks or set up TP flanks for themselves, leaving them unable to effectively close out early game leads. Due to this, they not only have trouble running poke comps, they often do not have a response playing against it either.

In addition, the only type of comp TPA has shown any great success on, is where they have a full on engage composition. TPA has very little diversity in their play, being unable to play the map or utilize TP effectively. This makes them a very simple 5v5 teamighting kind of team. If anything, there is some merit to this playstyle as an unexpected setback happened.

Chawy will be banned by the LMS for at least six months due to elo boosting. TPA has improved on their Chawy dependence in recent weeks, but is still in a very TSM type situation, where they are not a top team without him. If there is any saving grace, their playstyle makes it easier to plug in a mid laner and be competitive. The only substitute that can make them competitive next week would be AS Achie, if this was permissible by Garena.

However, it is very unlikely that TPA will compete with HKE’s vastly superior early game, map play, vision, and teamfighting. TPA, with a strong substitute may be able to take one game, but will curl up and die in the face of HKE’s current form. They will make a quick exit from regionals and will have a lot to look at, regarding their roster, for season 6.