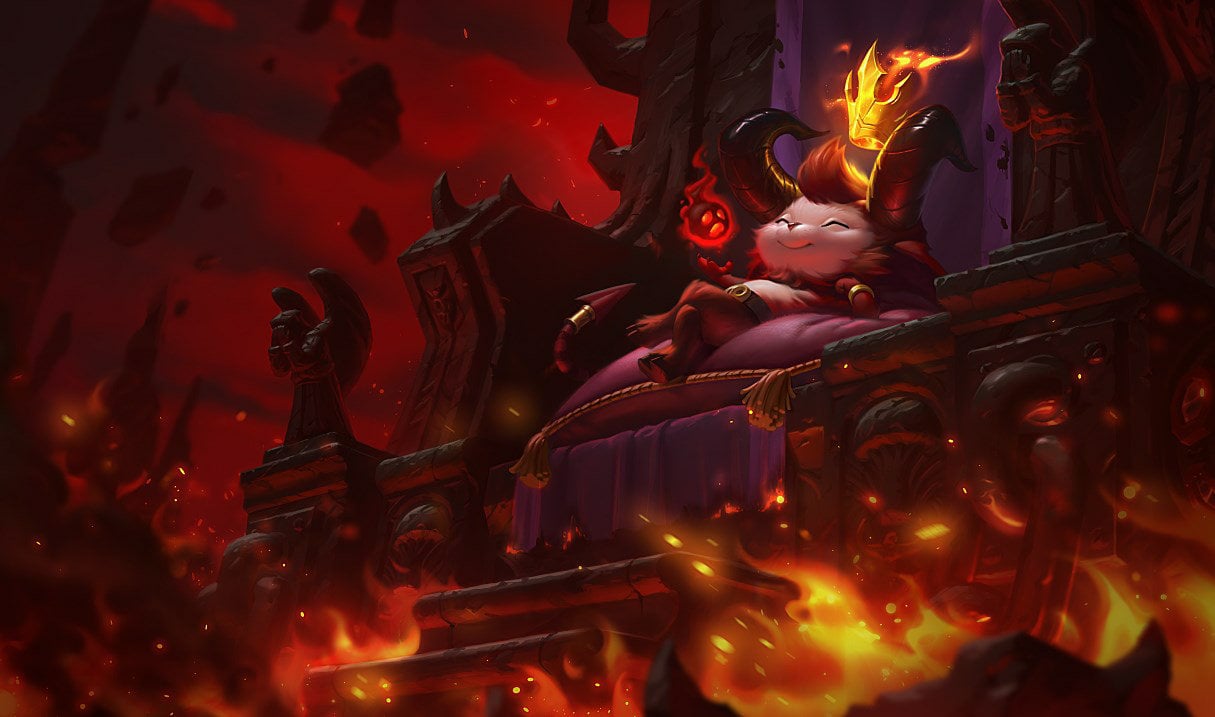 On Feb. 21, 2009, Riot released a champion that would go on to become the company’s controversial mascot—Teemo. And 11 years later, the Yordle is still one of the most polarizing champions in League.

To some players, Teemo is a top-lane menace, a maniacal rodent, and a toxic Yordle. But to others, he’s the cute, furry creature that keeps you coming back to the Rift.

The Yordle’s creation was simple. Riot wanted to have a race of creatures that were “small but mighty” and could “embody the inspirational underdog,” according to Legends of Runeterra executive producer Jeff Jew. Taking inspiration from Final Fantasy’s moogles or Star Wars’ ewoks, the fun and tiny Yordles were born. And with that came Teemo.

Now the Yordle’s hat is worn by thousands of fans at competitive League events and Teemo memes flood the internet.

To opponents, Teemo is extremely annoying. The tiny rodent drives top laners crazy, countering auto attackers with his blinding dart and frustrating junglers with his gank-quelling mushrooms. But beginners can easily pick him up and do some damage on the Rift.

So whether you love or hate him, you have to admit that League is a more interesting place when Captain Teemo is on duty.