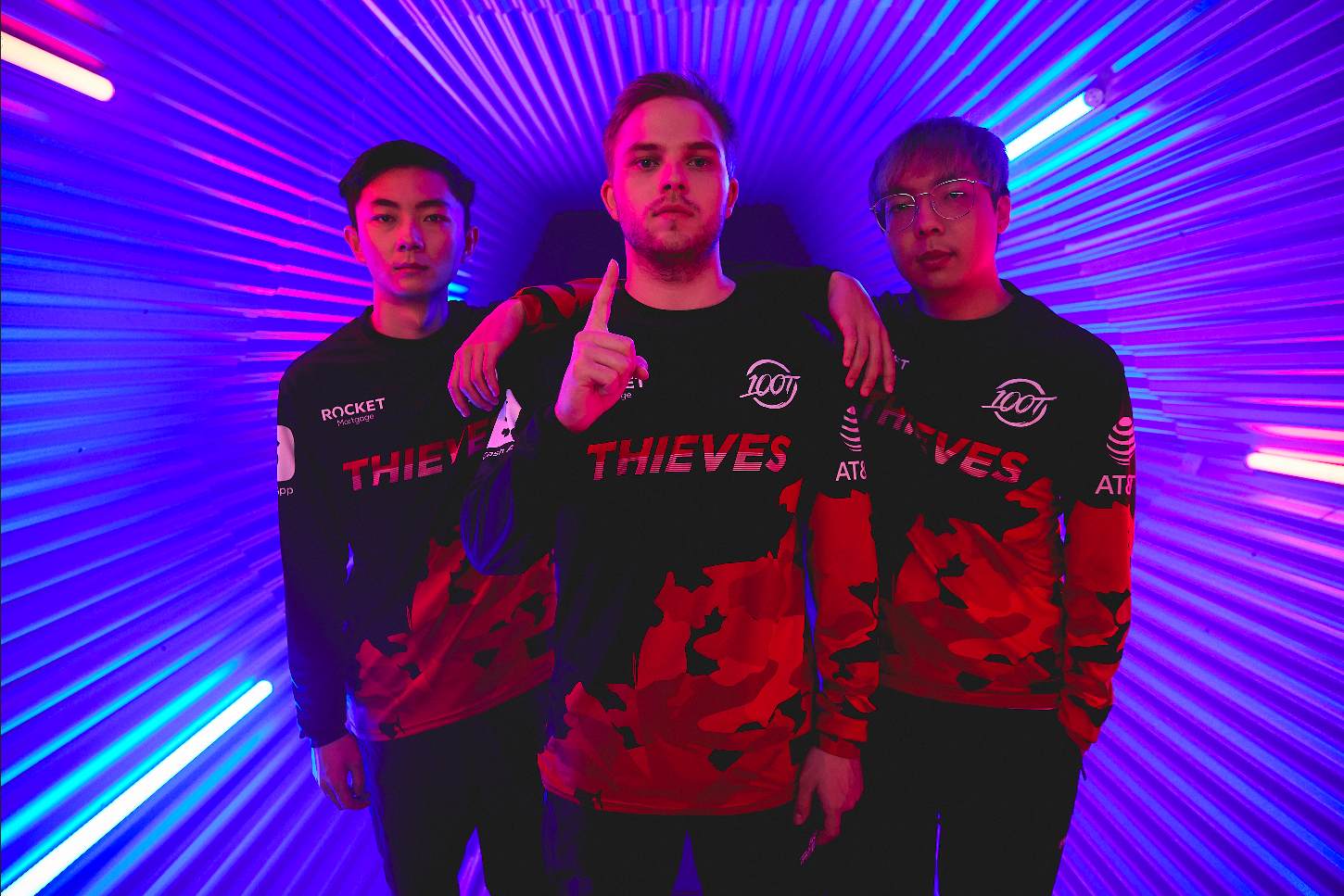 100 Thieves needed a way to bounce back after their disappointing loss against China’s EDward Gaming yesterday in the 2021 League of Legends World Championship group stage. And luckily for North American fans, they found one during their match against the LJL’s DetonatioN FocusMe today.

Both teams were actually coming off of losses, with DFM having just been dropped by Korea’s T1. Only one roster would be forced into a 0-2 situation, and this time around, 100 Thieves brought themselves back to form.

In the draft, 100 Thieves’ star jungler Closer was a huge boon for their success after getting his patented Viego pick, which is what he used to terrorize LCS teams during the 2021 Summer Split playoffs. His macro plays and decisiveness helped net his team an early lead with a couple of early ganks, while FBI and Huhi crushed the bottom side matchup with a classic Lucian-Nami combo.

In a majority of the early game and part of the mid game, 100 Thieves played some clean League by not making too many unnecessary mistakes in positioning or with engages. They did, however, stall out a bit, and some fights in the late game around Baron and Elder Dragon got a little dicey. In the end, however, they completed the heist and locked in a win at the tournament.

For DetonatioN FocusMe, there were a couple of silver linings that could be taken away from this loss, including the play of mid laner Aria, who was dealing a ton of damage with his Zoe pick. But he couldn’t dish out enough damage to nullify the early lead that 100 Thieves built and the rest of the team eventually faltered in the final teamfights.

With two of the three NA teams—except for Cloud9—securing a win through the first two days, things aren’t looking half bad for the LCS at Worlds this year. 100 Thieves will need to gather themselves and prepare, though, because their next match will pit Abbedagge against Faker in a matchup with the LCK’s third seed, T1.

You can watch this match and more when Worlds 2021 continues tomorrow at 6am CT.