This is their second win in a row. 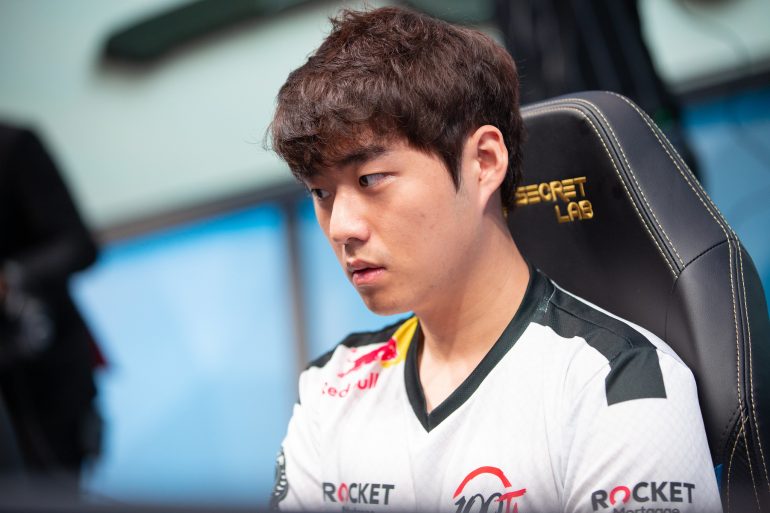 At the end of last split, 100 Thieves were one of the most disappointing teams in the LCS, but they’re now showing that they might have found their footing in this Summer Split with their second win in a row. Cloud9 were the recipients of 100 Thieves’ surprising strength today.

100 Thieves has been shuffling around its starting roster, trying to fit the puzzle pieces together as the season rolls on. With the additions of top laner Aaron “FakeGod” Lee and veteran mid laner Ryu Sang-wook, 100 Thieves looked more aggressive and decisive than ever before.

Bae “Bang” Jun-sik had a monster game today on Xayah, leading his team with seven kills and some great plays across the map. In fact, many players on the team performed at a high level today. Zaqueri “aphromoo” Black, for example, had a great game on Rakan and showed that he might be finally returning to form.

Meanwhile, Yasin “Nisqy” Dinçer had a tough game on Sylas, while Zachary “Sneaky” Scuderi couldn’t seem to find any meaningful Ashe arrows onto the opposing team. Cloud9 lost control of the match and couldn’t overcome the sheer firepower on the side of 100 Thieves.

We could be witnessing the start of a crazy upswing that might send 100 Thieves back into the playoff picture after spending so many weeks at the bottom of the regular season standings. This lineup, however, has to prove that this wasn’t just some fluke and that this iteration can tussle with the best of the LCS.