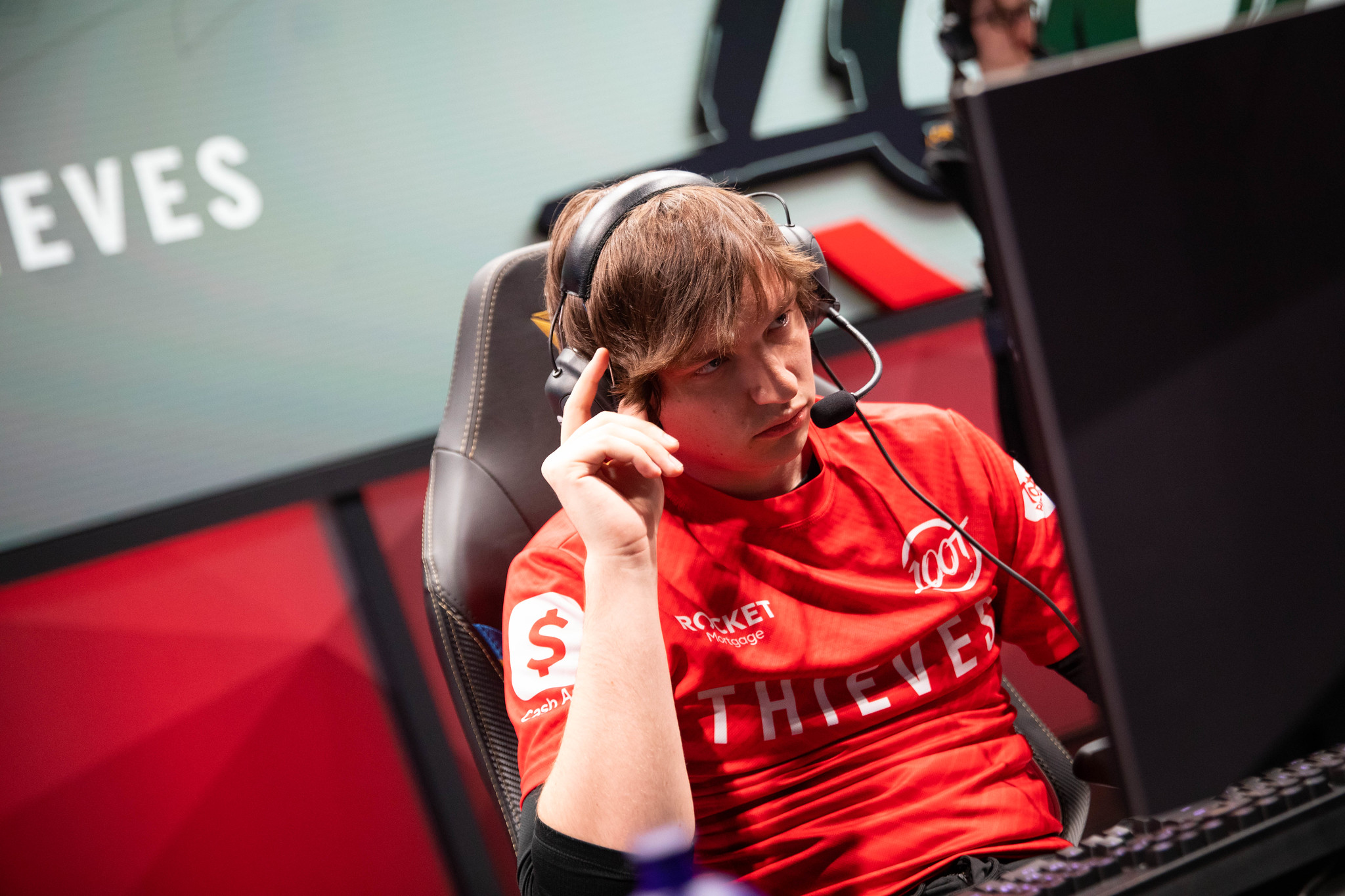 100 Thieves and former LCS jungler Meteos have parted ways, the two parties announced today. Meteos’ departure comes less than a month after he was replaced on the LCS team and began playing in the Academy League.

In a Twitlonger, Meteos explained 100 Thieves had decided to insert 17-year-old player Shane “Kenvi” Espinoza into its Academy roster to give him more competitive experience. While Meteos said he was offered to split time with Kenvi, he declined. Additionally, he said he was allowed to contact other LCS teams, but he said “joining on such short notice wouldn’t be great for [him] or the team.”

The former Cloud9 star said he does not know what the future holds for him. Although competing is still a passion of his, he said he wants to stream more and envisions himself doing LCS desk appearances, competitive co-streams, podcasts, and YouTube content.

100 Thieves benched Meteos on June 28 after losing to TSM, which dropped the team to 1-5 in the 2020 Summer Split. Meteos announced his benching on Twitter by saying his teammates were not told and did not agree with the decision, and that general manager Christopher “PapaSmithy” Smith and the coaching staff did not know what was best for the team.

Meteos apologized for his tweets in today’s Twitlonger, calling them a “mistake.” He also said he was “unprofessional” for the reaction.

A two-time LCS split champion, Meteos has been competing in the league since the 2013 Summer Split, which he won as a part of the original C9 LCS roster. Since departing C9 at the end of the 2016 season, he has played with Phoenix1, 100 Thieves, OpTic Gaming, and FlyQuest, although he never played on the latter’s LCS team.

In addition to the promotion of Kenvi, 100 Thieves announced it will promote 17-year-old Canadian top laner Milan “Tenacity” Oleksij to its Academy roster. He and Kenvi previously played on 100 Thieves Next, the organization’s amateur team that played in the first season of Challengers Uprising and the third season of FACEIT’s Bloody Invitational Gaming League.