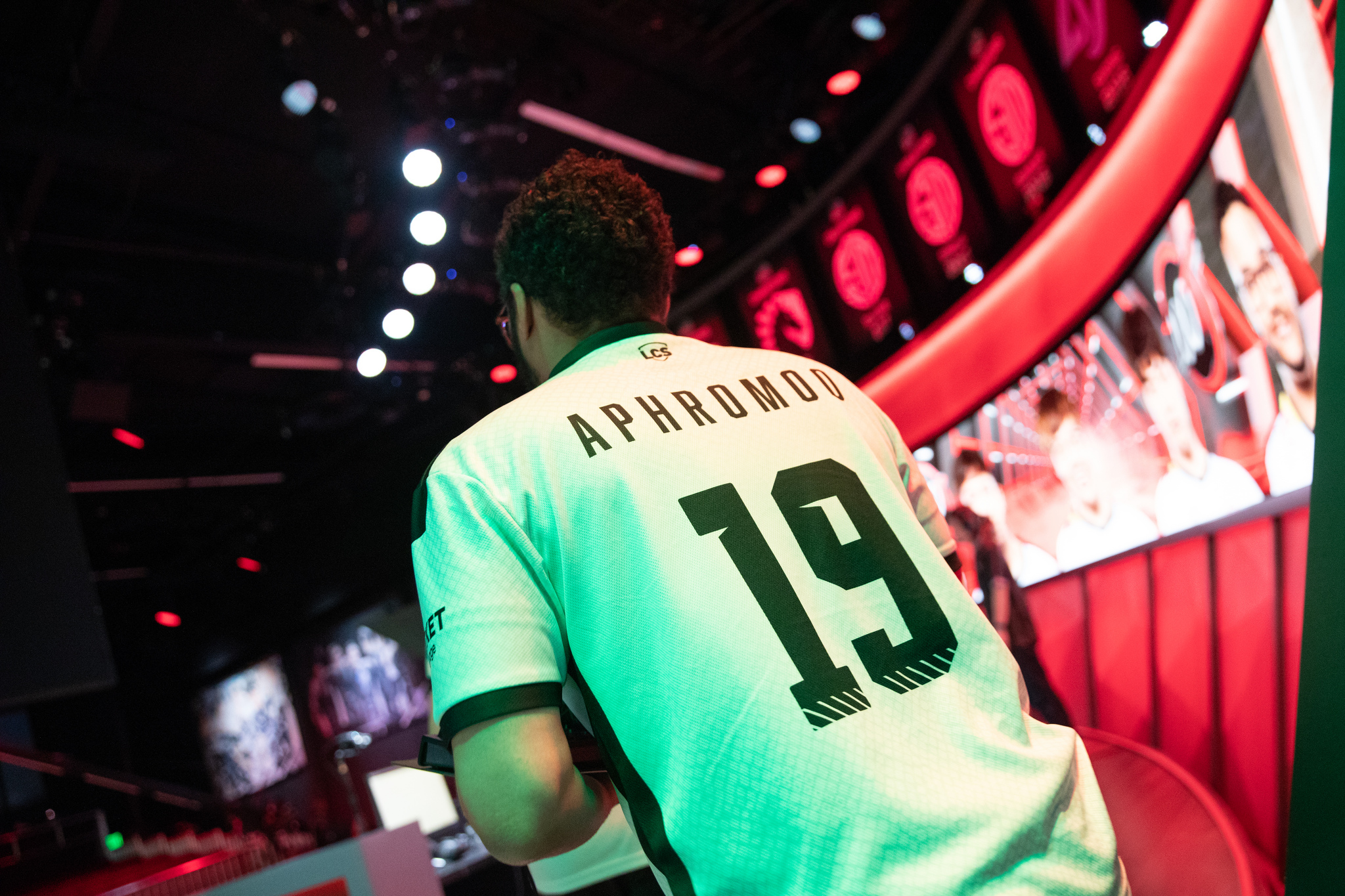 The first game of week six in the 2019 LCS Spring Split treated fans to a true clown fiesta between 100 Thieves and Clutch Gaming. It ended up with Zaqueri “aphromoo” Black’s squad taking the win after they struggled all game.

The match began with Clutch playing really well through the early game, finding eight unanswered kills and four dragons by 30 minutes. Each lane was significantly ahead, and at one point, 100 Thieves were down by 10,000 gold.

One key matchup was Kim “Ssumday” Chan-ho’s Riven pick against Heo “Huni” Seung-hoon’s tank Karma in the top lane. With the help of Nam “Lira” Tae-yoo, Huni snowballed to gain a big lead on Ssumday early. It looked like a signed, sealed, and delivered win for Clutch.

But with Tanner Damonte building tank on Sylas as well, Clutch couldn’t seem to push their advantage into the mid game. As a result, Huni’s tank Karma fell off hard in the late game while 100 Thieves’ composition began to scale. Finally, a huge teamfight for Baron shifted the entire game into 100 Thieves’ favor.

With Baron, 100 Thieves began to systematically take objectives away from Clutch until Chae “Piglet” Gwang-jin forced another teamfight that eventually led to their defeat. In fact, Piglet’s positioning this game was pretty bad, which was a big contributor to some of their teamfight losses.

With this dramatic comeback win, 100 Thieves finally snapped their four-game losing streak. But they still have a long way to go before they’re considered a part of the LCS playoff picture. 100 Thieves will look to start a winning streak tomorrow against Golden Guardians at 5pm CT.