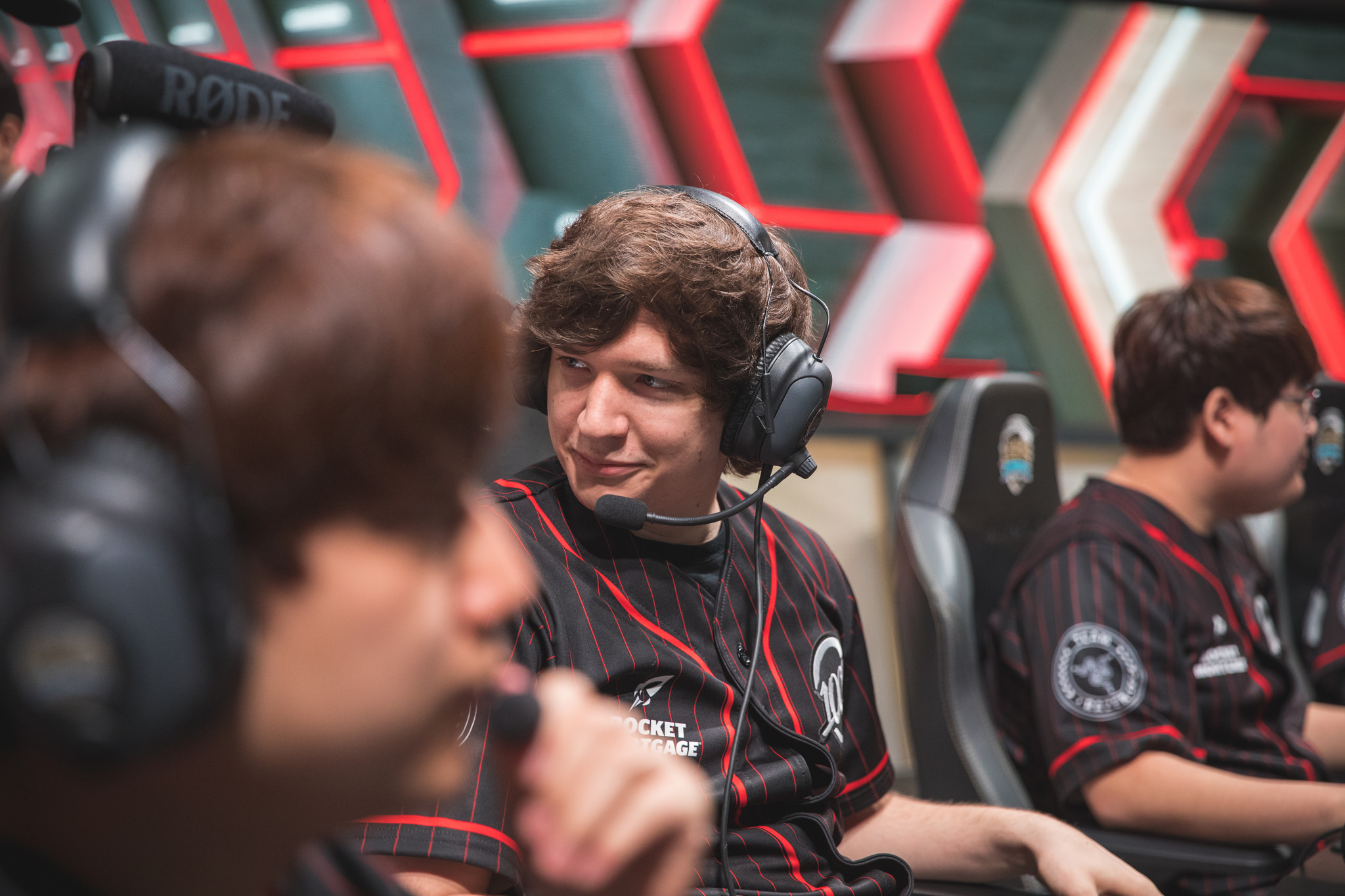 After Cloud9 benched Zachary “Sneaky” Scuderi during the first week of the 2018 NA LCS Summer Split, it was only a matter of time before 100 Thieves did the same to his long-time partner in memes William “Meteos” Hartman.

That’s right, Meteos has been benched alongside 100T top laner Kim “Ssumday” Chan-ho, according to the organization’s tweet today. The team will be running with Academy jungler Đỗ “Levi” Duy Khánh and top laner Brandon “Brandini” Chen at Rift Rivals in July instead.

All jokes aside, this is a lot less of a shock than Cloud9’s benching of Sneaky, Andy “Smoothie” Ta, and Nicolaj Jensen. While Cloud9’s roster move was a replacement of three long-time team legends, 100T’s seems like more of a test for Academy players rather than a full-on replacement.

Levi is an incredible player, no questions asked. Not only does he claim the number one spot on the North American solo queue ladder from time to time, he was also the fearsome former jungler for Vietnam’s GIGABYTE Marines. While there, he made a lasting impression with fans at MSI and Worlds in 2017 thanks to his confidence, talent, and off-meta strategies.

That being said, when 100T acquired him for their Academy roster earlier this season, it seemed like it was only a matter of time before he moved up to the starting roster. From an outsider’s perspective, it seemed the only reason he wasn’t moved up immediately was so that he could either work on his English and communication with the team, or so the main roster could figure out how to open up an import slot for him. With Brandini subbing in for Ssumday, that problem is now solved.

The top lane roster move is definitely the most concerning. While Brandini has impressed in the Academy league, Ssumday has been one of the league’s most reliable top laners since his days on Dignitas. Unfortunately, his best champions are beefy, front-line tanks, and the meta is shying away from that sort of style at the moment, so it makes sense that this is when 100T would try something new.

Rift Rivals kicks off next week, where Levi and Brandini will make their 100T debut.