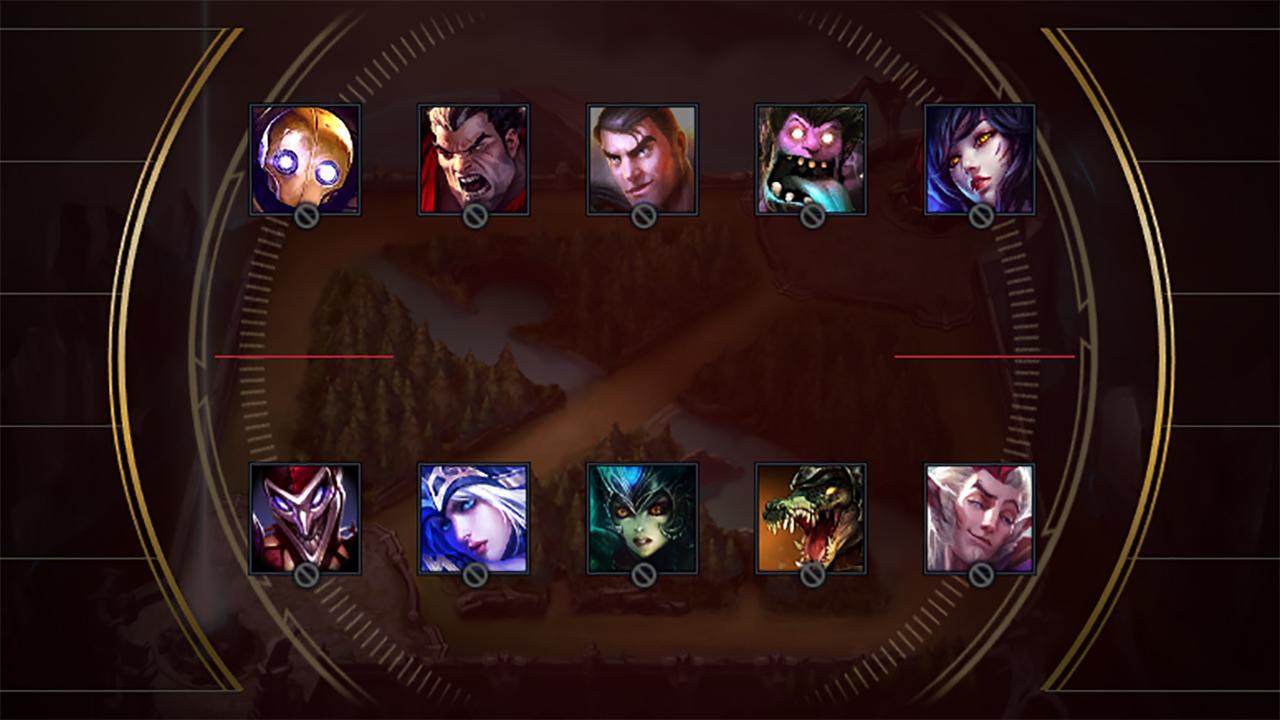 Ten bans in League of Legends is officially here, according to the official announcement made by Riot today.

There’s just one caveat: It’s nothing like we were imagining it would be. But don’t worry, that’s a good thing.

Well, first: There are obviously 10 bans now rather than six. That’s far from where the differences end, however. The banning phase is going to be a lot different. All players on both teams will ban at the exact same time, and each team won’t be able to see what the other team is banning until the ban phase is over. In the current game, each person takes their turn banning, and then it moves onto the next.

That turn-based system makes sense for professional play, because each player knows exactly what order they want to ban champions in their attempt to manipulate the opposing team. In solo and flex queue, and obviously normal games, that level of coordination just isn’t necessary, so it’s silly to not just ban all at once. Each player will be able to hover bans, which will display right alongside the champion they intend to play, so the team can coordinate bans based on their hopeful team composition. Oh, and each team is allowed to ban the same champion now, to play in with the fact that bans are hidden until they’re finished.

After the ban phase, the bans from each side are displayed in the center of the screen, and the pick phase continues on like normal.

Why this is better

Ten bans are better for League because it lets teams explore more depth of strategy. Rather than just banning whomever you think is OP at any given time, you can now ban champions based on your hopeful team composition and which champions specifically counter it. At the same time, if there are certain OP champions, you’ll have to play a mind game to predict whether you need to ban them, or if the other team will take care of it for you. After all, you don’t want to waste a ban.

Not only are more bans better for League, but the way Riot is pushing it, in particular, is also great for the game. Having the entire team ban at once forces each player to carefully look at their team’s hopeful picks and decide as a group who to ban. Heavy AD? Someone ban Rammus. Heavy AP? Someone ban Maokai or Galio. Of course, each player can also counter-ban their own lane opponent, but the possibility for coordinated bans is certainly higher now.