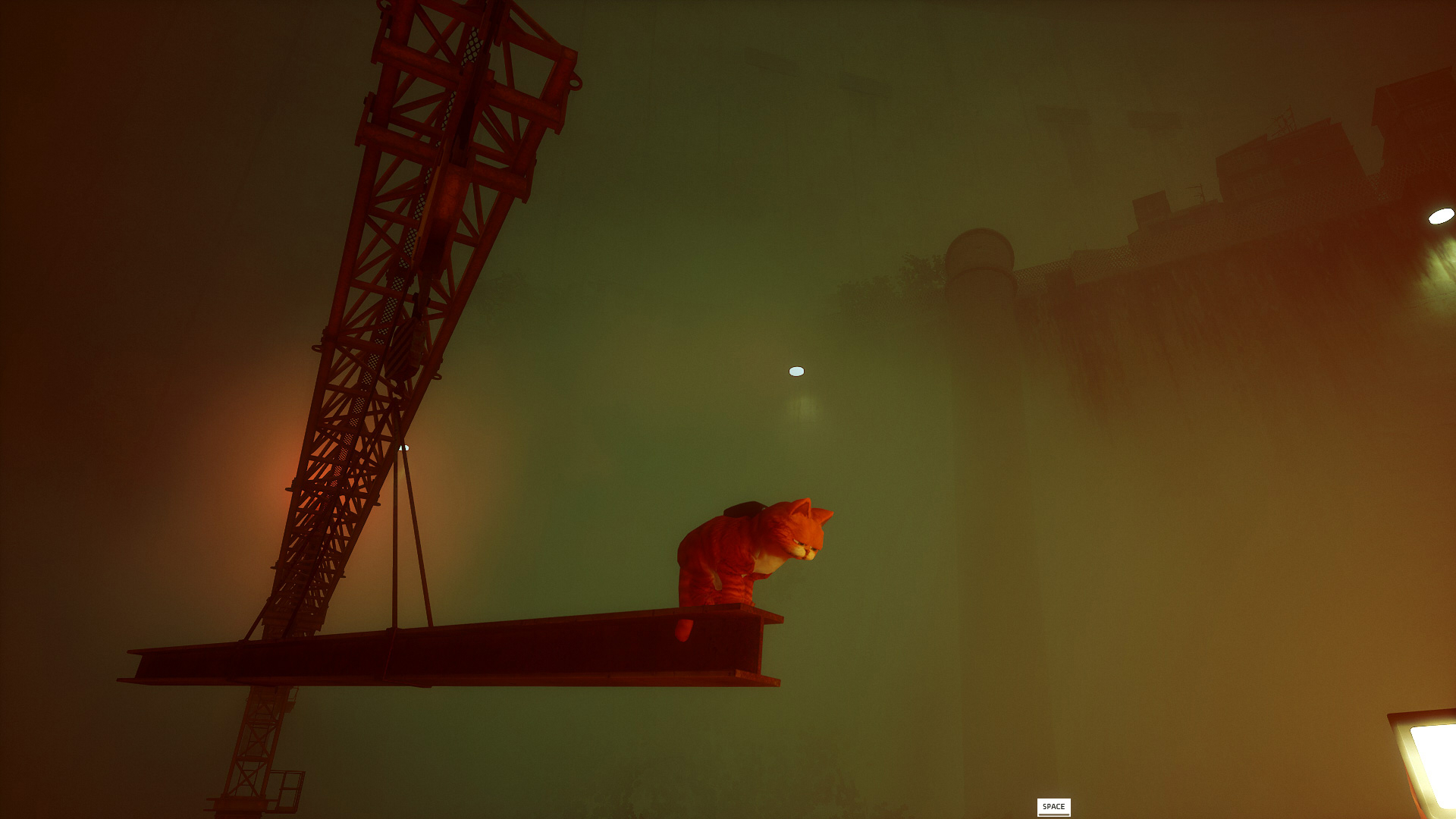 Stray has been out for only a week, but fans are already developing mods for the game that replace its adorable protagonist with other beloved fictional characters.

Other Stray modders have designed mods that put their own cat in the game. Modder CRubino had a completely different idea that’s either cute or terrifying, depending on who you ask. The mod replaces Stray‘s main character with Garfield, complete with his signature half-closed eyes and bulbous face. While it does have an undeniable charm, it’s also more than a little strange to see the legendary cartoon figure standing in front of Stray‘s industrial city.

Thankfully, the mod’s version of Garfield isn’t too photorealistic, though its page on Nexus Mods does have a screenshot with the astounding title “Garfield with RTX on.” The mod is free to download and use.

Stray has been a surprisingly popular game for modders, who’ve made everything from the mods featuring their own cats, to a mod that replaces the cat with a dog, to one that turns the cat into CJ from GTA: San Andreas. Plenty of PC games have big modding scenes, but it’s a little more unusual that an indie game like Stray received so much interest and popularity from the modding scene. The game has only been out for about a week, so it remains to be seen what other fun, unique, and interesting mods creators will come up with next.

If you’re a cat owner looking for a more wholesome option, check out the game’s existing mods to see if someone has made a cat skin that looks like your furry friend.