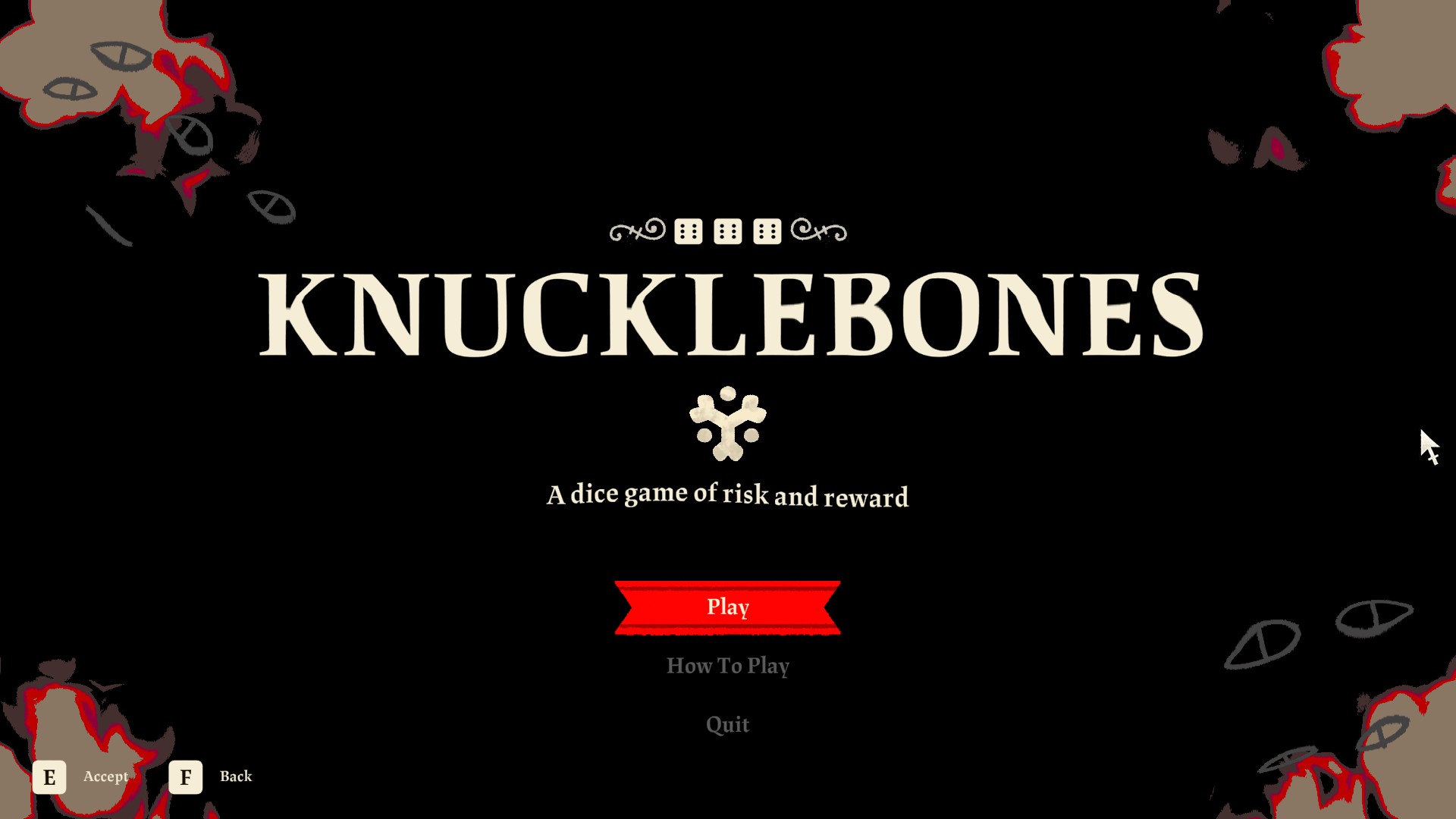 Sometimes, a game is only as good as its minigames, providing players with something else to do aside from the action of the main objective.

In Cult of the Lamb, there are a variety of these activities littered across the map, from fishing to playing games with your mentor. After teaching you the early steps of running the cult, Ratau retires to his home to relax and play Knucklebones with you.

Here’s all you need to know about how to play and win a game of Knucklebones in Cult of the Lamb.

During your first visit to Ratau’s home, he’ll teach you the steps of how to play the game. After that, you can interact with his table at any time and read the basic rules of how to play. Knucklebones is a dice game set on a six-by-six grid, with each having three-by-three spaces facing each other. The player rolls a die and then chooses where to place it on their side of the grid.

The name Knucklebones seems to come from a term used in the past when dice were made out of the knuckle bones of deer, sheep, goats, horses, and other large animals.

Players can increase their score by a significant amount if they can add multiple of the same dice to a column. When two of the same numbers are in the same column, you multiply their value. The opponent can negate your dice placement if they place the same number of dies on their side of the column, however, making doubling numbers a risky strategy.

Whether or not you win Knucklebones depends a lot on your die placements, as the wrong move can make or break the rest of the match. Think carefully about where you place each piece and leave open spaces in each column for as long as possible so you can negate any big numbers your opponent gets.

While doubling your numbers can be tricky, doing it later in the game when your opponent has most of their slots full can be a great way to score some late-game points. Never miss an opportunity to destroy your opponent’s dice with the same number by leaving slots open.

A lot of Knucklebones is left up to chance, as rolling the die is a random number generator and could easily give you a series of low numbers in a game. As long as you play strategically and negate your opponent’s big moves, though, you’ll be rolling your way to victory in Knucklebones.