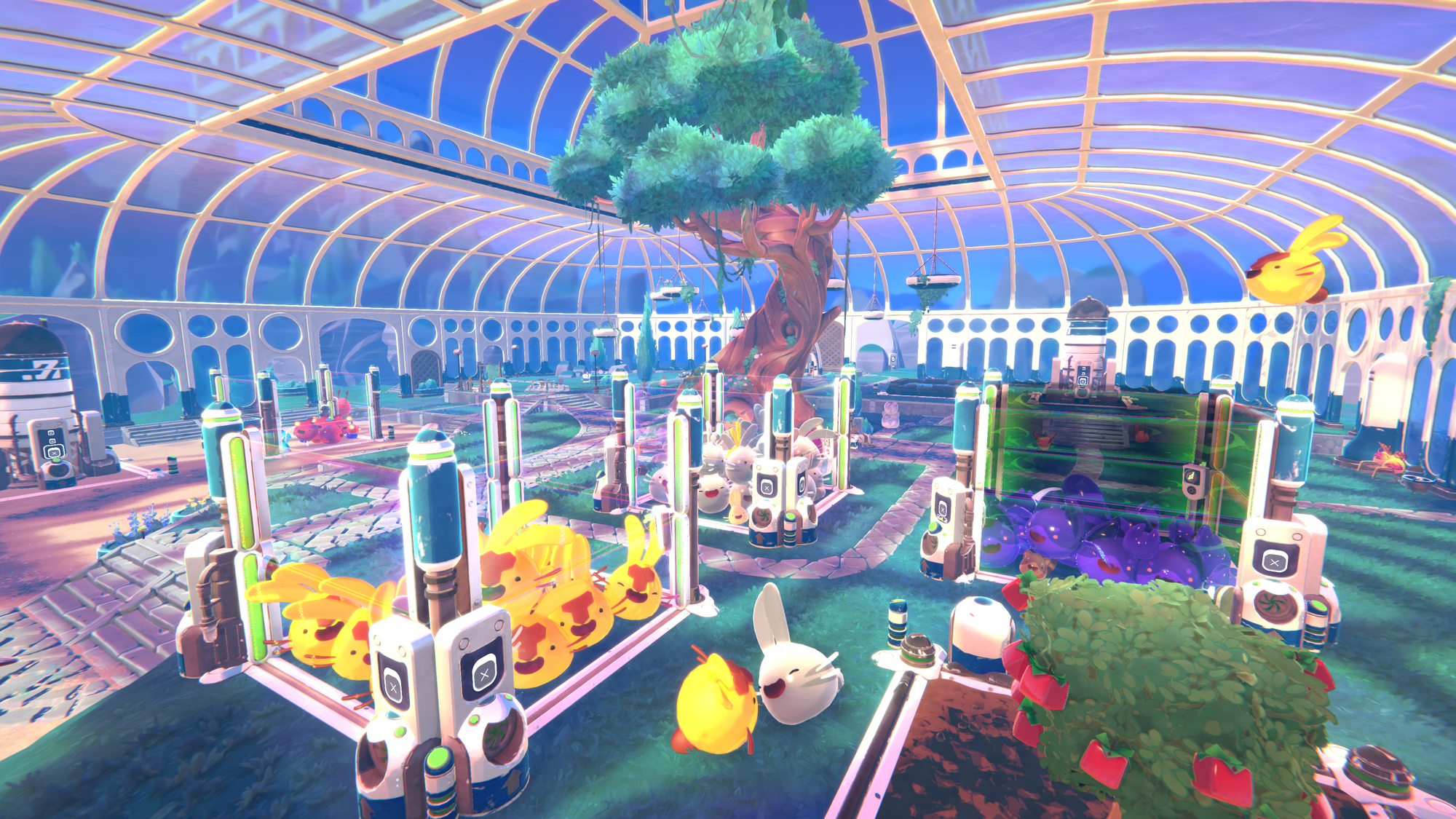 In Slime Rancher 2, all of the fans’ beloved favorites have returned to the game, with some new slime additions as well. Even though the game is in early access and there will likely be even more new slimes added as time goes on, there are some new faces in the slime-filled world.

In the early access version of the game, there are five new slimes that players can come across so far. Some slimes also look slightly different than their predecessor, giving new life to an old slime. But fans are most excited about seeing what is new on Rainbow Island.

Here is a quick look at all five new slimes and a few details about them:

The Cotton Slime is one of the first new slimes that players will come across on Rainbow Island. They have a pale yellow color and they resemble a bunny crossed with a slime. Its diet is veggies, making it pretty simple to take care of.

Flutter Slimes look like little butterflies. They float like the Phosphor Slimes, using their wings to keep them hovering above the ground.

It’s not surprising that this cute little slime resembles that of the real-life angler fish. It has a blue light that radiates through its body and has a set of fins and the iconic angler fish bioluminescent limb on its head.

Just in time for Halloween, these bat-looking slimes only come out during the night. It has a short set of wings and pointy ears. In true spooky fashion, it also has glowing orange eyes and can fly.

Similar to a raccoon or a squirrel, this slime has a brown and tan appearance with cute rounded ears and a dark brown and light brown-ringed tail. Fans think it may be based on a ring-tailed cat, which is a species of raccoon found in the southwestern U.S.

More information will be added to this article as it becomes available.