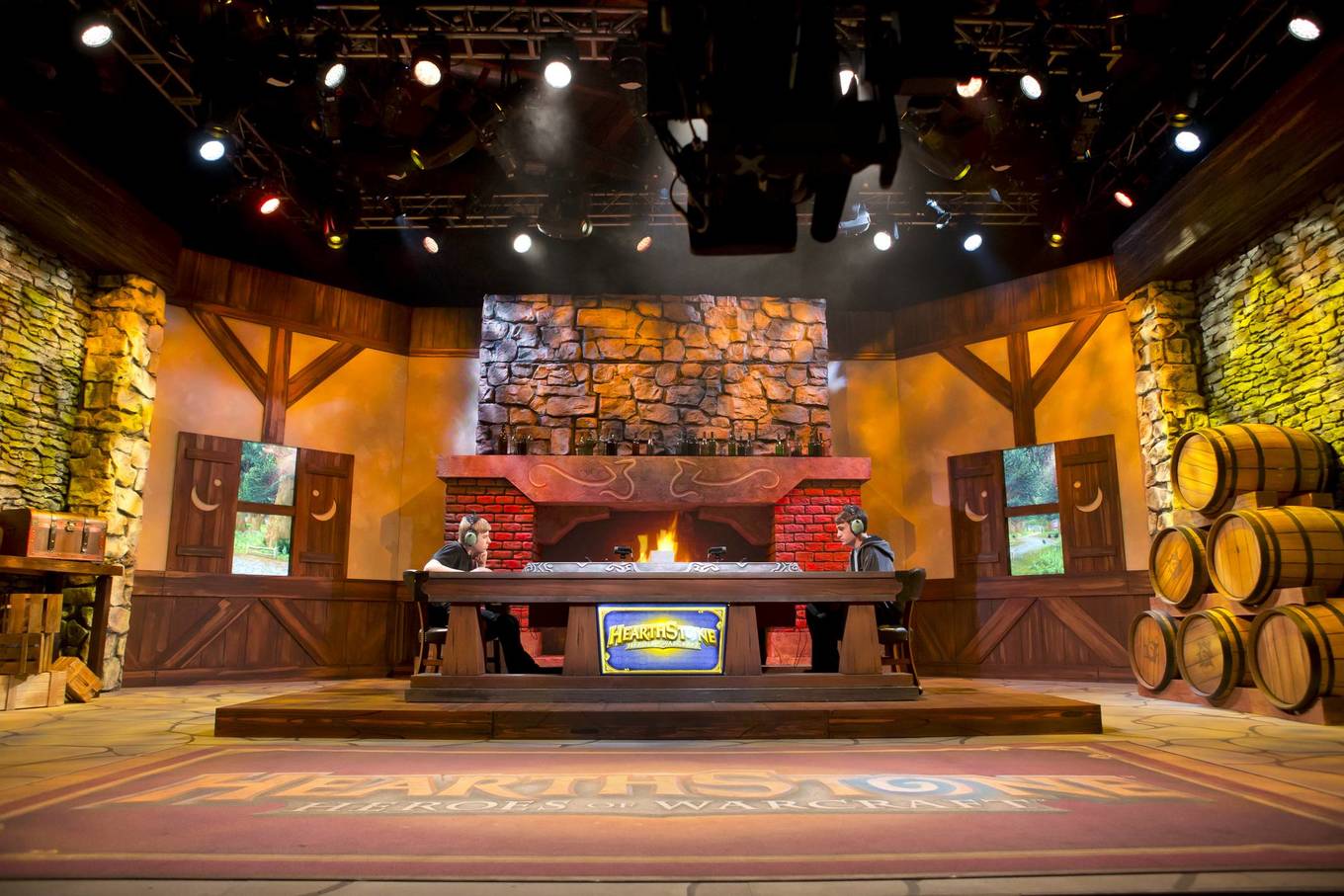 In just a few days, eight relatively unknown players will travel to California to compete for just one spot in the Hearthstone World Championship.

A total of $80,000 is on the line for the event, which is more money than these players have likely ever competed for before. But the real prize is the one that accompanies the $25,000 first prize: The chance to win a share of $1 million at the World Championship in November.

Unlike the recent European Championship, where some of the region’s best-known players were present, the Americas Championship participants will mostly be unknown to fans.

We spoke to five of them. Here’s what you need to know about each.

Despite being just 16 years old, Jason “Deerjason” Niu is one of the more experienced players in the Americas Championship field.

Two years ago, he came within one match of the 2014 Hearthstone World Championship after shocking everyone with his performance in the qualifiers. Just 14 at the time, Deerjason topped his group in the opening rounds of the event at Hammerstein Ballroom. He defeated Justin “JAB” Black, who qualified for the 2015 World Championship, and one of the very best players in the world at the time, Andrew “TidesofTime” Biessener.

Unsurprisingly, Deerjason describes that performance as “a major achievement.”

Despite his success, Deerjason insists that “school is my number one priority”. But he balances this with a regular diet of online open tournaments to hone his skills and practice lineups.

After a successful career in competitive Yu-Gi-Oh!, Rosty Elkun is looking to build a brand for himself in Hearthstone. And he isn’t fussy about what class has to play to get there.

“I play to win,” Rosty said. “so I’ll use whatever I think the best deck is.”

Though getting to the World Championship and winning $25,000 would be a great achievement, and mean that his countless hours of preparation had paid off, Rosty also hopes the win would help him build a profile. “I’ve recently started streaming,” he says. “So I’m hoping that if I do well I’ll get a lot more viewers.” (You can find his stream here.)

Primarily a ladder player, Rosty has limited tournament performance to this point—but he took down a number of top underground players in the prelims like “yoitsflo” and “Neobility.” Away from the game he’s a full-time student majoring in finance, and spends his time bodybuilding. So maybe he is North America’s answer to G2 Esports Jakub “Lothar” Szygulski?

By his own admission, the Americas Preliminaries was the first big tournament in which Joey “Joster” Preziosi ever saw success.

After starting with Hearthstone when it was still in beta and he was just 15, Joster is looking for his breakout moment.

“Winning the Championship would be huge for me.” Joster tells the Daily Dot. “I would love the money to help pay off my student loans, but even more I would love the recognition. Just getting my name out there would finally give reason to all the hard work I’ve put in over the past few years. It would be great to be well known in the Hearthstone community, and possibly have a fanbase.”

After graduating high school earlier this year, Joster is on his way to Mercer University in Georgia. But before he starts, he’s working hard to try and counter the popular decks in the meta and pay off his student debt before he even gets going. Now that’s forward planning.

Bradford Lee Grant recently made one of the scariest decisions any aspiring pro gamer can make. He left his job to pursue his dream.

A self-confessed lover of gardening, Bradford had been working for the U.S. Department of Agriculture and the World Seed Bank, but gave it all up to stream and compete full time. A solid career in Magic: the Gathering gave him his start in competitive card games. In Hearthstone, he already has an impressive array of top ladder finishes and online cup placings to his name.

After a disappointing performance in the winter prelims—he was eliminated after losing two matches in the first two rounds—Bradford is hoping his dramatic improvement can carry through to the Championship.

Despite the money and glory on offer, Bradford is another player who sees the Championship as an opportunity to grow his brand.

“The biggest thing for me, in regards to winning the Americas Championship,” he said. “is the impact it would make on my Twitch stream. Since pursuing streaming full time, I’ve had a number of “road blocks” in life that have prevented me from putting all of my attention toward developing my stream. Sadly, this has put me way behind my initial goals for the stream.

“With any luck the Americas Championship will act as a springboard for getting me back on course for reaching my stream development goals.”

Julien “Cydonia” Perrault is one of two Canadians in the lineup for the Americas Championship and the trip to California is tearing him away from his other favorite pastime—hockey, of course.

A healthcare professional, Cydonia has always played card and strategy games. But Hearthstone was his first foray into the world of esports.

With a full time career, Cydonia has to fit his Hearthstone around his job, meaning that for him one of the most important consequences if he were to win the Championship would be to “justify the time I have spent getting good at Hearthstone.”

A self-confessed lover of the mech tribe, Cydonia has had to come to grips with his favorite archetypes being removed from the Standard meta. Targeting Druid became his go-to strategy in open tournaments and to great effect, despite many people telling him it was not a reliable approach. With C’Thun Druid rife in tournaments, it may well be an approach that serves him well.