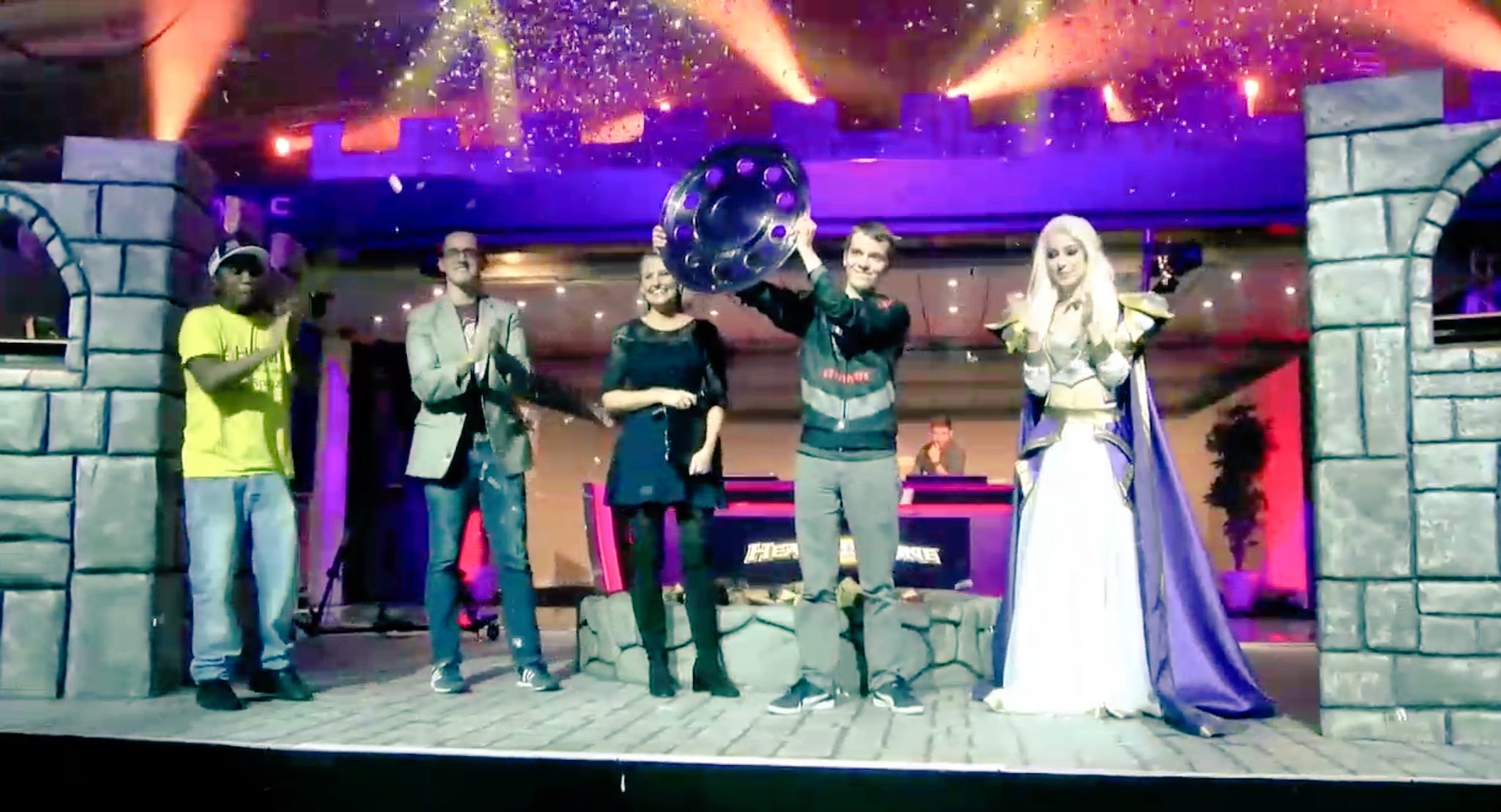 As the year winds to a close, we may have a new contender for one of the weirdest Hearthstone LAN tournaments ever.

Two-time European champion Thijs Molendijk claimed only his second tournament win of the year at the Esports Superstars event in Germany, claiming €12,500 for the victory. But the tournament itself was somewhat bizarre.

With a myriad of themes in play, the casters were inside a monster truck throughout their broadcasts. Thijs was also presented with a trophy in the shape of an alloy—or it may well have just been an alloy from a truck somewhere.

But the event was not universally truck themed. The players played on stage from miniature castles, with a cosplaying princess also part of the trophy presentation ceremony.

Add to that an over-eager DJ filling the venue and the stream with his beats, despite a tiny live audience, and production issues it was a bizarre affair.

The stacked lineup of players did however make for some good Hearthstone, as the first major LAN of the Mean Streets of Gadgetzan meta attracted big names looking to test their new concoctions.

G2 Esports cemented themselves as the game’s top team, with Thijs, Dima “Rdu” Radu and Adrian “Lifecoach” Koy all winning their groups. 2016 world champion Pavel Beltukov also advanced to the bracket stage, but he was beaten in the final eight by streamer Sebastian “Forsen” Fors.

Thijs had to teamkill Rdu in the semifinals before a 3-0 sweep with Pirate Warrior in the final to beat Jan “SuperJJ” Janssen.