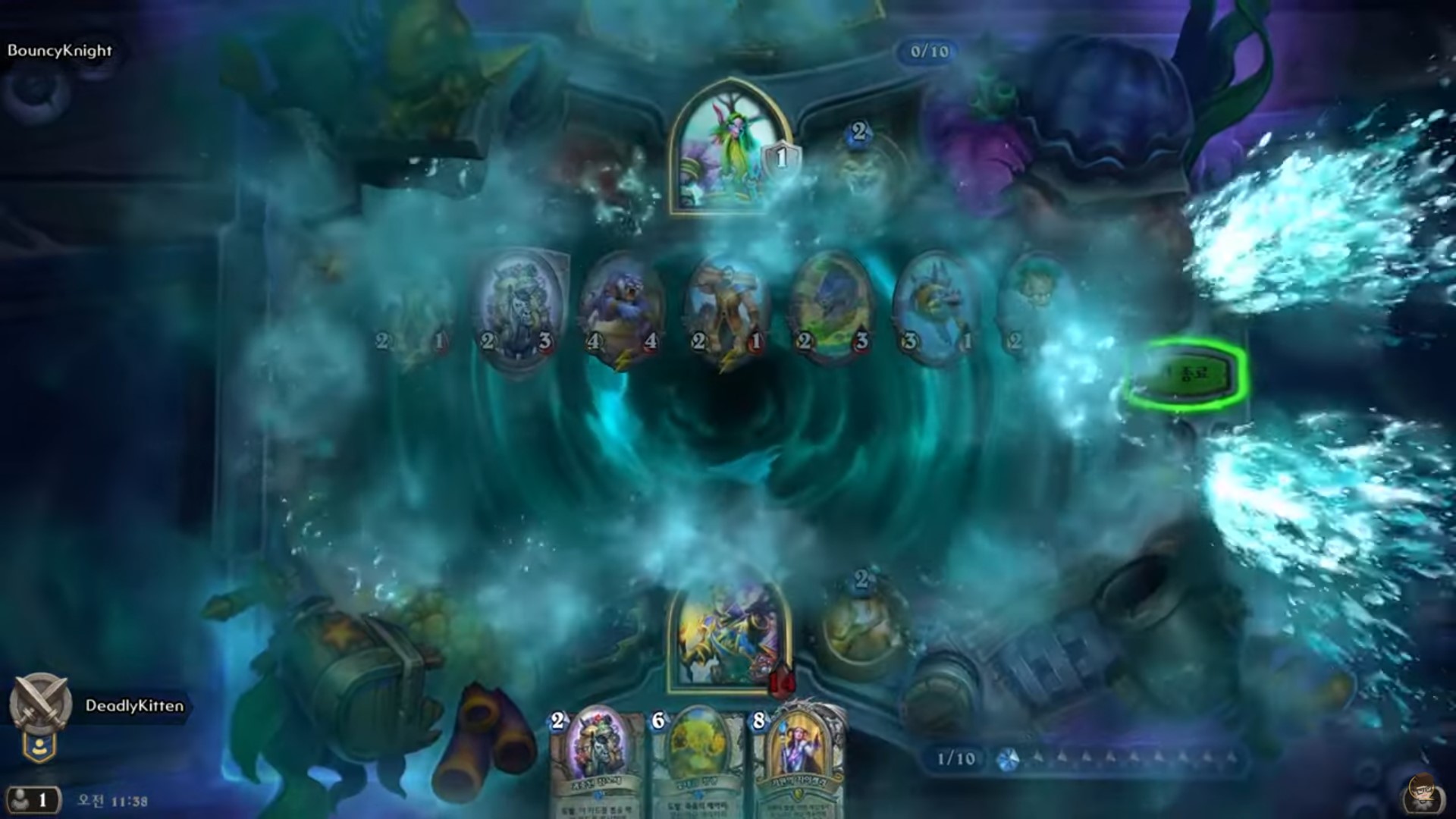 In today’s Hearthstone metagame, a nine-mana spell has to do something special to warrant play in Standard. This one definitely does.

Whirlpool, Priest’s latest way to wreak havoc, reads “Destroy all minions and all copies of them (wherever they are).” Presumably, this also includes your opponent’s hopes and dreams once this card comes into play.

We’ve seen a similar effect before on Flik Skyshiv, a six mana 4/4 Rogue Legendary. Now it is in Spell form, on a non-legendary card, hitting all minions, in a much more defensively oriented class. It promises to be an impactful removal tool for the next Standard rotation, and the fact that it comes with a combo disruption element could also be quite important in the future.

The Priest player will still need to juggle a few balls about the timing and whether getting some of their own minions caught in the crossfire is worth it for the board clear, but this hardly makes this incredible card worse. It is also Priest’s first-ever Nature spell in the game.

Whirlpool will release as part of Hearthstone’s Voyage to the Sunken City expansion, launching on April 12.