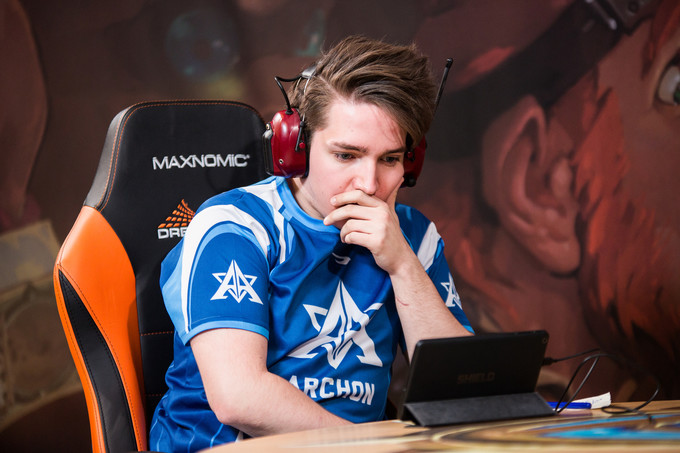 One of the breakout Hearthstone players of 2015 is leaving Team Archon as the team looks to move away from esports.

IEM Katowice 2015 and Seat Story Cup III champion Jon “Orange” Westberg has left Jason “Amaz” Chan’s team after a 15-month stint. A number of other notable players, including James “Firebat” Kostesich and Sebastian “Xixo” Bentert, have also left the team recently. That’s forced it to reassess its priorities and concentrate more on streamers and content creators than esports stars.

Streaming is, of course, how Amaz made his name, and he is one of the top Hearthstone streamers on Twitch. Streamers like “Valkyrae” and “Mira” are now part of the team and live in Archon’s Las Vegas team house.

“I’m very grateful to Archon for the time I spent with the team,” Westberg told the Daily Dot. “They took me from an up and coming player to a recognisable player in Europe, and allowed me to compete in tournaments all over the world. I wouldn’t be where I am today without the help of Amaz, Backspace, and everyone else involved.

“I’m leaving the team simply because myself and the team want to go in different directions, and that’s totally cool. I want to wish them luck and hope they have every success.”

Westberg told the Daily Dot that he has already begun discussions with teams and hopes to find himself a new home in the near future.

The team also parted ways with its Dota 2 team in recent months, and co-owner Sebastian Park has also left the organization. This change in focus from Archon leaves the future of its two remaining competitive players, Paul “Zalae” Nemeth and William “Amnesiac” Barton, somewhat uncertain. Barton will compete in the $1 million Hearthstone World Championship in November after winning the 2016 Americas Winter Championship.