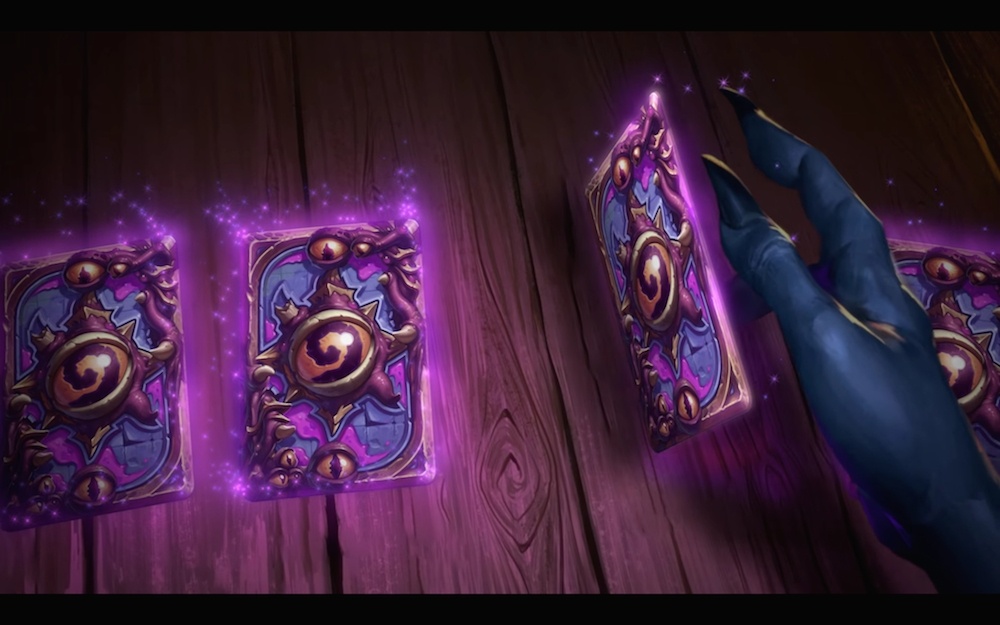 Blizzard has started revealing cards from Old Gods for a while now, and as time goes by more and more are being delivered to the players to ease their anticipation. Which of them have made the most impact so far?

Out of all the cards revealed at this point, with the exception of C’thun and the possible dominance he can bring when adequately buffed by his followers, four have made the largest impression.

DOOM! is a Warlock card and it can be seen as Twisting Nether’s big brother. That said, this is yet another board removal card that Gul’Dan will have in his arsenal, in addition to Twisting Nether, Hellfire, and Shadowflame. While this may not be the best option against aggro decks because of its 10 mana cost, it can definitely shine against Control decks, as apart from the obvious board clear, it will also load your hand with a bunch of cards. Be careful not to overdraw at this point. Renolocks should already be pretty excited with this card, as it seems almost a must-go for them.

Eater of Secrets is an alternate version of Kezan Mystic, but much more powerful in the current meta. In fact, this card is actually single-handedly changing the meta itself and the reason behind that is the dominance of Secret Paladins but as well as Freeze Mages in the ladder currently. Mysterious Challenger has found his anti-hero in this card, meaning that for a usual number of 4 secrets, this card will destroy them all and boost to a massive 6/8 minion. Nevertheless, the future of Secret Paladin after Standard Format hits our clients is unknown, since one of its main secrets, Avenge, will be rotated out of the format.

Hallazeal the Ascended was revealed as Thrall’s next legendary minion. Hallazeal features a very interesting mechanic, as he heals you for the same amount of damage your spells will hit for as long as he is on the battlefield. For example, a Lava Burst will now not only hit for five precious damage but will also heal you for five as well. This mechanic can act as an alternate Reno Jackson as it has the capability to fully heal you with an Elemental Destruction or a spell damage buffed Lightning Storm. Hallazeal could bring in a new type of Heal Shaman that could also feature cards like Healing Wave and Reno Jackson.

Forbidden Healing has the capability of bringing back the favorite Control-Heal Paladin and even boost Midrange Paladin once more. Forbidden Healing works great as a midrange card against aggro decks but also as a late game massive heal, which can heal you for 20 health in turn 10. This card can also synergise well with cards like Wild Pyromancer for a quick board clear. This is the third “Forbidden” themed card released after Mage’s Forbidden Flame and Priest’s Forbidden Shaping, but just might be the strongest among the three. Do you agree with our list? If not, which card do you think will have the most impact so far? Let us know in the comments below!