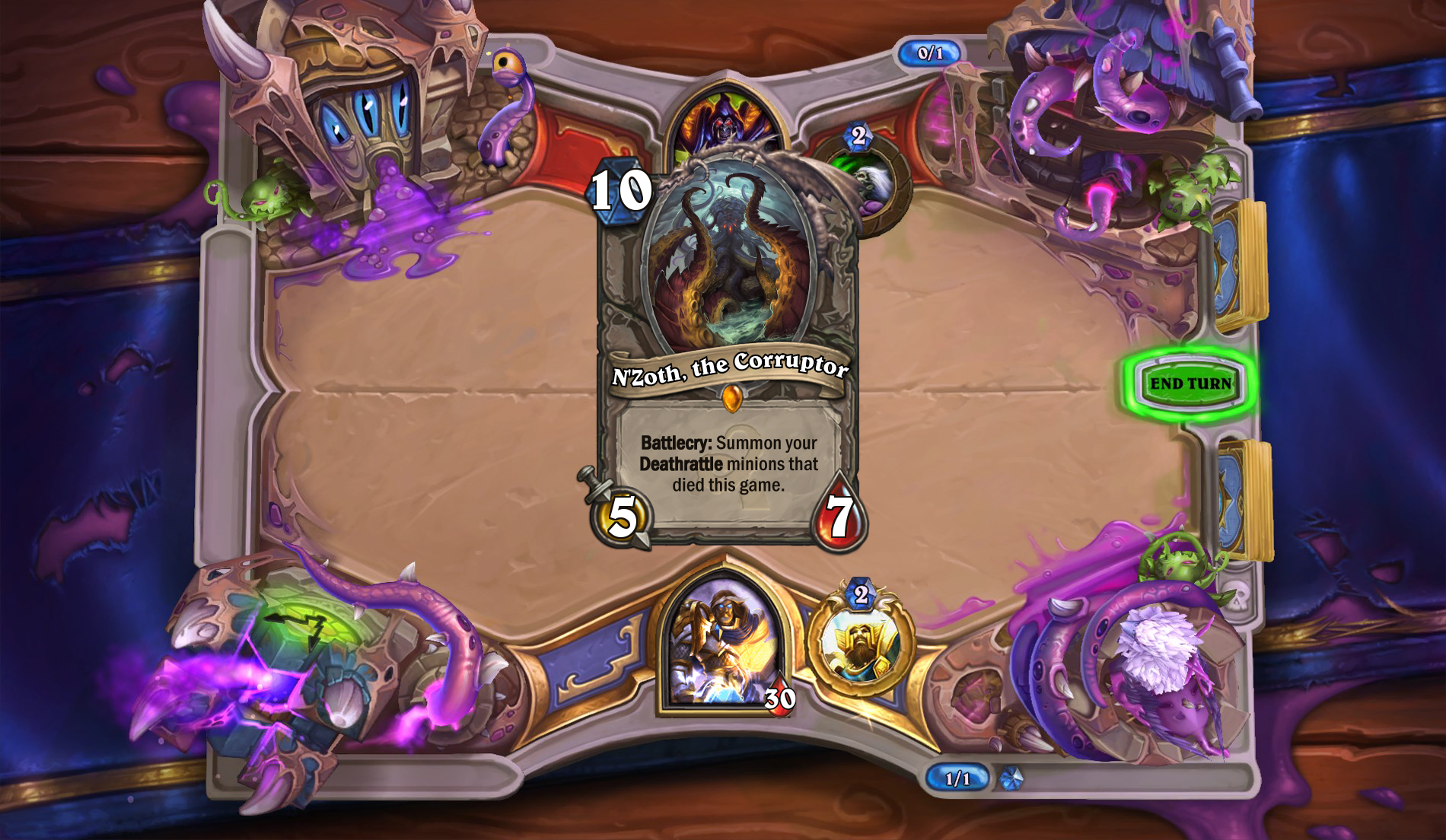 It takes a lot for a brand new deck to spring up in Hearthstone, but that’s exactly what happened following the new expansion Whispers of the Old Gods.

Usually an expansion brings a couple of curveballs to the established archetypes, think Darkshire Councilman in Zoo or Blood to Ichor in Patron Warrior. But there’s always a couple of cards powerful enough to demand respect on their own. Like Mysterious Challenger in The Grand Tournament, or Reno Jackson in League of Explorers. These minions are strong in a unique enough way that they don’t fit into anything we know, and instead require a new batch of refinement and testing to carve out their own place in the meta.

There’s been a couple examples of this in Whispers of the Old Gods. C’Thun has reared his head in Druid and Warrior, and Yogg-Saron Rogue is (mildly) a thing. But without a doubt, the most prominent new archetype a month removed from the expansion release is N’Zoth Paladin. At the recent Hearthstone Championship Tour Spring Preliminaries, N’Zoth pally was the most popular class among pro players. It’s not a trend anymore, it’s a fixture.

So, what is N’Zoth Paladin? N’Zoth comes with the ability to resummon all deathrattle minions that have died on your side of the board over the course of a game, which makes for a pretty great Control-heavy win condition. The usual decklist stocks some game-winning deathrattles like Tirion Fordring, Sylvanas, Cairne Bloodhoof, and yeah, that’s it. Those three minions combined with N’Zoth’s own decent 5/7 statline makes for a powerful turn 10 play. The interesting thing about N’Zoth Paladin is that it doesn’t come equipped with any burst, but the board it’s capable of building is so frustrating to deal with (Ashbringer! Baine! A mind-controlled minion!) that it can win off of late-game power level alone.

Of course, getting to turn 10 unscathed isn’t easy, but it’s much, much more straightforward in a world where you’re not worrying about Piloted Shredders and 2/1 Leper Gnomes. The meta has slowed down considerably since the Standard rotation and subsequent nerfs, and when you combine that with Paladin’s strong anti-aggro tools (the massive sustainability of Forbidden Healing, Humility/Stampeding Kodo combos, Aldor Peacekeepers, and even Eadric the Pure who never saw a ton of play after The Grand Tournament), you can count on having enough stall to get to the late game.

I can’t remember the last time the dominant deck out of a new Hearthstone expansion won in a pure control way. It makes me happy that top-tier decks can safely run things like Doomsayer without risking severe punishment from Ironbeak Owl or a Millhouse out of a Shredder. Yeah, part of that is because Paladin doesn’t have the Avenges and Musters and Shielded Minibots to play midrange anymore, but it’s kind of cool to see the class return to its ultra-conservative roots—especially when it’s top-tier.

I guess this is what we wanted, right? A cooled-down meta where you can’t lose games by turn four, and aren’t doomed for hero power-passing on turn two. I feel like Hearthstone is in a great place right now. If you look at Tempo Storm’s tier list (which is more or less industry standard), you’ve got a mix of face damage (Aggro Shaman), combo lists (Miracle Rogue), midrange (Tempo Warrior, Midrange Shaman), and molasses-slow, double-Solemn Vigil lists like N’Zoth Paladin. Yeah, maybe we’ll soon be dreading turn 10 like we used to dread turn four or turn seven, but right now it’s a wonderful change of pace.