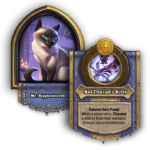 Hearthstone Patch 18.0 is live in preparation for the game’s next expansion, Scholomance Academy. Blizzard released the full patch notes today, which bring notable changes to the popular game mode Battlegrounds.

The patch includes one new Hero and a rework to two minions, Zoobot and Menagerie Magician. Here are all the new changes coming to Hearthstone Battlegrounds in Patch 18.0.

When a player dies, Discover a minion from their warband. It keeps any enchantments.

Players with Battlegrounds Perks will have early access to Mr. Bigglesworth before the Hero is formally released on Aug. 13. 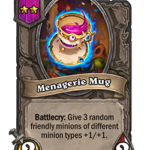 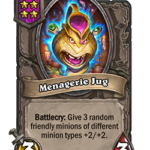 What this means for the Battlegrounds meta

The biggest focus of this patch is the changes to Zoobot and Menagerie Magician. While the goal of the effect will end up being the same, giving three different types of minions a permanent buff, the effect will be less specific. Instead of providing buffs to Beasts, Dragons, and Murlocs specifically, the new ability will buff three of your minions that have different types instead. This will streamline Menagerie cards to be more of a generally good pick up in the earlier stages of the game. While both Menagerie minions losing 1/1 in base stats (and the Zoobot replacement losing its Mech Tag) can be seen as a negative, these are net even or positive gains if either Beasts, Dragons, or Murlocs are out of the shifting minion pool.

You can try out all of these new Battlegrounds changes now since Hearthstone Patch 18.0 is live.