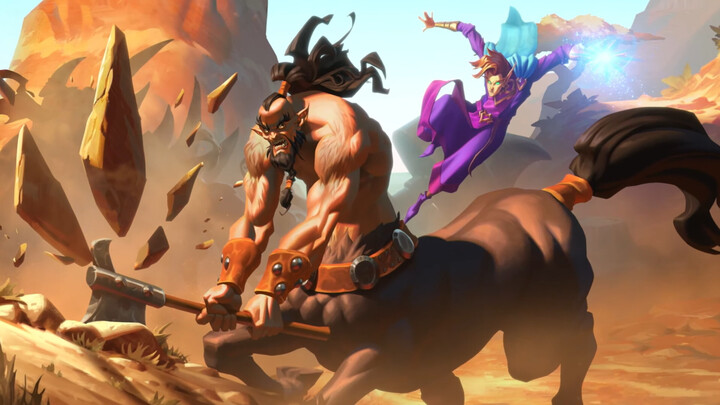 Brave the scorching heat and the blistering terrain of the Barrens in Hearthstone’s upcoming expansion.

The latest card to join Forged in the Barrens is Mark of the Spikeshell, a two-cost Druid spell that gives a minion +2/+2. If the minion has taunt, add a copy of it to your hand.

It’s much too early to say, but the spell could lead to the resurgence of Taunt Druid. It goes perfectly with cards like Greybough—a beefy four-attack, 6-health Legendary with a Deathrattle that summons a copy of itself.

The spell also synergizes with Mark of the Wild, allowing players to copy any minion they like.

Anubisath Defender would have been another card that works well with Mark of the Spikeshell, but unfortunately, it’s getting rotated out. More Druid taunt cards are almost certainly on their way, though.

Hearthstone’s Forged in the Barrens is scheduled to hit the live servers on March 30. Stay tuned for more card reveals in the weeks leading up to the expansion.