How Fr0zen is undefeated so far in Hearthstone Grandmasters

He may just take it all. 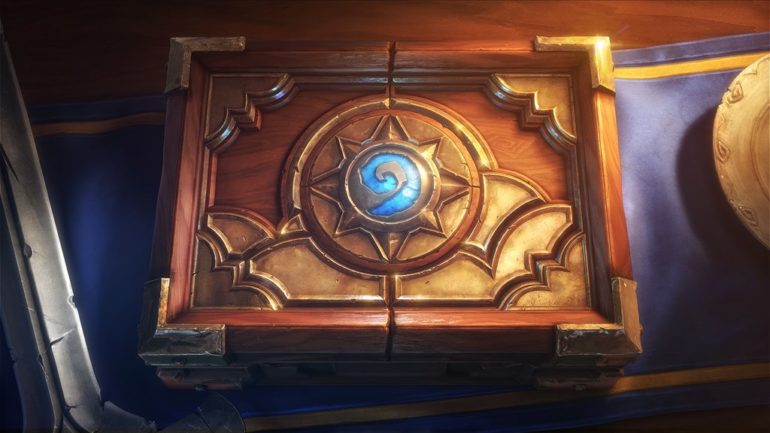 The first few games for each competitor in the Hearthstone Grandmasters league are done and gaps are starting to form between the good and great players. Deck building, hand reading, and predictive play are all skills that a player needs to succeed. Some players are very strong in one of these skills, or even two, but very few are excellent at all of them.

Fr0zen has been playing Hearthstone for a long time—nearly five years. His first recorded game was against his current teammate, David “Dog” Caero, in December 2014. By competing in several tournaments, the Team Liquid player has been training his skills for quite some time. But aside from the ONOG Circuit finals in 2016, he’s never won a tournament with other star players present.

A big issue with Hearthstone tournaments is that in the early stages, players are more surprised by what decks are brought. A large part of who wins is like rock-paper-scissors, where if a player brings a counter, they’ll win the match very often. On top of that, most lineups are locked in for entire tournaments, leaving no room for creativity or playing the field. This results in cookie-cutter lineups butting heads for most of the event, which translates into a repetitive and boring viewing experience.

Fr0zen’s skills have been on full display in Grandmasters, though. His deck-building abilities are able to shine with tech choices and what he includes in his secondary and tertiary decks. His Paladin deck that beat William “Amnesiac” Barton, for example, included an Elven Archer, a card that normally isn’t even considered to be worth a tech slot to many players. It’s a card that deals one damage to any target, but Fr0zen saw more potential in it than that. He knew that if he was going to play against Mage with Conjurer’s Calling, he’d need to be able to target the multiple copies of a minion that gets duplicated and stop that from happening with an Equality or Shrink Ray plus the one damage to clear the minion. Even though Amnesiac brought Hunter, it was still a fantastic tool he used to succeed.

His predictive play set him up for victory with Bomb Warrior against James “Firebat” Kotesich, where he knew he’d need to keep the Mecha’thun he got off of Jepetto Joybuzz and OTK him. Aggressive plays just aren’t feasible in the Warrior mirror match. Fr0zen needed to be able to play with fewer resources than Firebat because of the inclusion of the Mecha’thun package, and he was able to do so masterfully with both knowledge of the deck and predictive play in the sense that he knew what his opponent wanted to do—and Fr0zen knew how to stop Firebat in his tracks.

Against Muzahidul “Muzzy” Islam, Fr0zen’s ability to read hands allowed him to know that his opponent didn’t have the crucial Blastmaster Boom he needed to push damage and tempo, meaning he could afford to play slightly slower and greedier to get maximum value from the cards he held. Due to Fr0zen’s immense knowledge of the game and respect for his opponents, he knows what the most optimal play is at any given time from either side of the board. If an opponent plays a certain way or a particular card, Fr0zen can gather the knowledge he needs from that to figure out what else is in his hand by deductive reasoning. Since Muzzy was playing overly defensive, it became clear that he didn’t have very many proactive plays. Fr0zen was able to take that information and use it to dominate his opponent.

Fr0zen might not be a world champion, but that doesn’t mean he hasn’t been working on his gameplay. As Frozen’s career has progressed, he’s improved tremendously, bettering his play and tournament results year after year. With such a strong start to the Grandmasters tournament, Fr0zen is a favorite to take it all this year.