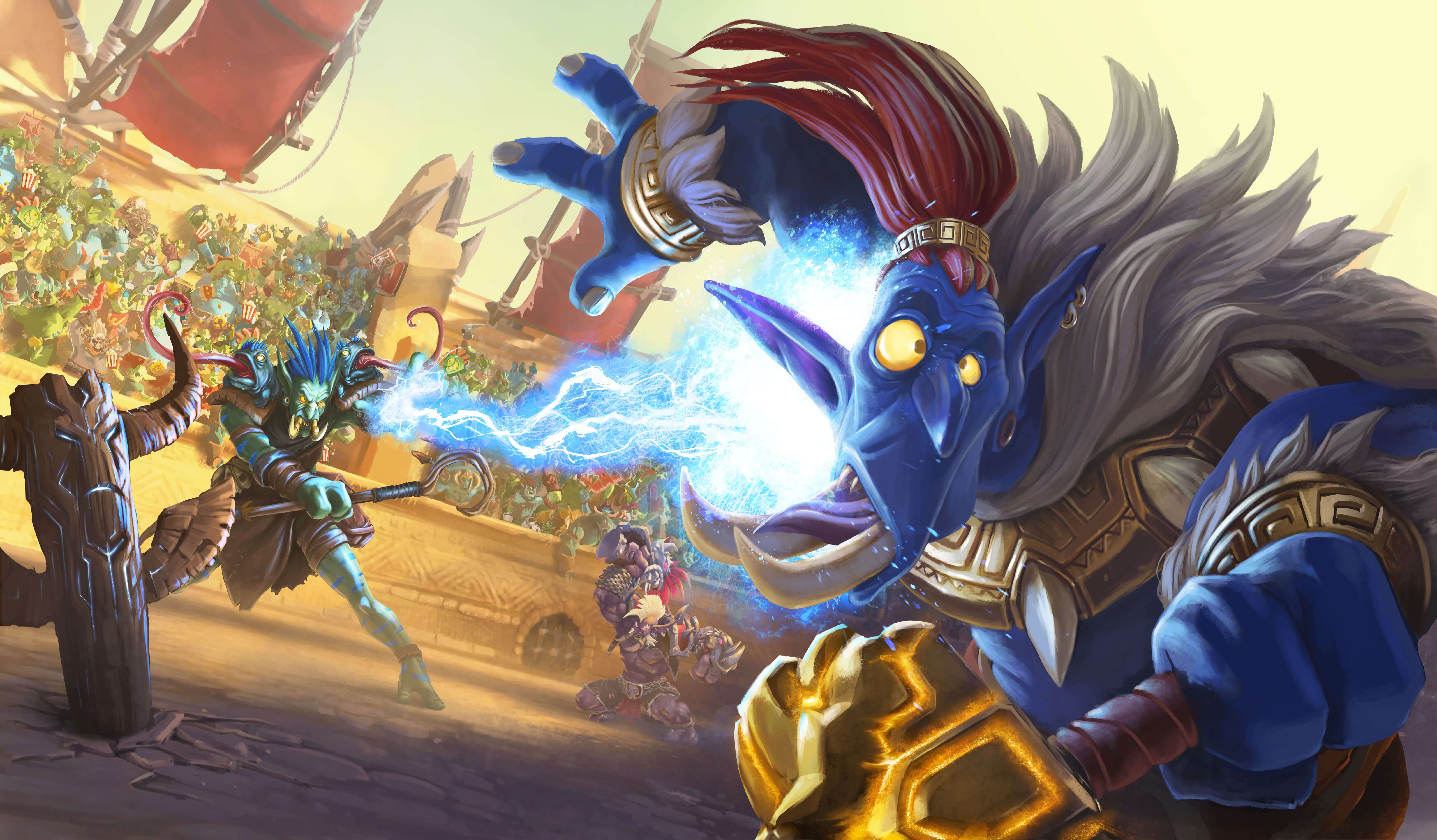 The latest Hearthstone card for upcoming expansion Rastakhan’s Rumble was revealed today on Spanish YouTube channel Zoom HS, and if you’re a fan of Secret decks, you’re going to love it.

The card is called the Masked Contender, and it’s a three-mana card with two attack and four health. As far as mana economy goes, that’s not too bad, but the Battlecry is what gives this card it’s spit and polish.

When you play the card, you’ll instantly play a Secret from your deck if you already control at least one Secret. Keep in mind that it says it will instantly play the Secret, not just draw one or reveal one. This is a neutral card, too, so you can play it in any Secret deck you want, although there aren’t that many meta options to choose from.

Outside of a Secret deck, however, we doubt this card will get much use. It’s entire appeal is clearly Secret stacking, though, so that’s not necessarily a bad thing.

Hearthstone’s Rastakhan’s Rumble is already available for pre-purchase. There are two bundle options: One for $20 and another for $50, both of which will be available until Dec. 4, which is the Hearthstone expansion’s release date.