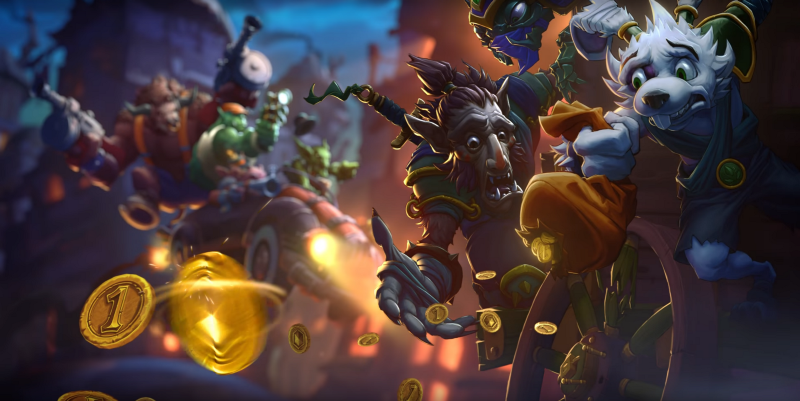 Hearthstone’s latest expansion Knights of the Frozen Throne is just a few weeks away—and its arrival will also herald more free stuff in the game.

Information data mined by Hearthpwn from yesterday’s patch suggests a number of freebies will be on offer during the upcoming event. The Frost Festival event will last for at least three weeks, with rewards up for grabs each week.

Every player will be given one free Arena run every week for three weeks just for logging in. This is perhaps to try and persuade players to try Arena again if they don’t usually play the mode after a host of changes.

The drop rate for class cards has been increased, with an additional boost for class spells and weapons to try and improve the consistency of drafts. A ton of cards have also been removed from the available pool, including quest cards, C’Thun cards and some generally awful picks like Sacrificial Pact and Warsong Commander.

For each of the three weeks, playing three arena games will reward the player with a card pack. Not just any card pack—one from Knights of the Frozen Throne. In total, three card packs will be on offer.

This wasn’t the only data obtained from the patch strings. Heartpwn also found lines suggesting that an appear offline feature will be coming to all Blizzard games.