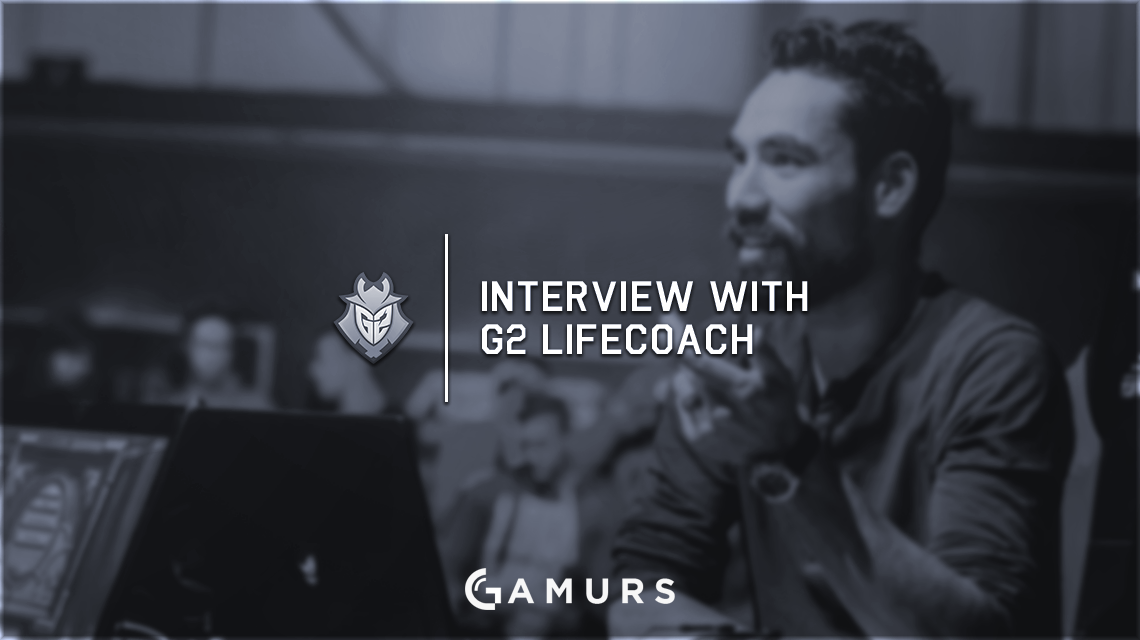 We had the chance to sit down and talk about Hearthstone with Adrian “Lifecoach” Koy, one of the legends of the competitive Hearthstone scene.

Lifecoach: I do life-coaching at the moment. It is also what I would do full-time if I wasn’t playing Hearthstone.

You are part of G2 Esports, one of the biggest organizations in the world – how did the opportunity come around?

Lifecoach: We basically were already a team before, so it was not like G2 founded the team. There was this opportunity, G2 wanted to find a team, and we were free at that moment so we decided to join G2.

Lifecoach: I like the challenge, the mental challenge that you always have like a small puzzle. It’s a complicated puzzle, but it’s not always the same, so you have to think, and I really like the mathematical and innervative components, so yeah, I like it a lot.

How do you approach each season, and what strategies do you use to climb your way to the top of the rankings get Legend, etc?

Lifecoach: I guess this season the strategy to Legend was simply a bet I had with Thijs, the bungee-jumping bet, so I got Legend in like 30-36 hours. So that was the way to become Legend at least.

Lifecoach: I don’t enjoy the current meta at all. Probably, it’s the other way around, I like complicated decks and decks that require you to think. You should have easier decks in Hearthstone, but if the very good players played the very easy decks, they should never be as good as they are with the very difficult decks. At the moment, it’s that there’s kind of a lot easy to play decks out there which doesn’t require a tremendous amount of skill and that makes a joke out of the game. I don’t think complexity is directly related to game length and control or slow-pace, it’s not exactly like this. Sometimes control decks are also very easy to play, for example a C’Thun Warrior is not that difficult to be played because he has two or three cards in the later stage of the game and you can make the decision easily.

Lifecoach: I’ve talked a lot about those things but I guess more and better AoE effects, better board clears, giving every class one good board clear so people can play around it, maybe gain more vitality options like “gain life.” Also, change stats to have more “passive” stats, instead of making all the minions 5/4. Probably the most important thing is the snowball effect, cards which are becoming good if you are in charge of the game, if you have board control. So, at the moment, we have a lot of cards that are insanely good if you have the board control, but we have nearly no cards which are insanely strong when you don’t have the board control.

So, you have won quite a lot of tournaments and you are of course considered as one of the favorites each time, how do you prepare for each tournament? Also, are you anxious about playing in front of a big crowd?

Lifecoach: No, I’m not anxious about it, but I always have the feeling that I want to perform very well and that puts a lot of pressure, maybe I should work on that a little bit. I have the feeling that whenever I play a tournament, I don’t perform then I misplay and feel bad about it. We could maybe argue that this is also the reason I am in the position I am now in my life, but I have to say that if you’re always put on so much pressure it might become a little bit tough because if you play very well and win a tournament or if you have very good results, that’s the “normal” state, that’s what you expect from yourself, so usually it’s success or you have to work on yourself with a positive mindset. With the mindset I have at the moment, it’s rather like either you perform normal or you fail. I guess the best is somewhere in between.

You broke Ropecoach meme a few days ago, how did that feel?

Lifecoach: Ahaa, yeah I broke it, sure, very good! Of course the challenge was tough and I’m very happy I succeeded, and Thijs will go bungee-jumping in three days or so.

What are your goals for Hearthstone this year and maybe the first months of the upcoming year?

Lifecoach: That’s interesting. The thing is that your goals should usually be smart goals, I mean they should be specific, measurable, achievable and so on. And at the moment in Hearthstone, what are exactly achievable goals? So you could have a goal like get number one in ladder, I’ve already achieved that so I don’t know how important this is for me and at the moment I would say that the ladder is a bit funky. I don’t want to be too negative about Hearthstone, but I also don’t want to conceal that Hearthstone is in an insanely bad state at the moment. I wouldn’t say that the ladder is a joke but it goes towards into that direction, the same also goes for tournaments, they aren’t being taken that seriously. You can also see this if you take a look on how people perceive it, a tournament win one year ago was kind of a hero, nowadays if someone wins a tournament it’s like “Yeah, sure.” What I’m saying is that it really has a huge effect with all these random stuff, all these simpler things, and of course when the pro scene was talking, it was totally different one year ago than nowadays. I really hope that Blizzard will think about nerfing complex cards in the future and they were there. I am not saying that Patron wasn’t too strong but don’t make it unplayable. When they nerf cards like these, it’s like a punch in your face. And of course those decks which require a lot of skill were played by other very good competitive players, and for obvious reasons, those decks also performed at some point. If the very good players play those complex decks, then yes, they will become strong and they will dominate the pro scene, the pro meta, but that’s not a reason to nerf them. About goals, you really hit the point there, because that’s the reason I’m doing other stuff at the moment, maybe playing other games, because the game is not as competent and the thing about not being competent is the lack of goals. You could see many goals one year ago, win tournaments, go at the higher level ranks at ladder, become successful or be taken seriously as a Hearthstone player, you could work for them and pursue those things. But at the moment what’s your competing goal? I don’t see it. Even if you said “okay let’s win some DreamHack,” Hearthstone is so low-skill capped at the moment, it’s not even that achievable. So, why should you make that goal? Even if you were the best player at the world you couldn’t guarantee that you’d made those goals. What are your chances that you win a major with 160-170 players in each major and the skill cap being incredibly low? Really, not very existent. I have some small goals in my mind to keep me motivated, one goal is for example a face-challenge, you will probably see it tomorrow, by the time the interview comes out you will already have heard of it.

Lifecoach: Work hard in your game, always be ambitious and whenever you have some goals pursue them with all your heart and all your passion.

You are a castaway in a remote, isolated island. You have to choose one Hearthstone personality to help you survive, who would it be?

Lifecoach: Interesting… [thinking] Frodan! I would pick Frodan, because he keeps me laughing. With Frodan life would never be tiresome in the island, that’s really important, because there would be a lot of boredom and a lot of leisure time. I can play Hearthstone and Frodan would always be able to commentate on it, so yeah 100%.

Lifecoach: Nope, that should be good. Watch the video tomorrow!

What are your thoughts on the Lifecoach interview? Let us know in the commnts below or by tweeting us @GAMURScom.