Hello cuties, this is the first Decks to Play article since League of Explorers was fully released, and today we have so much to talk about!

League of Explorer was the most impactful expansion this game has ever had, you can argue that Naxxramas had as much impact, but the number of new archetypes this expansion created was as big as Naxxramas and deserves at least as much respect.

With the bunch of strong playable card added this expansion we were able to witness a huge twist in the metagame, and basically everything has changed.

Decks to Play is a weekly series that talk about the best decks that should be played according to my analysis of the ladder, in this series we often see the best decks of the Week tuned by myself, we also discuss a lot about things that happened during the week and how players should proceed in their ladder experience. In other words: This is the series you should check in order to get yourself ready for your ladder experience!

This week, I bring you guys the best Post-LoE decks!

The most famous deck that has been around the ladder is Aggro Shaman. The deck itself made tons of changes in the metagame, forcing some classes up and some others down. People argue this is the best deck in the metagame, and I can’t help but think those guys are correct, since this deck has high chances of winning against over 90% of the metagame.

This deck plays around dealing tons of damage within a very short period of time, demanding immediate response otherwise the defending player will be dead. The cards that made this deck possible were the new 1-drops:

tunnel-trogg. Finley transforms Shaman’s not-so-aggro hero power into something more aggro-ish, capable of putting more pressure than Totems, while the Tunnel Trogg is arguably the best 1-drop in the game right now. This, combined with the arsenal of Burst damage Shaman has, made Shaman the top tier Aggro Class in the game, and in case you want to win games quickly, this is the deck for you.

reno-jackson army. The card itself was able of creating tons and tons of different decks, and probably every class is capable of doing a competitive “Reno” deck.

If you are interesting in countering Face Shaman decks, Reno Jackson is the most successful way of doing that. Usually combined with Weapon destruction tools, such as

harrison-jones for other classes (Warlocks won’t need the Draw Jones provides, and its best playing without such Draw), to deal with the almighty

Warlock is the best class to build a Reno Jackson strategy, because it has tons of redundant cards that although different, have similar effects, allowing Warlocks to have a deck filled with 1-ofs. Warlock’s hero power is also another major plus for building a deck around Reno Jackson.

Currently, the strongest Reno Jackson builds play around with 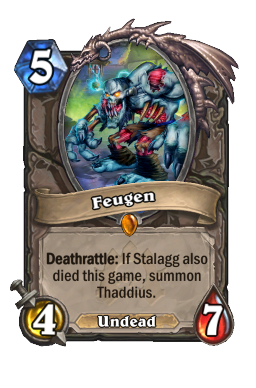 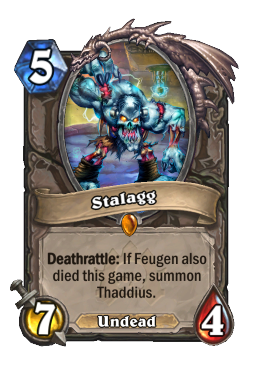 If you want to play something to deal with those pesky aggro decks, Reno Warlock is the deck you should be playing.

Another deck that became very strong post-LoE was Control Priest. People are still experimenting a lot with the class, and the best list is yet to be found, but as far as playtesting goes, even the most sloppy of the builds is proving to be consistent enough to do good in the ladder, which lead us to believe that whenever the perfect Control Priest build is found, the deck is likely to find a place in the top tier of the Ladder.

Thinking on that, I have been doing tons of Playtesting with Control priest and found a build that might as well be one of the best, if not the best! Of course, we still have much to test in order to know more about this archetype, because Control Priest is both not popular – people tend to prefer easy decks as well as fast decks, and this deck is neither – as well as it has a very tough learning curve.

museum-curator is simply awesome – there are tons of game-winning Deathrattle cards for you to pick in the Control matchup as well as a lot of Anti-aggro ones for you to pick in the Aggro matchup – it not only is supposed to always give you the card you need, it is also a pro-active play early on in the game. I also took the liberty of adding

jeweled-scarab to the Control Priest list given the high number of both anti-aggro as well as anti-control 3-drop cards priest has. 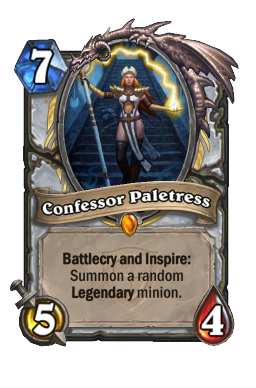 confessor-paletress is another card I like a lot. The card seems better than

ysera in this particular metagame because it not only lets you heal yourself when it is played and demands 2 removal, it also can not be stolen by 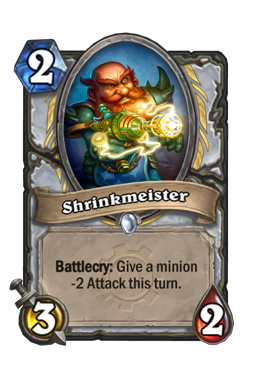 In case you want to play something very different, yet very powerful and fun, this is the decklist for you!

A lot happened during this last week, and although today I am only giving you guys 3 Deck lists, I want to discuss a little about what other classes got from LoE:

Other interesting information is the metagame composition around ranks 5 and 3. The past 3 days I played around 100 games with my Reno Warrior to farm the last few wins I needed to get my Golden Warrior. Because of the high number of games I played, we can say the data collected is very close to the real image of the metagame, which is:

Note Aggro Shaman is the most played deck you’ll be facing this week, followed by Midrange Druid, then Secret and Midrange Paladin, this information might come in handy when picking a deck to ladder with!

Aaaand this is it for first week of a fully released League of Explorers expansion!

A lot is still to happen, so don’t forget to stay tuned in our website for more amazing reads regarding everything that is happening in Hearthstone, because a lot is still to be shown!

I hope you guys are enjoying this series, and that I have been able to pass you guys all the information you need to become a better Hearthstone player! 😀

I love you all!