[DKMR]BorN here with a really fun deck guide. Today we will be taking a look at one of the most costly decks in the game: Control Warrior. The star-studded Control Warrior is a very solid deck as it does not have a hard counter, although it can have a tough time against decks like Aggro Warlock, Miracle Rogue and Midrange Shaman. Let us discuss why this is and how the deck works.

What makes the Warrior so resilient comes from its Hero Power: “Armor Up!” This ability grants the Warrior 2 armor, which is a form of health that can be used to put the Warrior effectively above 30 health.

Shield Slam. Due to the value of armor, it is preferable that the Warrior player makes his/her plays in ways such that the most possible armor is maintained.

This not only helps build armor to be used with cards like Shield Slam, but also allows you to gain more life if you plan to use Alexstrasza to heal yourself. If you have saved up your armor and have 10 armor and then use

Alexstrasza, you will be left with 15 life and 10 armor, totaling 25 life.

Before we discuss anymore cards, let us see what is in this deck first. Warrior benefits from having some of the best removal spells in the game, with cards like Slam, Execute, and Shield Slam. Although this is a slow paced deck, it does contain the burst finisher,

Grommash needs to be enraged to get full value from him, but with so many cards in the deck the allow you to (

whirlwind to name a few), this is almost never an issue. In the deck we also have Alexstrasza which can put your opponent in close range to be finished, as well as plenty of cycling cards to reach these win conditions: Acolyte of Pain, Slam, and Shield Block. In the meantime, the deck utilizes its removal spells and other removal such as 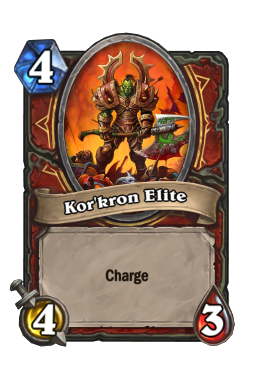 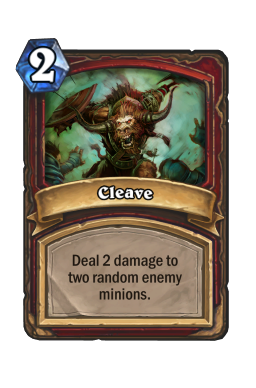 cleave to keep board control.

As we mentioned earlier, Warrior’s best plan of attack is to use Alexstrasza to put your opponent’s life at 15, and then finish them off with Grommash Hellscream.

To reach this point, you’ll want to squeeze as many cards as you can out of your Acolyte of Pain, and cycle with your Slams and Shield Blocks to get your win conditions in hand. When playing an

acolyte-of-pain, be sure to always try to get some card draw off it before passing the turn; without it you may find yourself in a tough position.

With your plethora of removal, maintaining the board should be rather simple, but if things manage to get out of control, there is always Brawl to calm things down. Use Shield Slams while you have armor available; when your opponent is beating you down, it may be hard to get off a good Shield Slam without Shield Block. Save Execute for the biggest minions in your opponent’s deck, this is your best removal for them.

What makes Midrange Shaman and Aggro Warlock matchups tough is the fact that they are able to swarm the board. Without a key card like Brawl, board control can be easily lost if one isn’t careful. Warrior Control is all about managing the board and eliminating threats until you can finish off your opponent.

Regarding the Shaman matchup, the Warrior should focus on getting the much needed card draw, but also try to get as much card advantage as possible. This makes your weapons, Fiery War Axe and

gorehowl significant in making this possible, as removing your opponent’s minions in such a way creates an advantage for you, even more so if you can clear their board.

Going against the Aggro Warlock is quite different. You’ll want to remove as many minions as possible, taking the least damage, in order to stabilize. If you can survive long enough, and plant down a sticky minion like

cairne-bloodhoof, you’ll be able to handle threats much easier.

When facing Miracle Rogue you will want to limit the amount of damage you take on your face as much as possible. At the same time you want to use your weapons to kill off the right minions. If you take too much damage you will lose.

With the ever-changing meta, it can be difficult to determine which cards need to be swapped out and which should stay in.

big-game-hunter are cards that are used to even out some matchups, like Miracle Rogue and Handlock, which are decks seeing a lot of play at the moment. Other cards worth putting into the deck in place of these two are

faceless-manipulator, as it fits into the five drop position that Harrison Jones fills.

frothing-berserker is another great option and it also fits into the three drop spot in place of Big Game Hunter. Some players have been seen using

Control Warrior is all-around great deck whether it is on the ladder or in tournaments. Its resilience and ability to not get hard countered makes it an extremely potent deck. With Hunters popping up again we should start to see this deck become more popular again. The main focus is to control the board and then make your opponent suffer the wrath of your enraged Grommash. If you have the dust to craft this deck, you will not regret making it.

And as always, feel free to reach out to us with comments and questions, here, on our website at dontkickmyrobot.com, or @DontKickMyRobot on Twitter!

Discussions about this topic brought to you by Team [DKMR] (sponsored by HearthStats, 2P and Gunnar)

This week in the meta, we continue to see decks that work towards bursting down your opponent. The Hyper Aggro Rogue is giving players a little break from Miracle Rogue, but not from the aggressive beatdown this deck brings. We are also seeing a ton of Freeze Mage! Although not your old school version, this new variant brings a twist to fit in today’s meta-game. Lastly, we have seen an increase in the number of Aggro Paladins out there, and we have for you DKMR’s own spin on it. Check them all out!