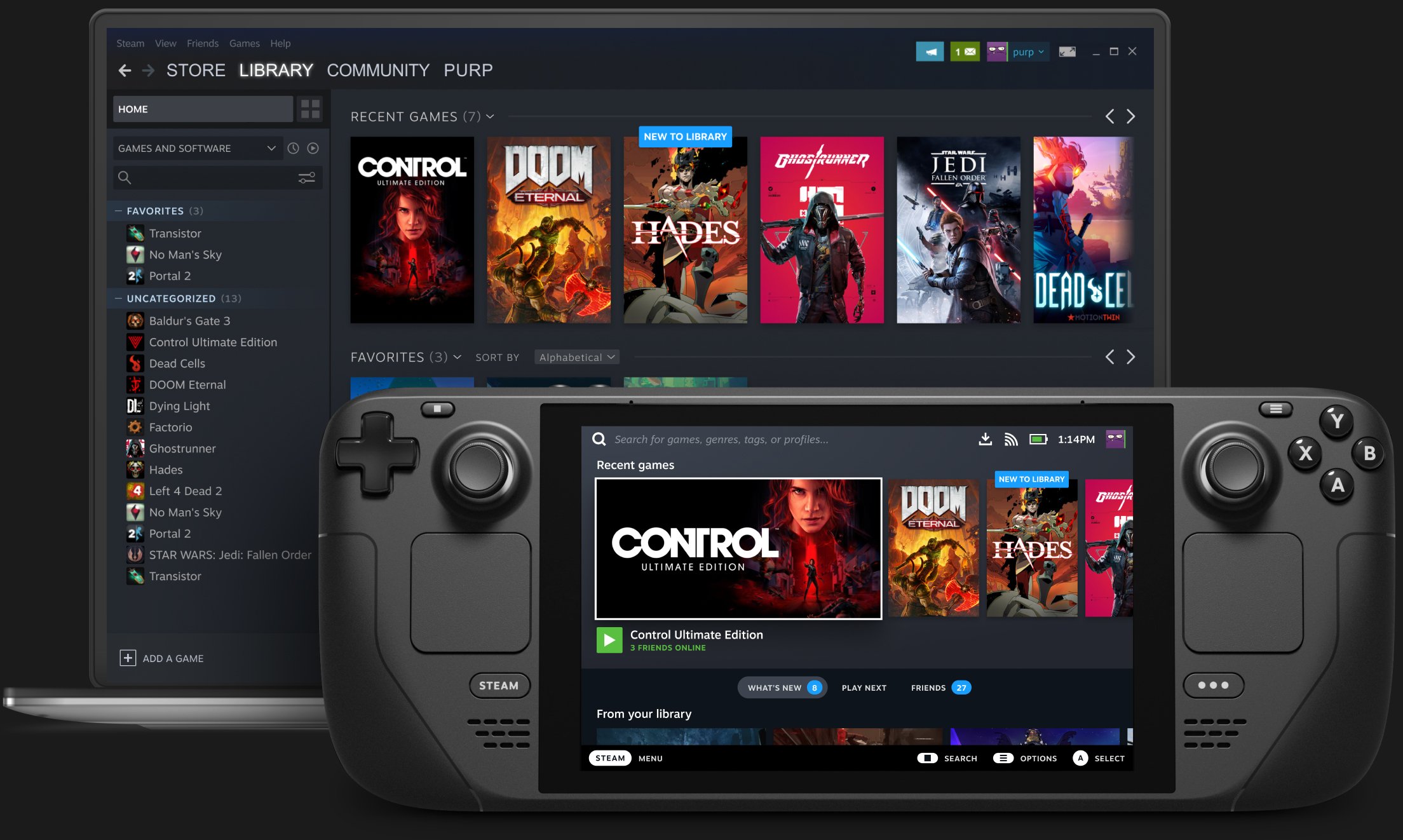 Valve’s first foray into the handheld console market has officially begun. The gaming giant unveiled plans earlier today for a Steam Deck coming at the end of this year.

While you can’t get your hands on these bad boys yet, Valve will begin taking reservations for the console tomorrow at 12pm CT. The company plans to start shipping the product to customers beginning in December of this year.

The Steam Deck will have a scaling price that ranges from $399-$649, and there will be three different versions of the console.

The least expensive options for the Steam Deck will include 64GB of memory storage with an embedded MultiMediaCard (eMMC). The model will also come with a carrying case and cost $399. More expensive alternatives will have an NVMe SSD for memory and come with a significantly larger capacity for storage.

The middle option of the three Steam Decks will cost $529 and have 256GB of SSD storage. It will also come with an “exclusive Steam Community profile bundle.”

The most expensive Steam Deck option will have 512GB of memory and everything that the two less expensive versions had. In addition, this $649 option will come with anti-glare etched glass and an “exclusive virtual keyboard theme.”