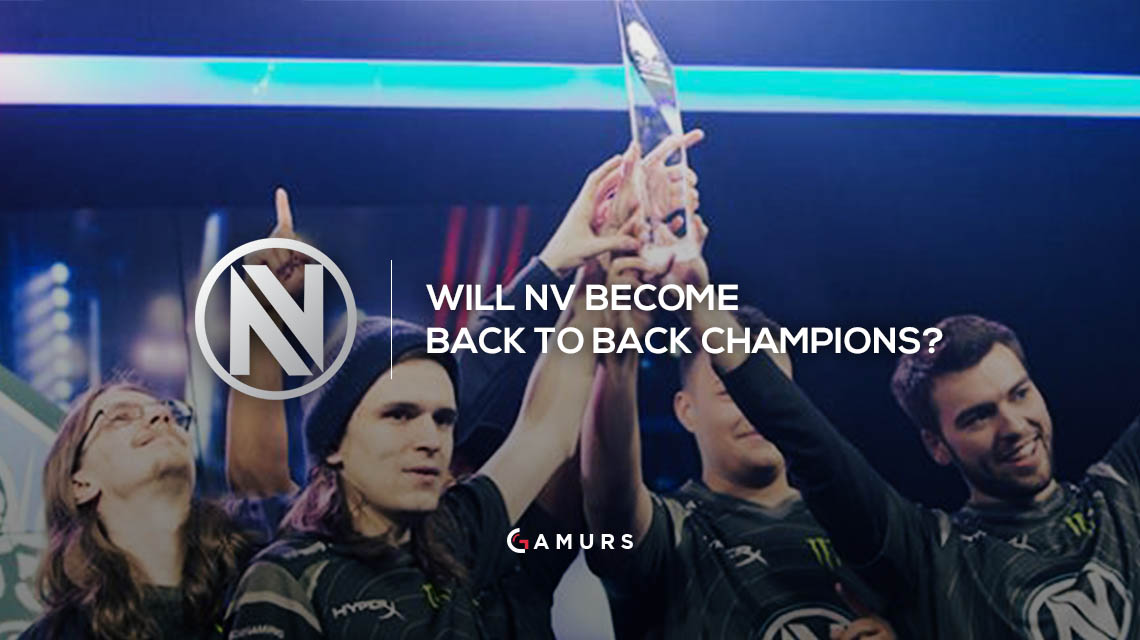 After defeating OpTic Gaming in relatively commanding fashion, by beating them in not one but two series, Team EnVyUs is now the HCS Pro League Fall 2016 champion. Leading in the regular season of the Pro League, almost everyone was confident that nV was poised to make it to the grand finals to face OpTic Gaming, but whether or not nV would be capable of actually executing and dethroning the defending champs was an entirely different story.

nV, which was designed with the sole intention of defeating OpTic, always possessed the pivotal components to face the beast, but their ability to utilize them in the most climatic moment was yet to be seen. Although nV was able to defeat OpTic online, I doubt any of us could possibly use this to influence our opinion as to whether or not nV could defeat OpTic on LAN, other than implying that nV may very well have a formidable game plan when facing them.

With the great hindrance of defeating OpTic now behind the boys in blue, what lies next for the new defending champs? Are they competent enough to continue winning or will this strenuous challenge they just overcame cause this team to become a bit complacent and slow down in progression, as OpTic looks to seize the title they believe rightfully belongs to them?

Throughout my entire time not only evaluating competitive Halo but evaluating competitions as a whole, I always lived by the austere belief that one championship alone will not influence me to classify that specific team as anything beyond good. To me, a truly great team would be one that wins back to back events, showing a strong sense of dominance against its competition. A team that wins a championship will always get respect from me, but I will always be reluctant to say that a team like nV will be capable of winning another championship, especially considering the great level of competition forming every season, requiring a high demand of consistency from any team aspiring to become champions. As nV concludes one chapter in their story, a new, more taxing chapter begins. Now, nV is given the onerous obstacle of becoming back to back champions, and if there is anything more difficult than becoming a champion, it’s doing it again, with all the pressure being put on you to once again execute.

I don’t believe that anyone can argue that nV has the talent necessary to win a championship once again, no matter what new team may form. Their near perfect combination of slaying and teamwork topped with the added confidence of winning the 2016 Fall Championship makes me confident that nV will once again be a top contender to make a strong championship run. However, their ability to actually win the championship will ultimately be determined by their mental game.

One factor that I believe many outside of the competition seem to forget is the importance of being in the right mental state when competing, which I believe goes unnoticed, other then by the players themselves. Having a clear mind and being able to develop tunnel vision, where your only concern is winning, is extremely arduous to perform, especially in today’s era of competition where many players are now capable of making a living off of competing. Factors such as reputation, an organization’s level of satisfaction and the possibility of not being able to earn such impactful money can easily distract a player.

As someone who is a fan of every player on nV and the organization as a whole, I would love to see them win another championship. However, with the factor of their uncertain mental state, the hunger OpTic has to redeem themselves and the ever evolving competition might tip the scale a bit in favor of the Green Wall.

Solidifying my opinion that nV will win another championship would be foolish on my end and unethical. However, I am confident that nV can become back to back champions if they keep their eyes on the prize and don’t allow their previous success to divert them from their current goal. Being a truly great team requires what many would interpret to be a selfish mentality, where you are only focused on winning and leave everything else behind. nV will need to possess this exact selfish mentality and maintain the same hunger for success they had last season if they want to win again.

What do you think about nV becoming back to back champions? Let me know in the comments section below or by tweeting us @GAMURScom.