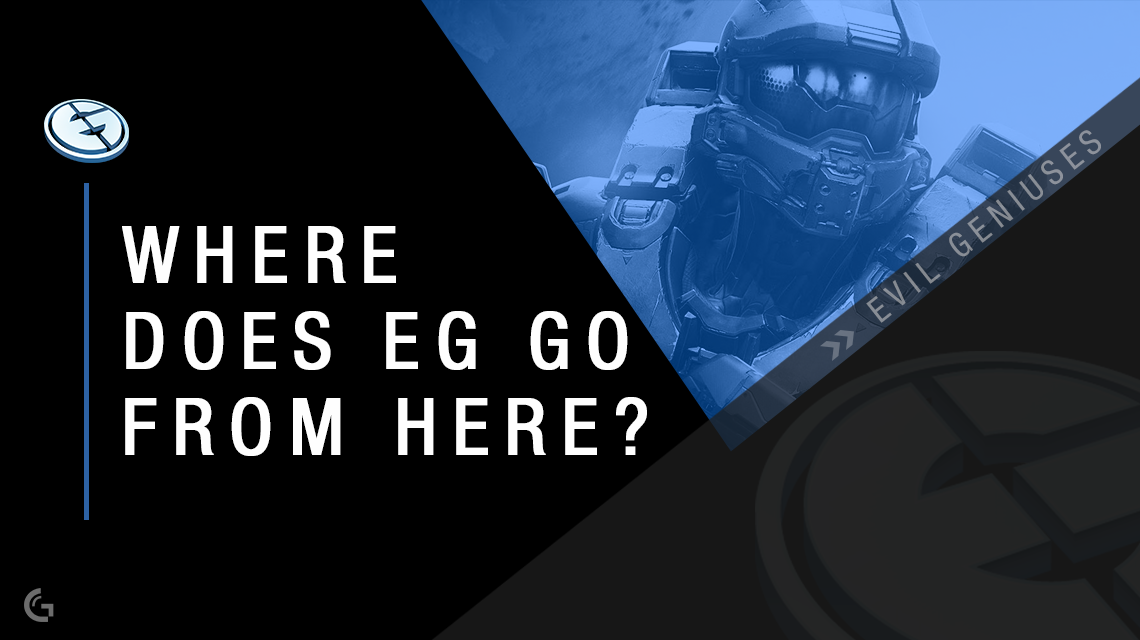 Going from being the most fearedteam in the HCS to having to face the probability of not even beingable to qualify for the Season Finals is not an easy pill toswallow. It doesn’t matter how long it’s been since you have beenable to bring a championship home, in the end of the day you arestill a champion therefore you will always have the mindset of onein any area you are competing in. This basically sums up everythingthat former champions Evil Geniuses is going through now. Once sucha dominate force in the HCS, but now being nothing but a shell oftheir former self. Now that their season is most likely over, wheredose EG go from here?

This season has said a lot aboutthe situation EG is currently in. After TJ“Lethul” Campbell’s unexpected departure lastseason, EG has been left in a very tricky situation trying to finda suitable replacement for what Lethul previously brought to theteam. Finding someone that can provide them with the sameconsistent slaying power Lethul brought in as well as being able tomesh well is not an easy task and it’s probably impossible to findan exact replacement. This has left EG searching through a pool ofplayers trying to find a solid pick in an efficient amount of time.With EG still having problems even with their newest 4th Ayden“Suspector” Hill, one may think that finding asolid slayer may not be the answer.

One of EG’s greatestabilities just like every great team is their ability to adapt. Inorder to continuously win and overcome new challenges opponentswill give you, adapting is a necessary ability to have.Throughout Halo 2:Anniversary EG was ableto continuously adapt to every situation they were put in. Thisability in my opinion was the primary reason why EG was able toconstantly win even though teams such as CLG and Denial wouldconstantly put up a great fight. Still having 3/4ths of thatchampionship winning roster, I still believe EG has what it takesto be the best without having a major roster change.

Considering that this season ispretty much done for them, EG is most likely already planning outtheir future. With several promising young prospects emerging fromthe Open Circuit as well as a couple of Pro League players who Ibelieve may fit in well with this team, EG has quite a couple ofoptions moving forward. Here are just a few of the players Ibelieve may fit in very well with EG.

Being a former member of EG backin HCS Season 1 and being a longtime and successful teammate forEric “Snip3down” Wrona, Justin“Roy” Brown and Jason“Lunchbox” Brown, Pistola could easily mesh wellwith these three. After an unfortunate injury in Iron GamesColumbus 2014, Pistola could not longer compete for the rest ofSeason 1 forcing him to give up his spot on the EG roster. Hisinjury prevent us from witnessing what could have been anothersuccessful team for EG especially considering the great mixture ofslaying, support and objective power that was on that team. Pistolahaving a great combination of slaying, support and objectiveabilities makes him a rare breed amongst all the other players.Being able to play all three roles very efficiently makes him avery valuable asset to any team he is on and we have seen just howvaluable he is to this EnVyUs team because of what he can do.Pistola is one of the smartest players in the game and hisintelligence truly shines whenever he is playing. Analyzing eachmap in depth, studying the strengths and weaknesses of every weaponand constantly watching the footage of each game allows Pistola tomaster the game much faster than most players. Pistola’sstrong dedication and natural talent would definitely be useful tothis EG roster.

Although as I said previously,slaying power may not be what EG needs to succeed. However, I amnot one the the EG members therefore I have no idea what they wantin a player. If EG is still interested in pursuing a “Lethullike” player, Rammyy may fit the description very well. Irecently wrote abouthow Rammyy’s slaying talents have taken him a long way and hehas proven in his time subbing for CLG and Allegiance that he iscapable of keeping up with the big time players. Rammyy’sability to slay efficiently at such consistent level makes him oneof most talented and entertaining slayers I have ever seen. I alsotalked about how his great personality has allowed him to buildrelationships with some of the top pros therefore I don’t seehim having any conflictions with anyone on EG.

Although this may be a bit of along shot considering that he is the cornerstone player for TeamLiquid, Spartan’s abilities cannot be ignored. His fastgrowth over the past year has allowed him to reach heights mostplayers can only dream up. Quickly transforming into a great leaderfor Liquid has shown us just how dedicated he is to becoming thebest player he can possibly be. He can slay, support and runobjective and his great personality allows him to not have too manyconflictions with other players. Although his team has not had thebest season, Spartan’s individual performance has been greatmaking me believe that he could really help bring EG to thetop.

After transitioning from CoD toHalo, many were curious to see how well Huke could adapt to the newmechanics. We have seen several Halo pros adapt to CoD but werarely see CoD Pros make an attempt to go Pro in Halo. After anexplosive performance in the Halo World Championship of 2016 withDenial. We were all excited to see if Huke could continueperforming well this season. So far he has only gotten better andunder this Enigma 6 team, his talents are definitely paying off.Being a very talented slayer, he could provide EG with a lot of theslaying power they may still want and his great personality wouldallow him to fit in well.

These are the four players Ibelieve would be solid picks for EG to potentially pick up.Although they may not want to make any team changes and wouldrather build up their chemistry with Suspector, these four playersare players I believe would mesh in really well with this team. IfEG were to make a team change, I would strongly recommend that theydon’t break the trio of Snipedown, Roy and Lunchbox sincetheir chemistry is vital to this team. These are all just mythoughts and EG’s future is only in the hands of the Haloroster itself. Since it’s in their hands, I truly hope this teammakes very smart decisions after this season.

This season has been a greatembarrassment to the EG name and considering how EG just brought ateam house for their players, this team definitely needs to step uptheir game.

What do you think aboutEG’s future and my picks for possible players they may wantto pick up? Let me know in the comments section below.