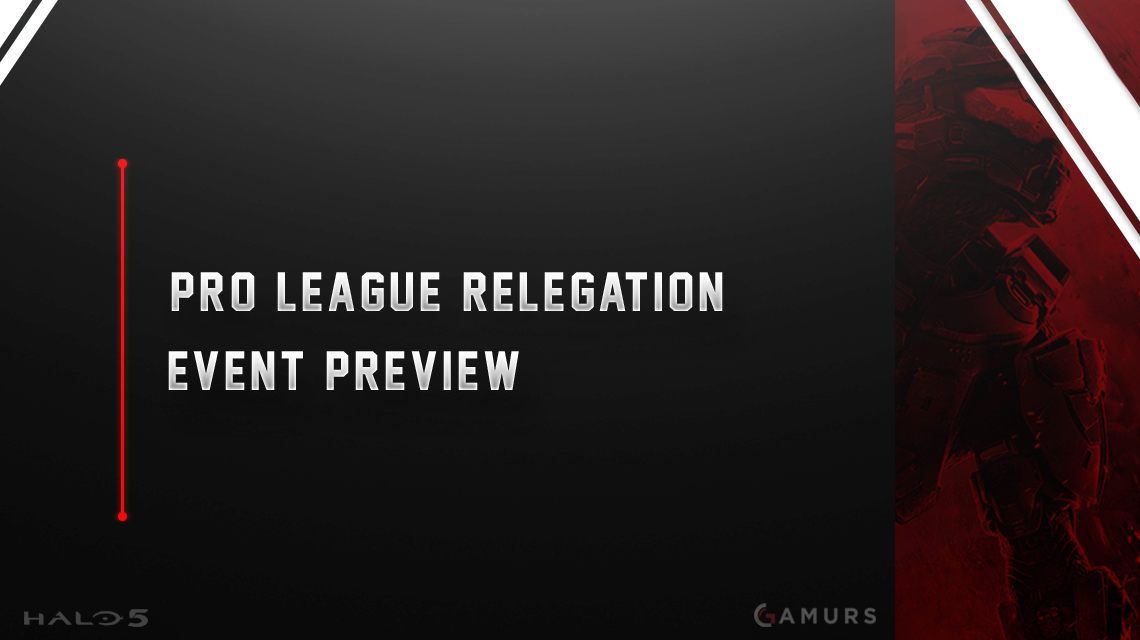 Tomorrow we find out who livesand who dies; four teams will enter the North American HCSRelegation Tournament, but only two will come out on top.Team Liquid and OpTic Gaming, the two bottom teams from the ProLeague will face off against Denial eSportsand TeameLevate, the Open Circuitchampions. Who will it be?

The environment surrounding thetournament will most likely be the contributing factor over whowill be joining the other six teams in the second season of the ProLeague. For those not in the know, the four team,double-elimination tournament will take course over the entirety ofone day. It all comes down to who shows up, and who does not. Teamshave been preparing for several weeks to take this tournament bystorm, so let’s take a look at how the different rosters haveprepared.

Team Liquid, who finishedseventh during the Pro League, is generally regarded as thefavorites of the tournament. They have been the most successfulwhen it comes to scrimming against top teams and have truly pulledthemselves together over the latter half of the season. Over thepast few weeks, they have managed to win the majority of theirscrims, despite going up against the top four teams exclusively.The following is a chart demonstrating their scrim results over thepast month:

OpTic Gaming has also been onthe path to recovery, although not as successfully. While TeamLiquid has been able to consistently compete with the top teams,OpTic has had some major difficulties. Of their last twenty scrims,dating back to the end of June, they have only managed to win oneset of matches. Their one victory was against Team eLevate, a 6-1set on June 22. Since then, much like Team Liquid, they have playedprimarily against the top four HCS teams. Their constant string oflosses should not be seen as completely negative,however.

Team Liquid has been able tocome out on top consistently over both Enigma6 and Team EnVyUs, twoteams poised to have a chance to dethrone Counter Logic Gaming asthe HCS champions. They were also able to defeat OpTic Gaming, oneof the teams they will be playing against, quite decisively. Basedon statistics alone, it is quite clear that Team Liquid is the mostprepared team entering the tournament.

In typical OpTic Halo fashion,their practices have been plagued by the tilt the team often faces.Starting out each series strong, after a handful of defeats theyquickly lose much of their motivation and begin to hand over thegames rather easily. Those watching OpTic’s scrims havecommented on the trends of negativity that have reared their uglyheads. The team often devolves into harsh arguments about themistakes made and put each other on the defensive; not exactly theoptimal team environment.

But what can you expect?OpTic’s roster formed in a peculiar way, picking up aPG toreplace Naded at the last minute, as well as bringing in Str8 Sickto fill in for Flamesword. The team found themselves constantly setback by defeats and delays, putting them weeks behind their ProLeague competition.

Although they have the benefitof a long history of professional experience, it seems like thismight be the last straw for this struggling OpTic Gamingteam.

Looking at the amateur teams ismuch more interesting. Both rosters consist of an odd mix of newblood and old talent. Denial’s roster, consisting ofRammyy,Cloud,Gabriel andFalcated, andeLevate’s team, consisting ofRanda,Brain Strms, Nemassist and V t3ct9, have been touted as the future ofcompetitive Halo. The player we have seen the most of from bothsquads has been Denial’s Rammyy, who subbed for both TeamAllegiance and Counter Logic Gaming during the HCS ProLeague.

While they both possess a newgroup of talented players, how well have they actually prepared fortheir shot at the big leagues?

Examining the scrims of theseteams is a lot more difficult than their Pro League contemporaries.Due to changing gamertags and members, the information surroundingtheir practice is not as widely available. But what we can look atis the team’s performance during the Open Circuit, as well astheir member’s history in competitive Halo.

Outside of a few choice series,namely their 4-3 win over 3sUP Gaming, Denial had a relatively easytime during the Open Circuit Finals. Going undefeated the entiretournament, nothing less was expected of the team that possessedpossibly two of the best players not currently on an HCS Pro Leagueteam. Both Rammyy and Falcated have been said to be among the best,and Rammyy, at the very least, has certainly proved it.

During his substitutions for HCSplayers, Rammyy found himself undefeated, beating both Team Liquidand Renegades while playing for Allegiance as well as Team EnVyUsand Renegades again alongside CLG. But it is a lot easier to lookgood playing with the likes of Snakebite and Frosty; tomorrow weget to see if he really lives up to the hype.

While not as hyped at Denial,eLevate has been a roster that has widely fallen under the radar.Described by E6 player Cratos as “randomly good,” theyare not a roster that should be underestimated. Although they arenot as favored as the other team’s attending the event, theycertainly still have a chance of coming out on top.

Now that we know a little aboutthe teams that will be playing tomorrow, it is time to make somepredictions.

Due to entering the tournamentwith the highest seed, Team Liquid has chosen to face off againstTeam eLevate in the first round. As a result of Liquid’sstrong recovery and practice time well spent, there are few whocould predict anything other than a win for them. They have theexperience and the skill, so as long as they play their game,Liquid should be able to come out on top. This will move Liquid upto the winners finals while pushing eLevate down into the losersbracket.

As Liquid has selected to bematching up against eLevate, that leaves OpTic to face off againstthe hyped roster of Denial. Despite Denial’s obvious skilland experienced leadership through one time nationalchampion Cloud, this is the first LAN event for half of theteam. Playing online and playing in person, with your opponentsitting across the room, cameras zoomed into your face and fanscheering in the background are two very different experiences.While some teams crack under pressure and others rise to theoccasion, it is a safe bet to say that the experienced OpTic rosterwill be able to maintain their composure and come out on top ofthis matchup.

Well, it would be if they wereplaying in such an environment. Due to the schedule of the event,the first round of the relegation tournament will be playedoff-stage on a side station. Once again. a whole new environment.While OpTic has the experience needed to win, they have been knownto crack and turn on each other under high pressure situations. Itis time for some new blood in the HCS and it looks like it willlikely be Denial.

Should Denial win, they willhave to face off against Liquid in the finals, while OpTic wouldhave to play with their life’s on the line againsteLevate.

First off, the match up of OpTicand eLevate, the most unpredictable part of the event.Personally, I feel as though OpTic’s experience will manageto pull them through and allow them to eliminate the inexperiencedTeam eLevate.

Next, you have thewinner’s finals between Team Liquid and Denial. This has beenthe series that many have been waiting for; will Denial provethemselves to be truly good enough to contend with a real HCS team?While they might be ready to enter the league, I do not see any waythat they can contend with Liquid. Team Liquid is hungry for a winand have been practicing their hearts out, being able to competewith the best teams in the world. I feel confident in saying thatLiquid will be able to remain in the HCS for anotherseason.

This leaves the final match ofthe event: OpTic vs. Denial. A repeat of the first round, butseveral hours later, without the teams being as well rested as theywere at the beginning of the day. These games can go either way,and are extremely hard to predict without knowing which teams aregoing to show up that day. It is a tough decision to make, but Ihave got to hand this one to Denial. There is a reason that Rammyyand Falcated are so highly regarded among pro players, and it lookslike they will finally be able to show off their skills in theHCS.

Remember to tune in tomorrow tosee these four teams fight for their future. While the first roundis not streamed, all subsequent games will be. Check them out attwitch.tv/halo.

Who do you think will come outon top? Let us know in the comments below or tweet us @GAMURScom.