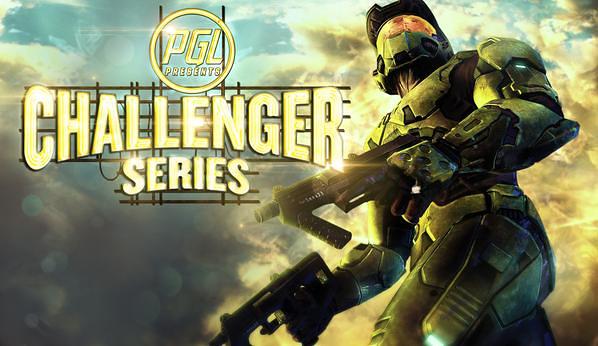 Over the past two days, April 10th to April 11th, 32 Teams competed in an online tournament hosted by Pro Gaming League. The Challenger Series 10k was not a part of the HCS but it did pay out far more than any HCS online cups. The tournament was run as part of their current series of events being played in Halo, Call of Duty and League of Legends. It featured professional and amateur team alike, but no unknown teams were able to make it into the top 8. As such this will mainly focus on the top 8 onward. First it is worth mentioning that Counter Logic Gaming was the lowest placing HCS team in the entire tournament. They were eliminated in the first round, although this isn’t that big of a deal. CLG played against Team Randa and were knocked out by them for the second time in recent events. The series ended up being 3-1. Team Randa was then in turn knocked out after an epic full 5 game set by Evil Geniuses. The top 8 teams of the tournament were Excellence Black, Enemy eSports, Denial eSports, Reality Check, Velocity, Noble Black, Optic Gaming and Evil Geniuses. Moving into the top four were Excellence, Denial (3-0 over RC), Noble Black (3-2 over Velocity) and Evil Geniuses (3-1 over Optic). Excellence had by far the easiest bracket to get to the semi finals, playing against several teams of nobodies. Unfortunately they were in over their heads playing against Denial, a group of veterans. In the end Denial 3-0’d them and moved on to the tournament finals. Noble Black had a more serious tournament, knocking out both Elevate and Velocity. Despite this they were still no chance for last season’s champions and were 3-1’d by Evil Geniuses. Excellence were out matched yet again, this time in the third place decider games. They were once again 3-0’d, giving Noble Black a third place finish (but no prize money). Denial and Evil Geniuses were now playing for a difference of $2,000 in prize money ($6,000 vs $4,000). After an exciting full 5 game set EG managed to pull out the victory. This left the placings as: 1st ($6,000) – Evil Geniuses 2nd ($4,000) – Denial eSports 3rd – Noble Black 4th – Excellence Black 5th to 8th – Optic Gaming 5th to 8th – Reality Check 5th to 8th – Enemy eSports 5th to 8th – Velocity The full bracket for the tournament can be found here This tournament has only made me more excited for next week’s LAN in Atlanta, each set of games makes me question who will take the lead in season 2. Remember to check us out here at esportsblogger for all your HCS and general eSports news.