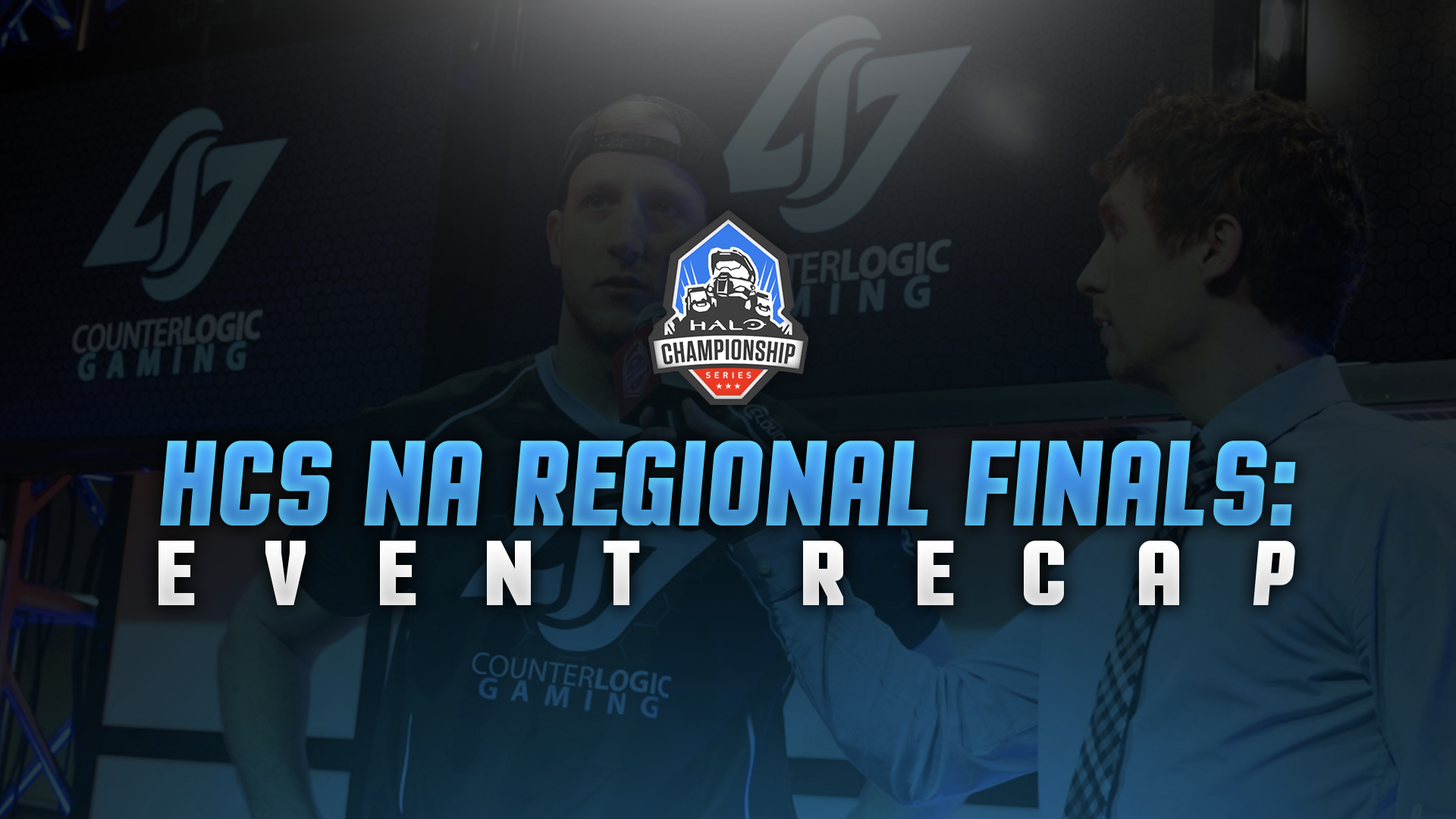 The Halo 5: Guardians action this weekend was heated with rivalries galore, shutouts, close games, and clutch plays in the Halo Championship Series North American Regional Finals. The stage was set to take the top eight North American teams all the way to the HCS Finals in Hollywood, CA and battle it out for their share in a $2,500,000 prize pool.

The weekend began with 16 teams going head to head as we narrowed down to the final eight. The group play was set into four groups, which you can find in our previous HCS coverage from the EMEA/ANZ Regional Finals. Sunday’s quarter-finals lineup was set with plenty of surprises and upsets, one being that of OpTic Gaming, a fan favorite, not even qualifying for the HCS finals.

Day three started off with a bang as we cleared up the final two quarter-final matches. Both Counter Logic Gaming and Evil Geniuses winning their matches with a 3-0 sweep. Excitement was still brimming with the play from Cuyler “Huke” Garland of Denial eSports to finish off Team Liquid in their quarter-final match. https://twitter.com/HCS/status/701242226291011584   https://twitter.com/Tashi343i/status/701251791703449601 The Denial team was looking to go the distance as they went to game seven in the semi-finals, winning against Allegiance to advance to the Grand Finals. It truly set the tone for the rest of the event as each game got us closer to seeing who truly was the top team in North America. CLG and EG’s series began with a commanding 2-0 start from CLG. The third game ended in a tie but ultimately went to CLG on the second round. In swift fashion, CLG moved onto Finals with a 4-0 sweep over EG. The Grand Finals match between CLG and Denial felt almost like a clash of the titans and we haven’t even begun the World Finals tournament. CLG took the first two rounds over Denial, winning Coliseum CTF 3-1, and Truth Slayer 50-25. It looked only for a moment that Denial was on tilt, but they brought it back winning 100-85 on Empire Strongholds, and Fathom CTF 2-1. It was looking like we would see the Finals go the distance headed into Plaza Strongholds. However, CLG took all the momentum Denial had gained from game four and stopped them in game five as they took the victory in six games, meaning that CLG won the NA Regional Finals. https://twitter.com/Halo/status/701562780013486081 Finally, the stage is set for the Halo World Championship Finals. With 16 teams total and a $2,500,000 prize, it’s high time we see the true Halo 5 Championship Team. We’ll be back March 18 – 20 as we see all these great players and teams clash in top level play. You can certainly look forward to great rematches from many teams, here’s to hoping that Denial gets a second chance against Counter Logic Gaming for another showdown of epic proportions. Or perhaps Team Liquid will redeem themselves after their loss to Denial. Let’s not forget the teams from around the world all looking to take that grand prize either. https://twitter.com/HCS/status/701565714847543297 What were some of your favorite plays from this weekend? What team do you have taking the HCS World Finals? Let us know in the comments below or on our Twitter @eSportsNation.