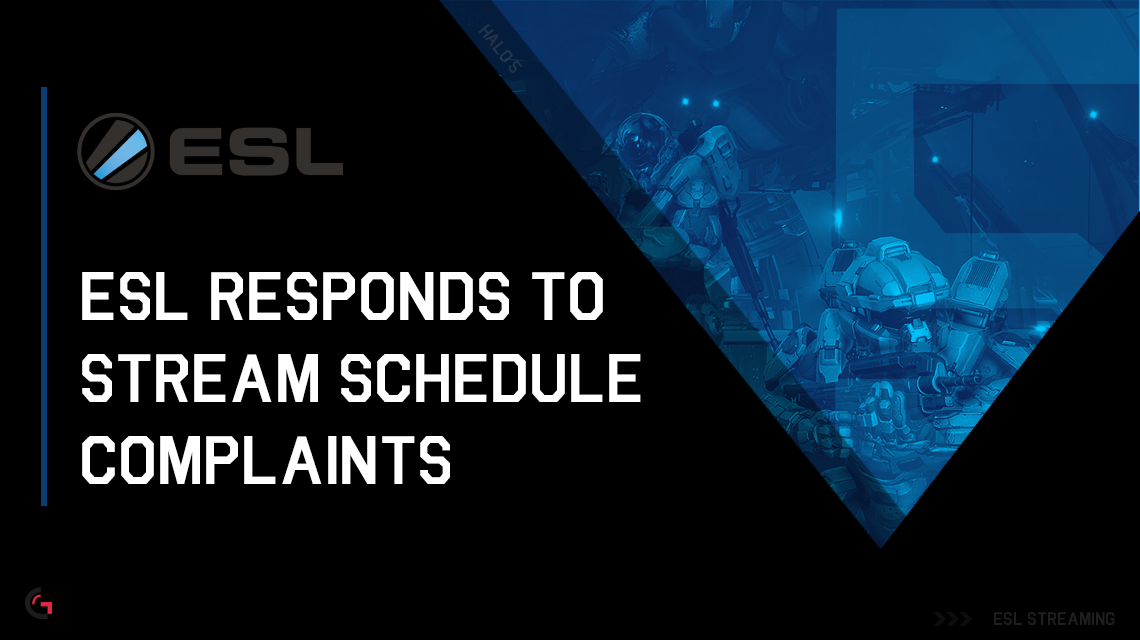 The competitive Halo communityhas been up in arms, and for good reason, about the details of theupcoming HCS North American Finals and Relegation Tournament. Itwas revealed by member of eLevate, Dillon“Randa” Randa, that the first round of the relegationand promotion tournament would not be streamed on Saturday.Instead, the matches of Team Liquid vs Team eLevateand OpTicGaming vsDenial eSports will be played on warm-up stations, leavingfans in the dark.

Fans were, as noted, very upsetabout this. You can read about thisoutrage here on GAMURS and see many of the complaints raised byvarious members of the community.

The outcry against this policyquickly culminated to a post on the front page of the Halosubreddit.  Today, the senior product manager of ESL Americahas responded to these complaints in the form of a comment onReddit:

We have heardthe community’s conversations about relegation matches, andwe wanted to let you know why the decision was made to play Round 1matches off-stream. Our main goal was to make sure all teams aregiven an opportunity to compete in streamed matches on stage and onLAN in order to provide the best possible Halo experience forplayers and fans alike.

Due to thefact that the finals are happening at an off-site venue (which hasspecific regulations we need to follow), and that we have switchedto a double elimination, Bo7 format, this has put a considerabletime constraint on the event. As a result and after intensiveinternal and external discussions, we landed on a schedule thatmakes the best use of the available time and ensures allelimination and qualification matches are shown. To accomplishthis, we had to sacrifice streaming the Round 1 relegationmatches.

We understandthat many of you have loyalties to the teams that are playing inrelegation. With the double elimination format, we are still ableto bring all of the relegation elimination and qualificationmatches to the stream without the teams having to wake up at anexcessively early hour and still giving the players amplepreparation time for decider matches.

Given ourconstraints, we feel this is the most favorable solution. We knowthe value of watching your favorite teams play and we share yourpassion for competitive Halo. Our team is working around the clockto create a finals experience worthy of the HCS ProLeague.

We apologizefor the delay on releasing this information and the schedule,especially with so much on the line, but we felt it necessary toexhaust all options regarding the stream and factor in all thevariables before making the final decision. We will continue tofind ways to improve the future for the HCS ProLeague.

As always, weappreciate your valuable feedback and continued support, and wehope you enjoy the HCS NA Finals.

It seems that despite the outcry from the community, ESL issticking to their policy and not bending to the will of thecommunity. His response was largely met with more negativity anddisappointment.

We at GAMURS will try our bestto keep you updated on the situation and cover all of the event,happening this weekend.

What do you think aboutESL’s response? Let us know in the comments below or tweetus @GAMURScom.