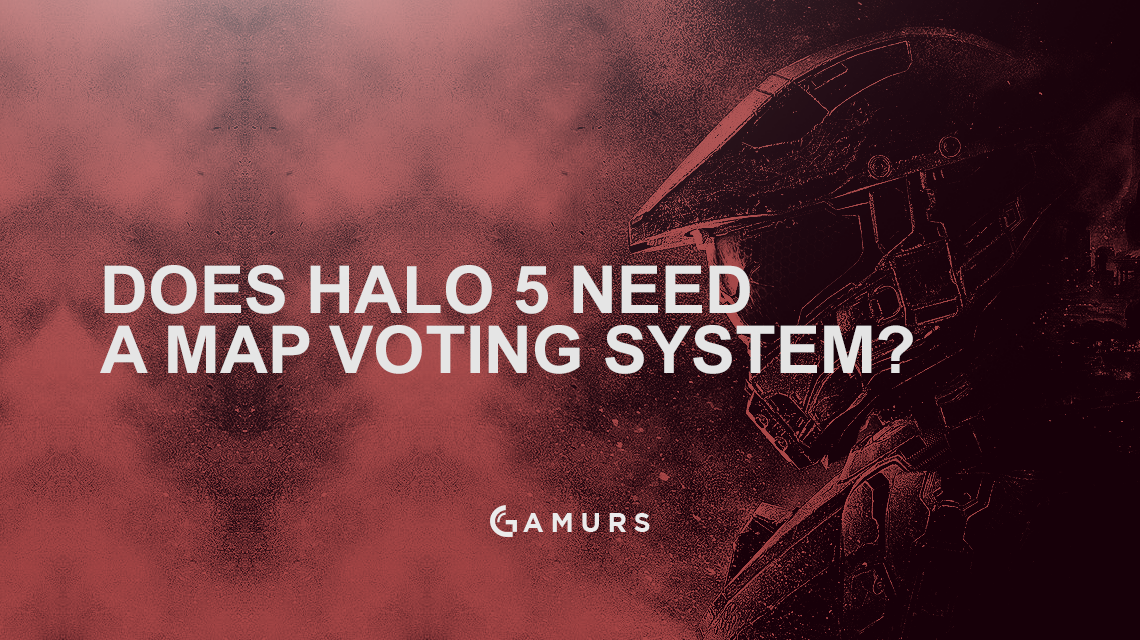 Whether ornot Halo5 should have a mapveto system is one of the most controversial topics to discuss inthis game. Ever since the veto system was created years ago, thesystem divided the fan base; some fans believe that it is a greatsystem that prevents players from having to play the same maprepeatedly, while others believe that the players ability toinfluence which map they play will still cause repetitiveness,therefore doing nothing to help the game itself. Recently, thistopic has gained more attention than usual with a popular Haloplayer by the name of Veto giving his opinion on the system and whyhe feels it needs to be implemented in Halo 5.

To clarify what a veto or votingsystem is, it is basically a matchmaking system that allows playersto either chose a variety of maps to play on or veto the currentmap loading in the hopes that a better map would be chosen to playon. Back in Halo3, players could onlyveto the current map loading and hope for a better one to pop up,while in Halo:Reach, players couldeither choose a variety of maps to play on or choose theoption None Of TheAbove to have a newselection of maps to choose from.

Many players who do not likemany of the current Halo5 competitive maps feela voting system is necessary to enhance everyone’s experience inmatchmaking. Many are starting to get frustrated with having torepeatedly play the same maps over and over again, with the onlyoption to avoid this problem being to quit your build. As someonewho tends to have this negative experience several times per day, Ican say that a veto system would greatly enhance my in-gameexperience.

To me, the question is notwhether or not we need a voting system in Halo 5, but what kind of voting system we shouldimplement. Depending on which one 343 adds, the system may benefit both us and343 in the long term. As I said previously,Halo: Reach had a voting system that allowed playersto choose the exact map they wanted to play on. Although thisbenefited the players by allowing them to play on their favoritemaps, this also helped Bungie by allowing them to determine the popularity ofeach map.

One of Halo 5’s biggest problems with the Team Arena playlistis determining what the community’s favorite and least favoritemaps are. Although most tend to heavily dislike Stasis, it is hardto determine what the community’s most popular maps are in the restof the pool. This could potentially be a pretty big problem in thefuture with 343 currently working with Forge Hub on picking out some of the top Arena Forge mapsto implement in Team Arena. Without some solid stats to determinethe maps the community currently loves the most, 343 may get rid of one or two Arena maps that mostof the community may have enjoyed, causing a confrontation that iscompletely avoidable.

For me, it is a no brainer thata voting system would be an extremely beneficial addition toHalo 5’smatchmaking, considering that itcould help both the developer and the players. We are seeing theeffects of having no voting system in the game with several playersquitting the game once they play a map more than once and theplayers should not be to blame for this. Playing a video gameshould be an enjoyable experience for everyone, but having torepeatedly play the same map simply is not enjoyable for most and asolution needs to be created.

What do you think aboutHalo 5 needing a map voting system? Let me know in thecomments section below.
Zachery Chevere can be contactedon Twitter @PmL_Zarhaz