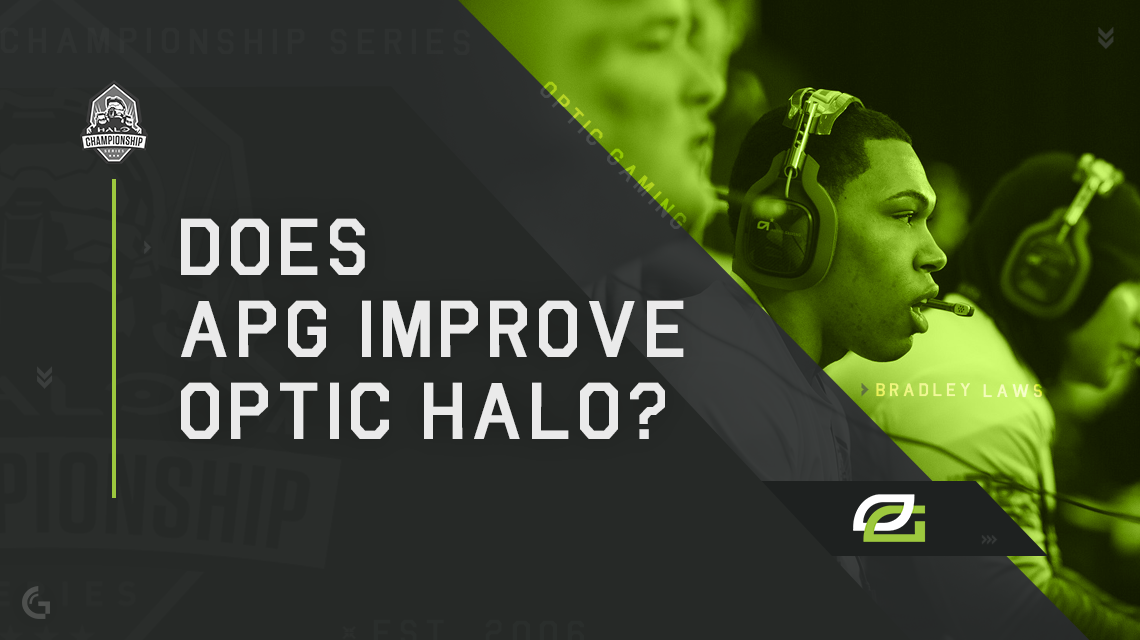 After helping the team maintaina close series in their first Pro League match against CLG, Bradley“APG” Laws will most likely become the new 4th for thisOpTic Gaming Halo team. This talented individual recently came outof a serious concussion forcing him to give up his spot on the TeamLiquid roster, but now he is back and determined to become anofficial player for OpTic Gaming. Unfortunately, OpTic lost thematch vs. CLG 3-1 and also lost their second Pro League match ofthe season.

After watching their seriesagainst CLG, I quickly noticed that this team seems to be much morein sync with each other with APG compared to when Naded was withthem. With APG, OpTic plays a much more aggressive slaying stylewhich I think works best for them. This allows both Manic and Str8Sick to really shine as players since they both perform best whenthe game is faster paced.

With Naded, I noticed thatthere were disagreements on how some gametypes on certain mapsneeded to be played. Naded and Ace would tend to meet eye to eye onmost ideas while Maniac and Str8 Sick would tend to go theirseparate way. This split in views basically cut the team’sabilities in half which greatly hurt them when having to play thetop teams.

Although one series can nevertell the story of how a team would perform through an entireseason, this match against CLG tells me that OpTic has improvedgreatly with APG. If Naded were to have stayed with OpTicthroughout the Pro League, I don’t think this team would haveeven come close to touching CLG considering how argued. APGgives them a better shot.

OpTic has not yet made anofficial statement announcing APG as their new 4th but after agreat series and a limited amount of time to make a decision, itwould be very wise for them the make him an official member. He hasproven that he improves OpTic’s chances of winning and Idon’t think any other free agent can come close to providingwhat APG can provide.

What do you think about APGpotentially joining OpTic? Let me know in the comments sectionbelow.