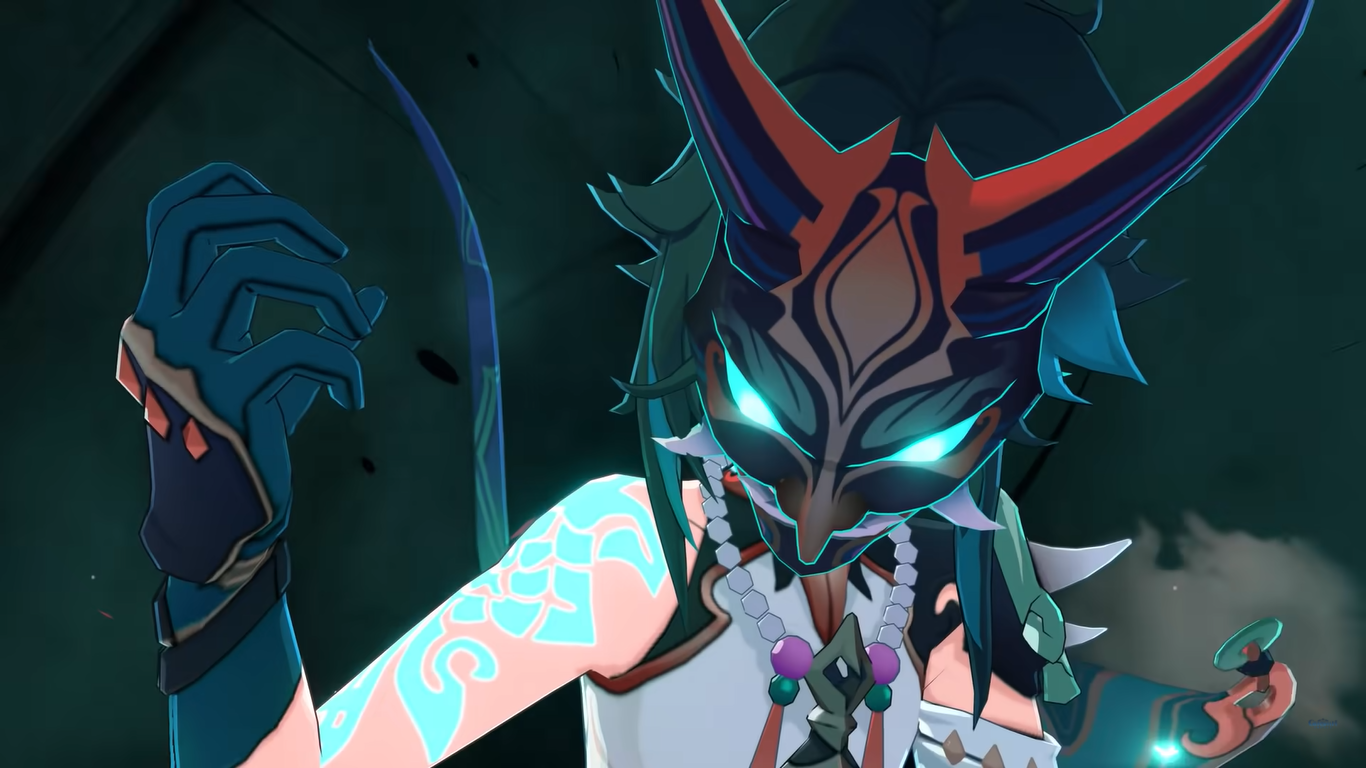 The Chasm is the darkest place of Genshin Impact, an underground mine where players encounter scary creatures and must lighten the path not to fall to their doom.

The main quest, End of the Line, will take players into one of these traps. They’ll have to find a way to leave a cursed area where time stops and space forces them to make rounds without being able to escape.

When approaching the end of the quest, players will be required to “Enter a new space,” which will take them to the Realm of the Illusions Domain where they’ll get the Compass Yanfei was looking for. They’ll find out it has the power to tinker with time.

Completing the Domain can take over an hour if players don’t find the solution but will only take 10 minutes or so if they do.

Here’s the solution to the Realm of Illusions domain to complete the “Enter a new space” step of the End of the Line quest in Genshin Impact.

To complete the quest, players will have to tinker with the Compass by moving its needle. They’ll be able to unlock new realities when modifying the area and going through portals.

To alter the next reality, you’ll have to switch both positions of the needle, back and forth, each time changing something in the present reality. Here’s a step-by-step guide.

Defeat the enemies and raise the lever

When entering the area for the first time, you’ll have to defeat a few enemies using Yanfei. Do this and then raise the lever on the right of the compass (if there is one). Next, move the needle backward or forward, whichever way is available. Lastly, go through the portal to enter the next altered reality.

In the beginning, the needle can only move in two places, so it’s not hard to find which direction to take. If the needle doesn’t move before you enter the portal, you’ll simply end up in the same reality.

Once you’ve raised the lever, you’ll see in the next altered reality that the tree was crushed by the stones you freed. Instead, only a small branch will remain.

To progress through the Domain, hit this branch to destroy it. This will free the lower part of the compass in the next reality. Before heading through the portal once again, rotate the needle once again.

Turn the needle to the right lower side of the compass

You should see a sign on the right being freed by the steps you’ve completed before. Rotate the needle on this sign, and then enter the next portal. If it’s done correctly, the portal will turn red.

Turn the needle to the left lower side of the compass

By entering the next reality, you’ll notice another lower side of the compass has been revealed through time. Rotate the needle on it to progress. If it’s done correctly, this time, the portal will feature a light glow.

Access the final symbol on the bottom of the compass

This is the last step of the Domain. Over time, the whole compass has come out of the ground and for the first time, you can access the lower symbol. Rotate the needle on it to head to the final area of the Domain. The portal should directly reflect the other one, this time.

After going through this portal, you’ll be able to access the next objective and progress through the quest.